Teachers in Ontario’s northern school boards are sounding the alarm about back-to-school plans, saying the region’s vast geography and sparse population present challenges not considered in southern parts of the province.

School boards provincewide are still in the process of developing contingency plans for September, and while the teachers say reopening will be hard for everyone, they note that the general guidelines developed by the Ministry of Education don’t take into account the lack of resources in the Far North.

“We want to be in the schools. We want to be delivering quality education,” said Kim Douglas, president of the local elementary teachers’ union for the Keewatin-Patricia District School Board. “(But) I don’t think they have enough equipment, enough cleaning, enough help to even allay the fears that people are feeling, going back into the school.”

The Dryden, Ont.-based union representative, who spent three decades as a teacher, said schools in her board are few and far between, and have scant staff.

In one school, she said, there’s one full-time teacher, a part-time teacher and an education assistant. There’s no administrator, which raises a new host of problems during a pandemic.

“When there’s no administrator on site, and a kid gets sick, what do you do?” Douglas said. “Who’s gonna be responsible for that child?”

But the barriers to remote learning are also greater up north, she said.

“A lot of us don’t have Wi-Fi abilities at our homes,” Douglas said. “We pay an exorbitant amount of money to get Wi-Fi. And for us to do online learning, it’s been a challenge for many members. I’ve had members who have paid upwards of $700 for their Wi-Fi, just to do the distance learning.”

And while she noted that the risk of contracting COVID-19 in her region is relatively low, many people live along the Trans-Canada Highway and could be coming into contact with truckers and other travellers who have recently been in coronavirus hot spots.

Louis Clausi, a representative for the northeastern unit of the Ontario English Catholic Teachers Association who was a high school teacher for 20 years, said the geography in his board is also an issue.

“For me to even drive from one end of my board to the other, to go from Kapuskasing to Cobalt, is a six-hour drive,” he said. “It’s hard for the board to organize such a large area and to deal with all these specific issues.”

He listed daycare and busing as two areas of particular concern.

And he said in his region, it’s even more important to come up with a plan quickly – some schools are due to resume in late August because they take a break in October for the hunt.

Lecce later said he expects all students to start the 2020-21 school year with the blended model, which will see no more than 15 students in class attending on alternating days or weeks.

But more recently, he’s expressed a preference for fully in-class learning and said it’s looking increasingly likely that it will be possible.

“That data’s fluid, but it’s moving in the right direction,” Lecce said late last week. “It gives us promise about our reopening plan to get to where those boards, a lot of parents and every member of our caucus wants to go – which is day-to-day learning. Our kids need it.”

Academically speaking, the kids are going to be okay
July 9, 2020 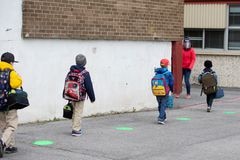 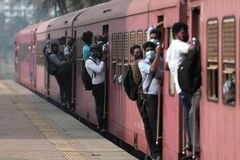