Federal scientists and academics are warning that Canada’s climate is warming rapidly and faster than the global average, saying human behaviour must change to slow the shift.

Officials from Environment and Climate Change Canada presented the first study of its kind, titled Canada’s Changing Climate Report, on Monday. It has been in the works for years and is the first of a series aimed at informing policy decisions and increasing public awareness and understanding of Canada’s changing climate.

The report says that Canada is warming at twice the rate of the rest of the world and that Northern Canada is warming even more quickly, nearly three times the global rate. Three of the past five years have been the warmest on record, the authors said.

Marjorie Shepherd, director of the climate-research division at Environment Canada, said that warming is not uniform and some regions are warming more than others, and that on average, since records became available in 1948, temperatures in Canada have increased by 1.7 degrees. Annual average temperature over Northern Canada increased by 2.3 C since 1948.

“While both human activities and actual variations in climate contribute to this observed warming in Canada, the human factor is dominant,” Ms. Shepherd said.

The report is the latest to warn of potentially devastating effects from global warming and comes amid a pitched battle over Canada’s climate-change policies.

Projections are based on the Coupled Model Intercom-

Canada in a Changing Climate: Advancing

our Knowledge for Action 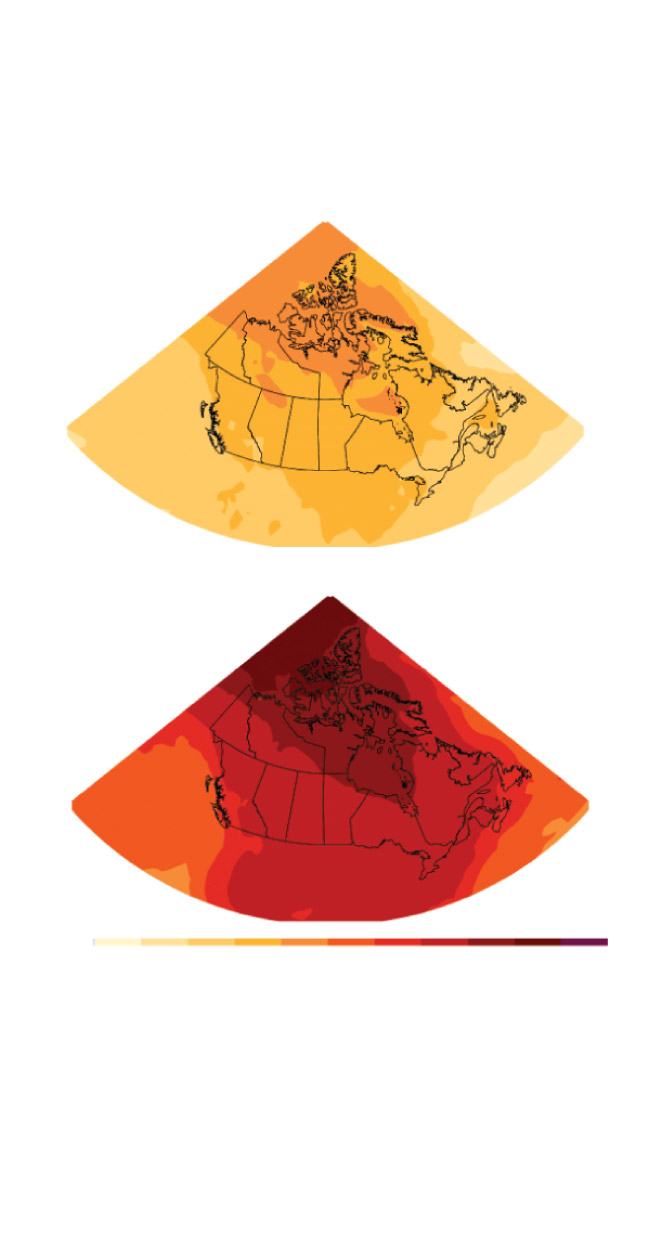 Projections are based on the Coupled Model Intercomparison

Project (CMIP) multi-model ensemble. Changes are relative to the

in a Changing Climate: Advancing our Knowledge 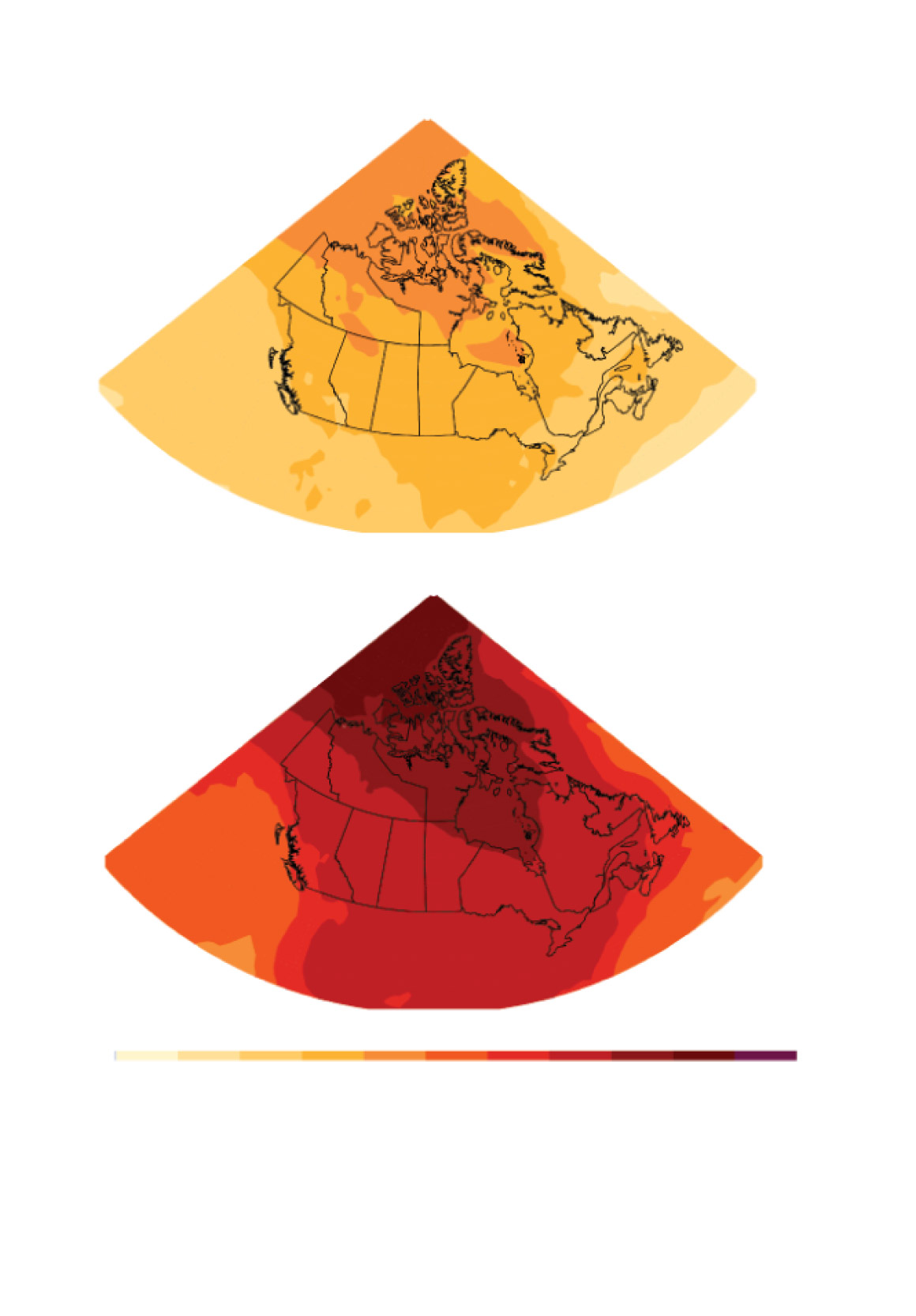 Projections are based on the Coupled Model Intercomparison Project (CMIP) multi-model ensemble.

JOHN SOPINSKI/THE GLOBE AND MAIL, SOURCE: Canada in a Changing

Climate: Advancing our Knowledge for Action

The federal levy is the centrepiece of Prime Minister Justin Trudeau’s climate policy, but remains subject to court challenges and is deeply opposed by some provincial premiers as well as federal Conservative Leader Andrew Scheer.

“The effects of widespread warming are evident in many parts of Canada and are projected to intensify in the future,” Mr. Derksen said.

The report said the proportion of Canadian land and marine areas covered by snow and ice have decreased while permafrost temperatures have climbed. The effects are especially pronounced in the Far North.

Canada has seen significant reductions in sea ice during summer and fall between 1968 and 2016, with declines between 5 per cent and 20 per cent each decade depending on the region.

The scientists also found that glaciers in Canada have receded over the past century, citing a “rapid acceleration in area and mass losses over the past decade, due primarily to increasing air temperature.”

Nancy Hamzawi, the assistant deputy minister of the science and technology branch of Environment and Climate Change Canada, said “the science is clear.”

“Global emissions of carbon dioxide from human activity will largely determine how much more warming Canada and the world will experience in the future," she said.

Under the 2015 Paris accord to which Canada is a signatory, countries agreed to limit the average temperature increase to well below two degrees, with a goal of no more than 1.5 degrees.

Last fall, the United Nations Intergovernmental Panel on Climate Change said that goal is still achievable, but warned it would require unprecedented political commitment to slash the use of coal, oil and natural gas, and to rapidly deploy technology that removes carbon dioxide from the atmosphere. The IPCC has said the world is currently on track to see between 2.7 and 3.4 degrees of warming.

“It’s important to recognize that additional warming is unavoidable and associated changes in climate will be experienced," said Elizabeth Bush, climate science adviser at Environment and Climate Change Canada.

"We are already seeing the effects of widespread warming in Canada at current levels of warming, the additional effects are unavoidable, so it’s clear the science supports the fact that adapting to climate change is an imperative.”