Ontario is experiencing an unprecedented rise in calls for help about elder abuse, a sector that was under-resourced even before the COVID-19 pandemic, advocates say.

At the same time, the budget for the province’s main non-profit organization, Elder Abuse Prevention Ontario, has fallen this year, even as experts say demand has exploded. Call volumes at a separate 24-hour crisis line for elderly people, the Seniors Safety Line, which offers support for those experiencing abuse or are looking for advice, are on track to more than triple this fiscal year.

“It is a catastrophe of elder abuse right now,” said Laura Tamblyn Watts, chief executive officer of CanAge, a national seniors’ advocacy organization. “It is a crisis state.”

Elder abuse is all-encompassing term that describes many forms of mistreatment: physical, emotional and financial, such as misuse of power of attorney. It also includes neglect and isolation, which have been made worse by COVID-19. Close contacts and even family members can be sources of abuse, experts say, citing examples such as: a woman forced by her family to live in the garage, with the windows darkened; a landlord who found an elderly tenant alone in bed, covered in feces; a family who claims $250,000 was stolen from their grandmother.

“When older people are the most vulnerable, they become a lot more dependent very quickly on family members, friends, neighbours et cetera, and you can start imagining how that really opens them up to becoming easy targets or easy prey,” said Samir Sinha, director of geriatrics at Mount Sinai and the University Health Network hospitals in Toronto.

Elder Abuse Prevention Ontario (EAPO), an organization dedicated to raising awareness about the issue, has not seen significant funding increases in more than a decade. Annual funding for 2020-21 fell to $800,000 from $900,000 the year before, despite the increased needs of the pandemic. The organization lost three staff members and only employs seven people, with leadership describing having to fight to even exist.

The organization is primarily an information line, and unlike Children’s Aid Societies or Adult Protective Services in the United States, it does not respond to calls of distress or abuse.

Raeann Rideout, director of provincial partnerships at EAPO, said there has also been an influx of calls at the organization over the past year.

“Obviously we could have more services … now with the pandemic, people are trying the best that they can,” she said. “If you take everything into context – the amount of calls, people looking for help and assistance, people are isolated and needing supports – [it] has gone up significantly.”

Marjan Lipaj, 43, believes his grandmother, who was living in a long-term care home in Mississauga, was bilked out of tens of thousands of dollars before she died in April last year, by a real estate agent who became her power of attorney. Mr. Lipaj, who lives with his partner in Slovenia, said the staff at EAPO tried to help him contact the Ontario government to ask for help, but no one responded, and he can’t afford a Canadian lawyer.

“Not a single help … it’s super, super painful,” he said.

Another resource, the Seniors Safety Line, is run by a domestic violence organization, not Elder Abuse Prevention Ontario, because of a lack of staff and infrastructure. While the Ontario government doubled funding to the safety line to $340,000 this year, the money is not annual, employees say, meaning the organization is not able to plan with permanent staff.

Yvonne Harding, manager of resource development for the Assaulted Women’s Helpline, which also runs the seniors’ crisis line, said call volumes have steadily increased in recent years from 4,000 to 7,000 to 11,000 calls a year. In the six months between April and September, 2020, she said, the line received around 18,000 calls, some from across the country.

“We have not actively promoted the [Seniors Safety Line] because we don’t know what kind of capacity we can support in any given year. But we know that the need is huge,” Ms. Harding said.

Raymond Cho, Ontario’s Minister of Seniors and Accessibility, said the government has made “important investments” in programs to combat elder abuse, including doubling the funding for the Seniors Safety Line to hire more operators. But he said it’s also up to the community to step in.

“COVID-19 and the lockdown affects seniors. We are the most vulnerable citizens,” said Mr. Cho, who is also a senior. “There are bad apples who try to take advantage of this crisis situation. Also, government can do so much, but individually as family members we could try, too.”

The problem, Ms. Harding said, is that elder abuse is already under-reported: “A lot of seniors have been tucked away quietly dealing and coping with this. Like so many things, COVID has exposed the need.” 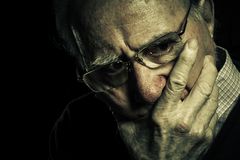 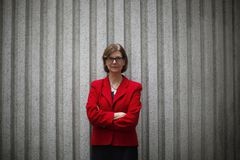 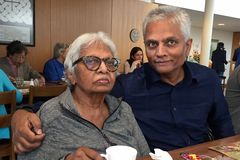