A new policy by the OPP to not disclose the gender of victims or alleged perpetrators of crimes has been criticized as a move away from public transparency.

Concerns have been specifically raised by researchers and anti-violence advocates, who fear this move will blur the public’s understanding of the realities of violence against women and intimate partner violence.

“I’m disappointed, and I think this is not a move forward,” said Farrah Khan, manager of Consent Comes First at Ryerson University in Toronto. “We won’t know the breadth and depth of an issue unless it’s reported accurately. And we need that so that we can take action with our policies, with our procedures and with our services that we provide.”

The Ontario Provincial Police, which provides service to 325 communities across Ontario, will still release names, ages, hometowns and court dates when people are charged with crimes. But they decided in May to stop releasing people’s gender, Staff Sergeant Carolle Dionne said, after a review of the Police Services Act revealed they have no legal obligation to release that information.

The change was not sparked by any specific case, but is an effort by the service to reflect “the change of times,” Staff Sgt. Dionne said. For example, she noted, Ontarians now have the option to list their gender as “X” (versus male or female) on their driver’s licences.

She said they recognize officers should not be making assumptions based on a person’s appearance because there is a risk of misgendering someone. Experts agree, but argue there is a way of ensuring gender identity is respected while still keeping the public informed. Data on gender will still be collected internally for analytical purposes, Staff Sgt. Dionne said. And in some cases – for example, if police are trying to identify a suspect or find a missing person – that information may be temporarily necessary in a media release. But once charges are laid, she said, any reference to gender would be removed.

Brian Beamish, Ontario’s Information and Privacy Commissioner, said in an e-mail statement that the province’s access and privacy laws “do not prohibit disclosing the gender of an individual. This is a decision that is within the discretion of individual police services. There may be other considerations, such as the Ontario Human Rights Code, that may impact the exercise of this discretion.”

Through a spokesperson, the Ontario Human Rights Commission’s chief commissioner declined to comment.

This is the latest debate to have been sparked around what details police departments can – and ought to – release about crimes and the people involved.

Controversy erupted in Alberta in recent years after some police departments refused to release the names of women who had been killed by their partners in murder-suicides, citing the families’ privacy concerns and saying that there is no “investigative purpose” for sharing the identity of the victims, because there was no court case. Anti-violence advocates argued that more information was needed about every violent death in order to educate the community. (Edmonton Police Service recently reversed their stance on withholding names.)

Myrna Dawson, director of the Canadian Femicide Observatory and the Domestic Homicide Prevention Initiative, said Tuesday that news of the OPP’s gender policy reminded her of that debate.

She said the move is “very concerning,” particularly from a research point of view – and particularly in relation to cases involving violence. “The bottom line is, if they go this route, there is no way to track men’s violence against women and there’s no way to track transphobic violence,” she said.

The Femicide Observatory relies largely on media coverage to track femicide cases across the country. Last year, roughly 150 women and girls were killed in Canada. Of those, 65 were in Ontario.

“I’m trying not to get paranoid, but the more that researchers rely on media reports, it seems the more they restrict the information that’s coming out,” Prof. Dawson said.

For Holly Johnson, a criminologist and retired criminology professor from the University of Ottawa, it feels like one step forward and two steps back, particularly given the growing recognition of the importance of data.

Toronto Police Service, for example, announced last week that they have officially begun collecting race-based data – a move for which anti-racism advocates have long called.

“It sounds like OPP is going to put a release out that a person has been murdered by another person – versus that [for example] a man is charged with murdering his wife,” Ms. Johnson said. “It’s an important distinction. We’re not just people being violent toward people.”

The OPP policy feels like “an overcorrection," Ms. Khan said. “It seems more like protecting from liability and an inability to move with the times to talk about the multiplicity of gender, that gender is a wide spectrum. Maybe, yeah, you don’t know the gender of someone right away. … That doesn’t mean you shouldn’t be reporting on it."

“It shields our understanding, as the public, of domestic violence and partner abuse.”

She argued that even those terms ignore the gender implications of these crimes, which is why gender data are important – not just in annual reports, but in real time.

Marina Adshade, a professor at the University of British Columbia‘s Vancouver School of Economics and the School of Public Policy at Simon Fraser University, agrees gender is not an irrelevant factor. 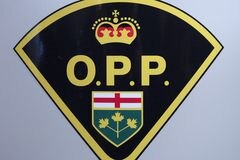