Retired judges of the Supreme Court of Canada say the politically charged nomination hearings south of the border reflect badly on the impartiality of the United States Supreme Court.

In Senate hearings that riveted the United States last week, Supreme Court nominee Justice Brett Kavanaugh was questioned by Republican and Democrat senators about allegations of sexual assault dating to his high school years, which he denies. The allegations have divided the country and Justice Kavanaugh criticized the Democratic Party, accusing it of a “calculated and orchestrated political hit.”

One former Canadian judge, Frank Iacobucci, said Justice Kavanaugh’s expression of “animus” toward members of the Democratic Party raises questions about his appointment.

“You’ve got to remember the institution of the court in whatever you do,” Mr. Iacobucci, who sat on the Supreme Court from 1991 to 2004, told The Globe and Mail.

“You don’t want to be seen to have people going on courts that carry an animus towards a group of people – politicians or whatever," he said. "A court is bigger than the men and women who serve on its bench because it is a very important institution of our democracy.”

Kavanaugh vote: The FBI report, the protests and what comes next

Mr. Iacobucci has a strong claim to non-partisanship. He was appointed by a Progressive Conservative prime minister, Brian Mulroney, and just this week was named by Justin Trudeau’s Liberal government to lead consultations with Indigenous peoples on the Trans Mountain pipeline project. He is also a former deputy attorney-general of Canada.

Mr. Iacobucci said he was not telling the United States what it should do. “I’m a Canadian looking at this from afar,” he said. “I’m only talking about something that I know – the comportment of judges.”

Marshall Rothstein, an appointee of Conservative prime minister Stephen Harper who sat on the Supreme Court of Canada from 2006 to 2015, was the first to take questions from politicians in a Canadian-style nomination hearing. He had a different view than Mr. Iacobucci, saying that while some of Mr. Kavanaugh’s answers “went a little overboard,” that was understandable given the extreme pressure he was under.

“I hope that the process in Canada doesn’t go where this one has gone," he said. "I can’t think of a worse way for somebody to be elevated to the Supreme Court of any country.”

Unlike the U.S. model, the ad hoc Parliamentary committee in Canada that asks nominees questions has no power to “advise and consent.” The prime minister retains the prerogative to make the appointments, without needing the support of Parliament.

While initially there were concerns that such hearings would “politicize” the appointments, they have been mostly quiet affairs. Advance notice is generally not more than a week, and sometimes as little as three days, giving little time for research, investigation or scrutiny of nominees. By comparison, eight weeks passed from Justice Kavanaugh’s nomination until the first hearing.

Louis LeBel, who was appointed by Liberal prime minister Jean Chrétien and sat on the Supreme Court of Canada from 2000 to 2014, said he is concerned about impartiality and preserving the “judicial character” of the U.S. Supreme Court.

“I see a process that appears to be breaking down, with impacts on the appearance of impartiality of the Supreme Court,” he said in an e-mail.

“At some point, our neighbours will have to think hard about how should politicians conduct a political process of appointment in a more impartial ... manner, in order to safeguard the judicial character of the Court. At some point, you get a feeling that this is conducted as if it were an appointment to another political branch of the US Congress. It would require a degree of political wisdom and restraint that is presently lacking.”

John Major, who sat on the Supreme Court from 1992 to 2005 and was a Mulroney appointee, wrote the court’s pivotal ruling on sexual assault in 1999. The case, known as Ewanchuk, set the modern definition of what constitutes consent in Canadian law.

He said there were “circus elements" to the hearings and should serve as a warning for Canada. “That’s such a disgraceful-looking performance that it should drive the Supreme Court of Canada away from it." 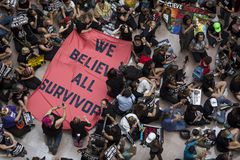 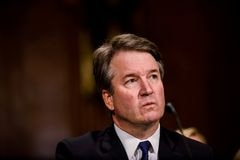 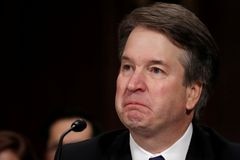