An independent review of Canada’s pandemic early-warning system has called for a “critical rethink” of the operation, and has recommended the federal government overhaul how it conducts risk assessments on outbreaks.

The review, made public on Monday, was ordered after a Globe and Mail investigation last year detailed how the system was mismanaged before the pandemic, affecting how Canada gathered intelligence on COVID-19. Those problems, along with a faulty risk-assessment process, led the government to repeatedly state in early 2020 that the outbreak posed only a low risk to the country.

In its most significant recommendation, the 82-page report calls on the government to create a risk-assessment office within the Public Health Agency of Canada (PHAC). The new office would work closely with the pandemic early-warning system so Ottawa can more effectively process information and assess the threat of outbreaks, allowing decision-makers to act faster in a crisis.

More than 26,000 Canadians have died of COVID-19, and Canada is one of many countries examining what could have been done better to contain the outbreak in early 2020 so it can confront a future threat more effectively.

The panel found that the early-warning system, known as the Global Public Health Intelligence Network (GPHIN), had become isolated within the government, and called for it to be better used.

“The panel has observed that GPHIN is not well connected to the essential function of risk assessment, a critical step in early warning and response,” the report says. “If GPHIN’s early signals are not being fully incorporated into the risk-assessment [process], then its intelligence is not being fully leveraged.”

“This is an opportune time for this critical rethink of these important functions and how GPHIN should fit within them,” it says.

GPHIN is a highly specialized unit within PHAC staffed by doctors and epidemiologists who use artificial intelligence and human analysis to scour the world for signs of outbreaks, or track existing ones. Created in the 1990s, the system combs through everything from local news reports in many languages to medical data and other sources. GPHIN was instrumental in tracking past outbreaks such as SARS, H1N1, MERS and Ebola, and supplied the World Health Organization (WHO) with as much as 20 per cent of its epidemiological intelligence.

The Globe reported how GPHIN’s operations were eroded over the past decade as department priorities changed under the Harper and Trudeau governments. By 2018, with no pandemic threat on the horizon, PHAC resources were shifted to domestic projects that didn’t involve international surveillance. In 2019, less than eight months before COVID-19 hit, GPHIN was further sidelined within the department and its international alert system was silenced.

A report by the Auditor-General in March said the misuse of the pandemic early-warning system, and the government’s flawed risk assessments for COVID-19, left Canada ill-prepared to confront the pandemic.

“It is critical that the lessons learned from our response to the pandemic help improve the tools in place to protect Canadians,” Health Minister Patty Hajdu, who ordered the review, said in a statement on Monday.

Conservative health critic Michelle Rempel Garner issued a statement saying the oversight failures detailed in the review contributed to “lost lives and the countless other consequences of the pandemic.”

The review was led by Margaret Bloodworth, a former senior civil servant and national security adviser, along with Paul Gully, a public-health doctor and former deputy chief public-health officer, and Mylaine Breton, a professor at the Université de Sherbrooke who specializes in health care governance.

The panel also recommends that outbreak surveillance at PHAC be more closely integrated with Canada’s national security and intelligence functions.

Members of the intelligence community told The Globe last fall that PHAC must view pandemic threats as public-health and national security matters given the impact major outbreaks can have on the country and the economy. Although PHAC sometimes meets with security and intelligence agencies, those collaborations can be complicated due to restrictions on sharing sensitive information.

“Just as COVID-19 has challenged PHAC to consider surveillance and public-health intelligence, so too has the security and intelligence community become more engaged in public-health objectives,” the report says.

“The new risk-assessment office would be well placed to build capacity at PHAC to engage with the security and intelligence community, and to integrate classified flows of information into its decision-making where appropriate.”

The office should include staff with top security clearance for when classified information needs to be shared between departments or agencies, the panel said.

The review also flagged the need for technological improvements at GPHIN so its systems, which analyze thousands of bits of medical data and news reports each day, can efficiently comb through other streams of information, such as social media, and keep up with advancements in artificial intelligence.

In its final report, the panel reiterates its position from an interim report in March that it does not think GPHIN could have detected the COVID-19 outbreak earlier than the night of Dec. 30, 2019, when the system first noted a problem in China, but did not issue an alert, which is akin to sounding an international alarm.

However, PHAC staff who were not authorized to speak publicly have told The Globe GPHIN was already seriously eroded by then. It would be impossible to know what it could have detected – and how that might have informed the government’s view of the risks – had it been at full capacity, they said. But they noted that, through January and February of 2020, staff struggled to get information up the chain of command, which hindered Canada’s response to the outbreak.

The Globe reported that scientists in the department felt that senior managers who lacked a sufficient background in public health were not listening to them, and staff often complained that messages had to be “dumbed down.” The panel acknowledged these issues in its final report.

“There might not always have been a sufficiently high ratio of public health expertise in [PHAC] management roles,” the report says. “It is also clear that there is a feeling that [analysts] have not been heard or recognized through subsequent past managerial reviews, and that their autonomy and needs have been compromised.”

The review says a management decision in 2018 to change the procedures for issuing GPHIN outbreak alerts, which silenced the pandemic early-warning system in May, 2019, had a “corrosive effect” on staff.

Other countries are looking at building early-warning and surveillance systems similar to GPHIN to prevent another deadly pandemic. In the U.S., the Biden administration has announced plans to create a national centre for epidemic forecasting and outbreak analytics. Germany is partnering with the WHO to establish a global hub for pandemic intelligence and surveillance.

The panel’s report recommends that GPHIN collaborate with other international early-warning systems to build a stronger network of intelligence, and with private-sector organizations.

“The best time to discuss pandemic preparedness is when it is most present in the minds of Canadians and of the governments who serve them,” the report says.

“The measure of what Canadians have learned will be not only our response to the next pandemic, but also how we will mitigate future threats through earlier detection and co-ordinated international action.” 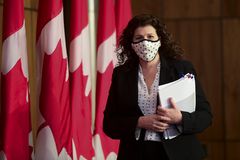 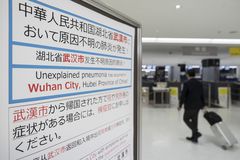 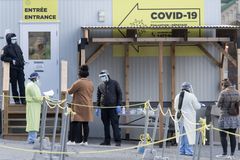