New policies for ride-hailing services in British Columbia will allow companies such as Uber and Lyft to operate a limitless number of vehicles beyond geographical boundaries that are in place for the taxi industry.

Chair Catherine Read of the Passenger Transportation Board said Monday the boundaries where passengers can be picked up must be big enough for the ride-hailing model to be successful in a province that will require drivers to have commercial licences similar to those used by taxi drivers.

She said the companies, which can submit applications Sept. 3 to operate in the province, must charge a minimum “floor rate” of between $3.25 and $3.95 depending on a particular area, similar to rates paid by passengers using taxis and in keeping with a similar policies in Edmonton and Calgary.

But Ms. Read said the board will allow the companies, which it refers to as transportation-network services, to increase the rate and charge higher over all fares in order to expand their supply of drivers and to meet passenger demand at peak times.

“We know from other jurisdictions that it takes years for transportation-network services to ramp up,” she said.

Ride-hailing services will also be permitted to apply for as many operating areas as they wish by paying only one application and licensing fee, Ms. Read said.

Both Uber and Lyft have expressed interest in providing services in the province but each has said requiring drivers to have a Class 4 licence may limit the number of available drivers.

Peter Lukomskyj, general manager of Lyft in B.C., said the company appreciates the board’s decision not to include municipal boundaries and caps on the services.

“Our vision is to one day offer our proven transportation network throughout the province but the Class 4 commercial licensing requirement will make it more difficult for us to deliver the reliable ridesharing service B.C. residents have been requesting for years,” he said in a statement.

A spokesman for Uber said the company was still reviewing the new policies and would not immediately provide comment.

Ms. Read said taxis, which often accommodate passengers who use wheelchairs, will remain an important part of the transportation network in B.C., but the industry is dissatisfied that boundaries have not been changed for its drivers, adding that’s not possible without data on issues such as traffic flows to adjust historic operating areas.

“They’re not happy with it because they’re restricted to their existing boundaries,” Ms. Read said.

“We know that in Metro Vancouver there are strongly held opposing views as to where the boundaries should be. The board has a duty to procedural fairness and we would have to do hearings or extensive consultation on that.”

Taxi companies may also apply for a ride-hailing licence and operate beyond their current boundaries, Ms. Read said.

Ride-hailing companies are expected to start operating in parts of British Columbia by the end of the year, Read said.Our Morning Update and Evening Update newsletters are written by Globe editors, giving you a concise summary of the day’s most important headlines. Sign up today. 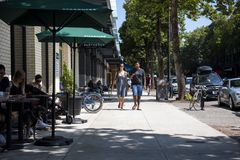 Lyft says it will launch ride-hailing in Vancouver before the end of the year Subscriber content
August 12, 2019 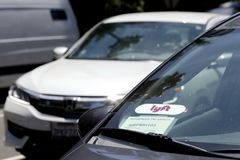