The vice-president of the Métis National Council is stepping up his rhetoric against three provincial Métis leaders, accusing them of striking a “backroom deal” that allows new members into the nation he says he believes are not Métis.

The escalation is on the eve of a major meeting among Prime Minister Justin Trudeau, provincial premiers and national Indigenous leaders, where David Chartrand is to represent the Métis National Council as its national spokesperson.

Two separate gatherings are being held this week among Métis members, before the first ministers convene in Ottawa starting Thursday, and their divergent objectives highlight a growing rift between the leadership of the Métis National Council and the Métis leaders of Ontario, Alberta and Saskatchewan.

The leaders of the Métis Nation of Ontario, Métis Nation-Saskatchewan and the Métis Nation of Alberta say they do not want to be pulled into “distractions” from the work they are trying to do. In interviews, they said they want to continue progress they have made in gaining recognition and self-government rights from the federal government.

But meanwhile, Mr. Chartrand began a two-day forum on citizenship and identity in Saskatchewan Monday, with sessions on “Métis identity theft and cultural appropriation in Ontario and eastern Canada” and a “third invasion” of allegedly non-Métis people trying to gain official citizenship in the Métis Nation.

He said there is a lot of concern among those living on the Prairies about the way Ontario defines its members as Métis after an announcement in 2017 that six new Métis communities had been identified in the province.

The Manitoba Métis Federation, of which Mr. Chartrand is also president, commissioned a study of these new communities and Mr. Chartrand said Monday the findings suggest the residents are Algonquin and Ojibwe.

“They are attempting to be in both worlds and trying to say they’re Métis… They’re not us, they’re not connected to us,” Mr. Chartrand said.

But the Ontario nation has refused to allow it, citing privacy concerns. Since then, the Métis National Council has issued proclamations saying Ontario has been suspended from the national body. But the leaders of Ontario, Alberta and Saskatchewan say this move was illegitimate, pointing to bylaws that say a member nation can only be suspended from the national council by vote of a general assembly.

No such general assembly has been held. Also, the national council has not held a board of governors meeting in over 16 months, despite repeated calls for one.

Mr. Chartrand said he hasn’t called a board of governors meeting because he anticipates Ontario will show up expecting to have voting rights. He fears Alberta, Saskatchewan and Ontario will vote as a bloc and assume control over the national council.

Mr. Chartrand said his members have been asking why there is “divisiveness” among the provinces, but hopes people don’t think of it as fighting – even as he called the co-operation among the three other leaders a “backroom deal.”

He dismissed the notion it could have an impact on his ability to represent the Métis people as a whole at the upcoming first-ministers meetings.

Meanwhile the leaders of the Métis nations of Ontario, Alberta and Saskatchewan began their own two-day conference in Gatineau, Monday to discuss working together on initiatives that will build upon self-governing agreements they each signed with Ottawa last June.

They say these agreements are significant milestones for their respective provincial nations in gaining recognition as Métis governments – a goal for generations of Métis peoples in Canada dating back to the days of the Louis Riel in the 1800s.

Alberta president Audrey Poitras acknowledged tensions between the three provincial nations and the Métis National Council, but said she and her counterparts from Saskatchewan and Ontario are choosing to focus on the steps being taken to recognize the Métis right of self-government.

“We choose to look at moving forward, not to look for divisions,” Ms. Poitras said.

“I’m right now focusing on the positive of moving forward with the other two provinces to really focus on … how do we move forward as fast as we can on something that our forefathers, our previous leaders, have worked so hard to get, the recognition that we so rightfully deserve?”

Ontario president Margaret Froh said she finds it frustrating the national council continues to call her provincial registry into question at meetings to which Ontario is not invited.

“It’s too bad, but again, we’re not being distracted by that work that’s happening,” Ms. Froh said.

“We really are truly focusing on these great opportunities that are in front of us and having real, meaningful conversations, which is why our three governments are coming together to talk about Métis self-governments and how all three of our governments are going to work together moving forward to make sure we bring that home for our people.”

Saskatchewan president Glen McCallum said he doesn’t believe there is any tension between the national body and his province. But after Mr. Chartrand called him out for rebuffing the national council forum this week in his own province and attending the meetings in Quebec with Ontario and Alberta instead, Mr. McCallum said the current leadership of the Métis National Council is “not in line with the bylaws and resolutions of the MNC.”

“The MN-S (Metis-Nation of Saskatchewan) is committed to a path forward for self-government that we have chosen for ourselves and it is a path based on democracy, transparency and accountability. We are working with the federal government to move forward the Métis government recognition and self-government agreements.”

The three provincial leaders declared in January that the MNC “has become increasingly dysfunctional and unaccountable to its governing members and the Métis citizens.” 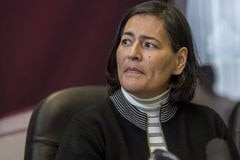 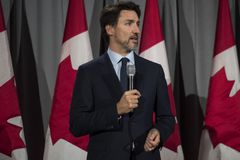 Indigenous experts call for repatriation of cultural artifacts and remains from museums
March 6, 2020 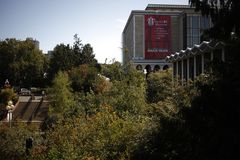