Coronavirus information
The Zero Canada Project provides resources to help you make the most of staying home.
Visit the hub
Sean FineJustice Writer
Published May 12, 2020 Updated May 12, 2020
Comments
Please log in to listen to this story. Also available in French and Mandarin. Log In Create Free Account

Civil-rights advocates have asked a court for an unprecedented order to “depopulate” Canada’s federal prisons and to supervise efforts to prevent the spread of COVID-19 in those prisons.

The legal challenge, filed Tuesday morning in Federal Court, asks that the Canadian government be required to undertake a wide release of prisoners during the pandemic. If a judge gives such an order and agrees to supervise the process of carrying it out, it would be the first time the courts have overseen the management of prisons in Canada.

“We are asking for a process to be put in place to identify all releasable inmates," said Abby Deshman, a lawyer with the Canadian Civil Liberties Association. The challenge was brought by the CCLA, the Canadian Prison Law Association, the HIV & Aids Legal Clinic Ontario, the HIV Legal Network and a federal prisoner, Sean Johnston.

Federal prisoners could be released through expedited parole or an unescorted temporary absence for medical reasons, Ms. Deshman said.

While the advocacy groups don’t have a target number, they point out that about 3,000 federal prisoners are classified as minimum security and large numbers are scheduled for statutory release in the next six months. By “releasable” they mean those who are not a threat to public safety.

Mr. Johnston pleaded guilty to three counts of first-degree murder in 1993, when he was 20, for killing Charles and Joanne Latimer and Ron Lucas, Ms. Latimer’s teenage son from a previous marriage. He was sentenced to life in prison with full parole eligibility after 25 years. Now 47, he is not seeking an order that he be released but an expedited review of prisoners that would include him.

As of May 11, 333 federal prisoners have tested positive for COVID-19, and two have died; there are now 128 active cases, according to the website of the Correctional Service of Canada (CSC).

The office of Minister of Public Safety Bill Blair, which oversees the prisons, referred The Globe and Mail to the CSC for comment. CSC spokeswoman Esther Mailhot said in an e-mail that it is reviewing the court document filed by the advocacy groups.

From the beginning of the pandemic, she said, “management teams at all levels [have been] engaging with local, provincial and federal public health authorities to navigate these unprecedented times … The continued health, safety and well-being of our employees and inmates is critical, as is our ongoing ability to maintain safe and secure environments as well as public safety.”

Seven provinces and more than 40 countries have released prisoners early because of the pandemic, the advocacy groups say in the court document.

Mr. Johnston, a prisoner at medium-security Warkworth Institution in Ontario, has been eligible for full parole since 2017. The court filing says he has been assessed as low risk and suffers from heart problems, asthma and other health problems. In an affidavit, he says he is “scared and anxious all the time” about COVID-19 and is unable to stay six feet from others.

Physical distancing is the most important element in protecting people from infection, the court filing says, and it “cannot be achieved in correctional facilities without reducing the inmate population.”

The groups base their demand for release on federal corrections law, which says the authorities must take “all reasonable steps” to ensure a safe and healthy environment for prisoners, and on the Charter of Rights and Freedoms’ protections of equality, life, liberty and personal security, and its ban on cruel and unusual punishment.

They also say that lockdowns of more than 15 days, for the purpose of isolating prisoners to prevent the spread of COVID-19, are an unconstitutional use of solitary confinement.

The court challenge asks for something entirely new to Canada but familiar from prisoner-rights cases in the United States, said Lisa Kerr, a Queen’s University law professor.

Since the 1970s, she said, U.S. courts have taken a supervisory role in certain instances over the prisons. And in California in 2009, a federal court ordered state authorities to submit a plan to release 40,000 inmates because of inadequate health care.

But that happened after many years of litigation – and after California had failed for years to address concerns over the treatment of inmates, Prof. Kerr said. And there was a federal law, the Prison Litigation Reform Act, that allowed for just such an order. Canada has no such law.

Ms. Deshman said the Supreme Court of Canada upheld a judge’s supervision order in the education context in 2003, in a case involving French-language rights in Nova Scotia. And in New Jersey, a court authorized the release of hundreds of low-level offenders in March in response to an application from the state’s public defender.

Rev. Jim Breen of Hope United Church in Alvinston, Ont., near Sarnia, who presided at the funeral of Mr. Johnston’s murder victims, said in an interview that prisoners should not be put in undue danger, but at the same time, “you don’t want people using certain situations as loopholes to get out of stuff, either. Public safety is the issue.”​ 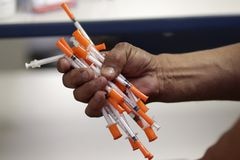 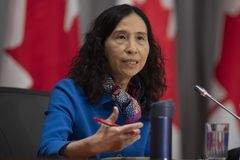 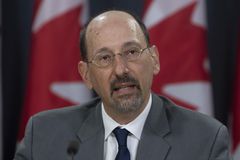