Two civil rights groups are bracing for another courtroom clash with Ottawa over the use of solitary confinement in federal prisons, part of a protracted legal campaign launched more than three years ago.

On Tuesday, lawyers representing the British Columbia Civil Liberties Association (BCCLA) and the John Howard Society of Canada filed their response to Ottawa’s recent appeal of a B.C. Supreme Court decision that struck down portions of the laws governing solitary confinement as unconstitutional.

Speaking with reporters, BCCLA lawyers expressed dismay over the government’s attempt to uphold a practice that has been found to precipitate an array of health problems among inmates.

“The B.C. Supreme Court ruled that the practice of indefinite solitary confinement must end in Canada,” said Jay Aubrey, staff counsel for the BCCLA. “Despite all of this, the government continues to fight to defend this torturous practice.”

The B.C.-based challenge of Canada’s solitary confinement regime began in early 2015 and ran parallel to a similar case pursued by the Canadian Civil Liberties Association (CCLA) in Ontario Superior Court. Judges in the two cases came to different conclusions.

The CCLA is appealing the Ontario decision to the province’s court of appeal.

The Canadian government has stated publicly that its appeal is necessary to clear up the legal discrepancies between the two cases.

“We now have two lower court rulings on administrative segregation from two jurisdictions,” Scott Bardsley, spokesman for Public Safety Minister Ralph Goodale, said in a statement. “The CCLA and BCCLA decisions come to different conclusions on legal questions relating to important matters of public policy. Given the CCLA filed a notice of appeal in Ontario, it was only prudent for us to file a similar notice in B.C. as we begin to seek juridical clarity on the issue.”

But BCCLA lawyers say the appeal is much more than a request for clarity.

The B.C. decision was hailed as a “historic ruling” by Canada’s federal prisons ombudsman when it was released in January. In it, Justice Peter Leask said the Correctional Service Canada practice of administrative segregation “is a form of solitary confinement that places all Canadian federal inmates subject to it at significant risk of serious psychological harm, including mental pain and suffering, and increased incidence of self-harm and suicide.”

He gave Parliament a year to adopt an independent oversight mechanism for all segregation decisions and a hard limit on the number of days a prisoner can spend in solitary.

The federal government filed the factum for its appeal last month. It argues that existing laws are adequate to protect the Charter rights of inmates as long as correctional staff administer them properly. “Evidence that the provisions were not administered with restraint does not lead to the provisions being constitutionally invalid,” the factum reads. “Rather, this may show they were administered in an unfair manner in individual cases.”

The Liberal government has tabled legislation that would create some new rules on administrative segregation, including a 15-day soft limit on solitary placements that a warden can over-rule. Several internal reforms to segregation procedures have led to a drop in the average daily number of isolated inmates from more than 800 in 2012 to about 400 this year.

But lawyers for the BCCLA say that without the significant legislative changes called for in Justice Leask's ruling, the prison service can too easily revert to its old ways, rendering the entire hard-fought court case pointless.

“It is really kind of offensive to the rule of law,” Mr. Paterson said. “The government has an obligation to obey the law, to obey the constitution. And if they’re not doing it, there needs to be a remedy.”

The appeal is expected to be heard before the B.C. Court of Appeal towards the end of the year. 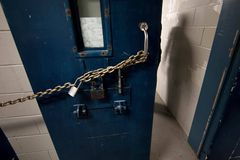 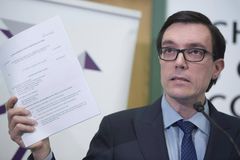 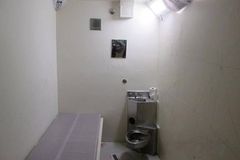