Risk assessments are meant to be an impartial guide of who can be rehabilitated and how soon, but racialized inmates routinely get the worst possible scores. They’re steeped in decades of research – and they are also fundamentally, powerfully biased against Indigenous and Black inmates, placing them in higher security classifications and assigning them worse odds of successfully re-entering society.

How The Globe uncovered systemic bias in prisoners' risk assessments

A years-long investigation by The Globe and Mail found: 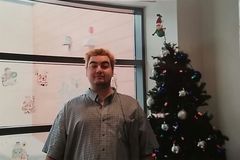 Follow Tom Cardoso and Dakshana Bascaramurty on Twitter @tom_cardoso @DakGlobe
Report an error Editorial code of conduct
Due to technical reasons, we have temporarily removed commenting from our articles. We hope to have this fixed soon. Thank you for your patience. If you are looking to give feedback on our new site, please send it along to feedback@globeandmail.com. If you want to write a letter to the editor, please forward to letters@globeandmail.com.
Comments are closed