Wednesday’s editorial cartoon in Le Devoir showed a globe with thought balloons popping up everywhere with the word “Trump” in them – all except Quebec, where the word was “Kanata!” The recent cancellation of a production by theatre artist Robert Lepage has churned the province’s cultural milieu like nothing since the overnight demolition in Montreal of a huge outdoor art exhibition in 1976 by then-mayor Jean Drapeau.

Kanata, about the history of relations between whites and Indigenous peoples, was halted in rehearsal, not long after Lepage’s slave-history SLĀV was pulled from the Théâtre du Nouveau Monde. Both shows had been criticized by marginalized communities who felt their stories were again being told from a strictly white point of view. “It was a history of relations with Indigenous people,” said Kevin Loring, artistic director of Indigenous Theatre at the National Arts Centre in Ottawa. “Why do that without us?”

Neither group had the power to stop the show, and the Indigenous people who met with Mr. Lepage and French co-producer Ariane Mnouchkine didn’t even ask that Kanata be halted. Both shows were taken down when third-party producers (Festival International de Jazz de Montréal for SLĀV; New York’s Park Avenue Armory for Kanata) withdrew support. These parties have mostly escaped criticism.

Screeds against the cancellations have become numerous and shrill since Kanata was declared dead on July 26. They take a similar form. The author acknowledges that black and Indigenous peoples have not had fair access to Quebec stages, then gets down to finding words to describe the outrage done to Mr. Lepage. “Censorship” is always there, and “intimidation” (characterized by Ms. Mnouchkine as “unimaginable”). Some refer to socialist realism, and the throttled status of the arts under totalitarian regimes. One columnist for Le Journal de Montréal quoted Mao Zedong on the utility of compliant artists. All of this is opposed to “freedom of expression,” which Mr. Lepage has, but which his opponents, mysteriously, should not.

“Ideology” and “fanatical” also get a good workout, especially in the mushrooming commentary about another arts scandal, at XYZ, la Revue de la nouvelle, a periodical anthology of short stories. Vanessa Courville resigned as director of the revue rather than see her name linked to a story that ends with the implied rape of a female character from the game Clue. In the inevitable exchange of open letters, Ms. Courville cited #metoo and the campaign against rape culture. XYZ’s editor Jacques Richer responded by raising the spectre of censorship and totalitarianism, even though the disputed story will be published in the next issue.

There was another very Quebec strain to the invective which helps explain why the Lepage fracas has stung so deeply. “The censors of yesterday were chased from their pulpits,” wrote one op-ed author, recalling that “censure” is also the ecclesiastical term for punishments for those who stray from the gospels. He was alluding to the long period during which the Catholic Church in Quebec used every means available, including excommunication, to control the arts and repel liberal ideas.

Le Devoir columnist Francine Pelletier looked further into the dark past, when premier Maurice Duplessis’s Padlock Act (1937-57) allowed him to shutter any building he suspected of harbouring those with subversive opinions, and when priests sermonized against immoral art. Artists helped put a stop to that, she recalled, referring to the Refus global manifesto of 1948 that many regard as a foundational document of modern Quebec.

Now, she wrote, Quebec is faced with a new censorship, activated “from the street,” and carried out by large independent producers. This is as frightening to her as control from the top, because it has the same result: art that conforms to preapproved ideas.

She misses the point that those who protested SLĀV and Kanata weren’t angry about the content of the shows, which they had not seen, but about the exclusionary process with which they were made. They didn’t demand control over what the show said, just a recognition that those particular stories could no longer be told while shutting out the voices of those who had lived them.

Ms. Pelletier’s final move was to choose a surprising remedy. After deploring control of the arts from above, below and in-between, she endorsed Parti Québécois Leader Jean-François Lisée’s demand that the Quebec government should take up its duty “to lift this ban on free speech.”

Yes, ask the state to control what goes on Quebec stages. What could possibly go wrong?

After cancelling Kanata, Robert Lepage can learn a lesson from another Quebec director
Subscriber content
July 26, 2018 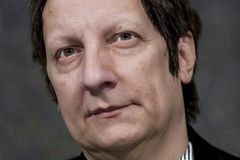 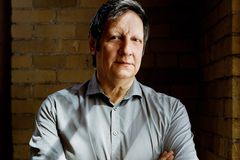 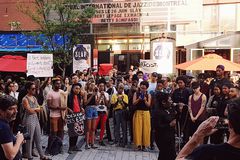