A Salvadoran woman and her two daughters who fled their home country after allegedly suffering extortion and rape at the hands of members of the notorious MS-13 gang are among several parties challenging the Canada-U.S. Safe Third Country agreement in court.

The case has been snaking its way through Federal Court for the last year, but this week saw a flurry of new filings by three additional applicants in the case: Amnesty International, the Canadian Council for Refugees and the Canadian Council of Churches, all of them longtime critics of the agreement.

Recent changes in U.S. refugee policy, including a ruling by U.S. Attorney General Jeff Sessions saying domestic and gang violence are no longer grounds for asylum, make the argument for challenging the agreement even stronger, said Janet Dench, executive director of the Canadian Council for Refugees.

“Legally, our case has become much more compelling with many of the things that are being introduced under the Trump administration,” Dench said.

“When you have the U.S. government taking measures such as ‘zero tolerance’ and such as the Sessions/presidential decision, something that legally constrains asylum, that’s something the court will have to look very carefully at.”

While the case itself is based on the plight of a Salvadoran woman and her daughters, it encompasses a broader challenge of the Safe Third Country agreement, or STCA, arguing it violates certain provisions of Canada’s Charter of Rights and Freedoms.

“By returning refugee claimants to the U.S. and exposing them there to a serious risk of arbitrary, lengthy detention and refoulment (deportation), Canada violates their charter rights,” the applicants argue in court documents.

“(The woman) and her daughters faced the risks described when they sought entry to Canada as refugee claimants and were refused under the STCA. This same situation is also faced by a great number of other refugee claimants prevented from entering Canada by the STCA.”

Hundreds of pages of documents have been filed in Federal Court, including affidavits from refugee law experts, studies, reports and news clippings that detail the escalating risks faced by asylum seekers in the U.S.

In her affidavit, the woman – identified only as ABC – says her family became a target of MS-13 after her husband helped El Salvador police identify a gang member who killed his brother in 1993.

He fled to Canada in 2005, but was denied refugee protection because, as a teenager, he had been associated with a national liberation movement deemed by Canada to be a terrorist organization. He is appealing that decision.

Meanwhile, left alone with her daughters in El Salvador, ABC claims she faced constant threats from gang members demanding to know where her husband was. She alleges they followed her girls home from school on a regular basis and murdered her landlord.

In April 2013, she alleges gang members forced their way into her home, raped and then robbed her, threatening to kill her daughters if she went to police. She claims her youngest daughter was born as a result of the rape.

She finally decided to flee in November 2016 after she alleges gang members pointed a gun at her head and told her she had 24 hours to pay them a sum of money she didn’t have.

She took her two youngest daughters, leaving two adult children behind, and embarked on a perilous journey through Mexico to Texas. After staying with family in Mississippi for a few weeks, she eventually tried to enter Canada at an official border crossing between New York and Ontario, hoping to be reunited with her husband, who remains in Canada pending the outcome of his refugee claim appeal.

The woman was told she would be deemed inadmissible, as a result of the Safe Third Country agreement. She returned to the U.S. for a few months to seek legal advice and in July 2015 once again tried to cross the Canada-U.S. border, was deemed inadmissible and filed her legal challenge.

The woman, who along with her daughters has been granted leave to remain in Canada pending the outcome of her challenge, says she has received legal advice saying she would not have a strong refugee claim in the U.S. and is fearful of being deported back to El Salvador.

She is being represented by a public interest clinic for low-income clients operated by the University of Toronto’s faculty of law. The federal government sought to contest the participation of the other three applicants, but their role was ultimately upheld by a judge in December 2017 on national public interest grounds. They are relying on volunteer time and donations to cover their costs.

In its response, the government is asking the Federal Court to dismiss the case, arguing the woman did not try to seek refugee protection in the U.S., where she would have had multiple legal avenues for appeal. The government also refutes the assertion the agreement violates the charter.

A three-day hearing has been scheduled to take place in Toronto beginning next Jan. 21. 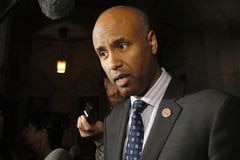 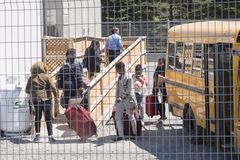 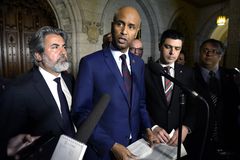