Saskatchewan is delaying elective surgeries and other non-urgent services as the number of people in hospital with COVID-19 soars in the province, putting renewed pressure on the health care system.

The temporary service reductions are necessary to create capacity for patients in need of acute care, Premier Scott Moe said on Friday. He also announced that residents who test positive for COVID-19 will be required to self-isolate for 10 days, but stopped short of making face masks mandatory in retail stores, restaurants and other public places.

“This fourth wave is concerning for all of us,” Mr. Moe said at a news conference. “In particular, I think it’s most concerning for our health care professionals who are experiencing first-hand the pressures each and every day.”

Saskatchewan has dealt with a resurgence of COVID-19 cases since the onset of the fourth wave in early August, and has overtaken Alberta as the province with the worst rate of infection.

Saskatchewan recorded 432 new cases on Friday. The number of people admitted to hospital with the virus has soared over the past four weeks from 75 to 190, just below the peak of 203 in February.

The Saskatchewan Health Authority, which is responsible for delivering health care in the province, said hospitals need to create capacity to care for an additional 255 COVID-19 patients.

Health care was dangerous even before the anti-vaxxers arrived

Despite the renewed pressures on the province’s health care system, Mr. Moe said he is not imposing broader public-health measures to reduce the spread of infection, including proof-of-vaccine requirements to access non-essential services.

Mr. Moe said vaccine passports, which several provinces have introduced, are a divisive measure that creates “two classes” of citizens.

“As much as I would like to, and have asked numerous times to see every eligible person in Saskatchewan get vaccinated, I also firmly believe that vaccination is a choice,” he said.

In Ontario, the number of appointments for vaccines doubled the day the provincial government announced plans to require COVID-19 immunization certificates for access to certain businesses, including restaurants and gyms.

Saskatchewan was the second province to announce plans this week to curtail hospital services. Alberta has cancelled all elective surgery in Calgary, including some pediatric procedures and transplants, and up to 60 per cent of non-urgent operations in other regions as a rush of unvaccinated coronavirus patients overwhelms hospitals.

It is unclear how long the pause on surgeries and other procedures will last in Saskatchewan. But the province is already struggling with a huge backlog of cases. As of June 30, 33,287 patients were waiting for surgery, according to the Saskatchewan Ministry of Health.

Paul Olszynski, a physician who represents emergency doctors at the Saskatchewan Medical Association, expressed frustration that the government did not do more to curb the spread of COVID-19. He said decisions appear to be made based on politics, not public health.

“It now feels like we’re battling with our own government to do the evidence-based measures to mitigate these things,” he said in an interview.

Dr. Olszynski, who works in the emergency department at a hospital in Saskatoon, said care of patients is being compromised every day during the fourth wave. This ranges from breaches of privacy, because there is nowhere to speak in confidence with patients, to more significant things such as not having the appropriate physician review and assess a patient, he said.

About 85 per cent of people admitted to hospitals in August with COVID-19 were unvaccinated or partly vaccinated, the Saskatchewan Health Authority said. Most of them are not “hard-core, anti-vaxxers,” Dr. Olszynski said. “They just didn’t get around to it, they didn’t think things were so serious, or they were nervous about the vaccines. Then they’re remorseful as soon as the swab comes back positive.”

In July, as COVID-19 cases waned across Canada, the Saskatchewan government lifted all restrictions in the province, including mandatory face masks and self-isolation for individuals who had tested positive.

The province has now reimplemented mandatory isolation for a period of 10 days after a positive result. Close contacts who are unvaccinated will also be required to self-isolate for 10 days. Fully vaccinated people who are close contacts do not need to isolate.

To ease the pressure on health care workers, Mr. Moe said the province will rely on third-party providers to help with both contact tracing and testing. 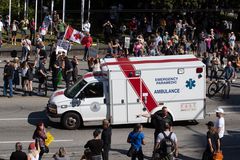 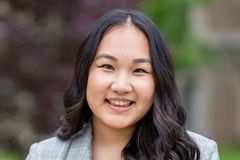 Opinion
Alberta government lack of foresight has them stumbling to stave off fourth wave of COVID-19
Subscriber content
September 7, 2021