A member of the Saskatchewan legislature is stepping down from her role as provincial secretary after being charged with assault.

Saskatoon police say Nadine Wilson, MLA for Saskatchewan Rivers, was arrested Thursday when she turned herself in to police in Prince Albert, Sask.

They say an investigation was done by Saskatoon police and two charges of assault were laid after consultation with Crown prosecutors.

Premier Scott Moe says in a statement that the charges stem from a private family matter.

He says Ms. Wilson – who says she is innocent – will remain in caucus, as the charges have not been proven in court.

NDP Opposition Leader Ryan Meili says it’s only reasonable that an MLA facing criminal charges should resign from caucus until the matter is resolved.

“By failing to enforce that standard, the Premier is sending the wrong message about how seriously he takes this charge,” Mr. Meili said on Friday in a statement.

“Ms. Wilson cannot represent the govt while this is ongoing,” Ms. Sarauer said in a tweet.

Ms. Wilson is to appear in Saskatoon provincial court on Sept. 6.

She was twice elected reeve of the Rural Municipality of Paddockwood before she was elected as a Saskatchewan Party MLA. 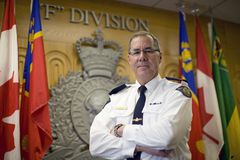 Premiers call for the authority to opt out of proposed national pharmacare program
Subscriber content
July 11, 2019 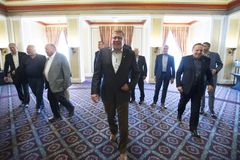 Saskatchewan’s child advocate apologizes, resigns after harassment complaints
June 28, 2019
Report an error
Due to technical reasons, we have temporarily removed commenting from our articles. We hope to have this fixed soon. Thank you for your patience. If you are looking to give feedback on our new site, please send it along to feedback@globeandmail.com. If you want to write a letter to the editor, please forward to letters@globeandmail.com.
Comments are closed