Saskatchewan Premier Scott Moe says he didn’t intend to disparage anyone when he said those calling on his government to introduce tougher COVID-19 restrictions are people who can work from home.

Moe made the initial comment in a speech to municipal leaders during a virtual convention earlier in the week.

He said Wednesday that the comment wasn’t directed at any particular group.

“I was questioning whether they had properly thought out what the impacts of what they’re advocating for actually are to so many others that don’t have that opportunity,” he said.

The premier said he stands by his words – but he didn’t mean to upset front-line workers or people who are working from home.

Moe said he should have addressed the impact that lifting restrictions would have on those in health-care.

“We’re not going to just open this up. That would be entirely disrespectful to those folks that are going to work every day, are on the front lines treating patients.”

He rejected the idea that his comment added to a split between those who want to see public-health rules loosened and supporters of tougher measures.

Currently, households can’t have visitors and sports teams are not allowed to have games. Casinos and bingo halls are closed. All other businesses are allowed to be open but under restrictions, such as reduced capacity.

The health order is set to expire on Feb. 19.

Moe said his Saskatchewan Party government is trying to strike a balance between controlling the spread of the novel coronavirus and keeping as many people working as possible.

“There’s no one place where the majority of infections are coming from,” he said.

“We all need to understand that when you are advocating for something, those consequences might be much more severe to others.”

In terms of the spread, health officials estimate there are about 18,700 people in Saskatchewan who are infected with COVID-19 but are not showing symptoms.

The Ministry of Health and the Saskatchewan Health Authority said the figure was calculated as part of its modelling to help the province plan its acute-care response to the pandemic.

They said the Jan. 30 estimate, released this week, was put together using different metrics, including case numbers and hospitalizations, and shows why health orders need to be followed even if people think they don’t have the virus.

“There are still a lot of questions ... on what asymptomatic infections look like and what they mean in regards to transmission,” said virologist Jason Kindrachuk of the University of Manitoba.

“Can they still spread the virus? Yes. Do we necessarily know how much? No.”

Saskatchewan has the highest rate of active cases per capita in Canada and on Wednesday added another 180 more infections to its caseload. Two more residents died.

Health officials said the number of asymptomatic people in the province is about two per cent of the population at any given time.

Kindrachuk said it’s difficult to figure out the difference between people who are infected with COVID-19 – but have no symptoms – and those who are pre-symptomatic.

Doctors and health experts are trying to better understand transmission of more contagious COVID-19 variants, like the mutation found in the United Kingdom, and determine what makes them easier to spread, he said.

So far, three cases of the U.K. variant have been detected in Saskatchewan, but the province said all were travel-related and there is no evidence of community spread.

Alberta and Manitoba have also reported the presence of more concerning variants.

Health officials said the seven-day average of new daily infections in Saskatchewan is hovering slightly above 200, with almost that many people in hospital and 28 of them in intensive care.

Kindrachuk said it’s imperative that policy-makers in the province and beyond closely track how variants move in a community to avoid any spread from getting out of control.

“We can’t rely on vaccination alone to get us through this. Certainly, it’s a part of the equation, but we have to do a lot at the community level to try and curb transmission.” 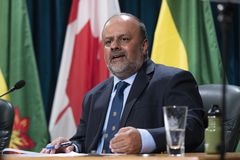 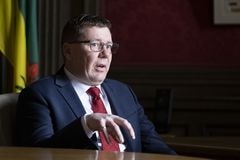