Spending restraint is on the horizon in Saskatchewan as the province begins to dig itself out of a deficit Premier Scott Moe’s government blames on the COVID-19 pandemic.

On Thursday, Finance Minister Donna Harpauer delivered the first-quarter update for 2020-21. It predicts $2.1-billion in red ink, down from the $2.4-billion initially expected in the June budget.

The government at the time said a fall in oil prices and economic shutdowns tied to the health crisis had led to a sharp decline in revenues and created a need for emergency spending.

Now, the government says most businesses are open and employment has recovered by 56,000 jobs, although the hotel and food services industries are still hurting.

Oil prices are hovering above US$40 a barrel, a marked improvement from the US$16 a barrel recorded in April.

The Ministry of Finance now forecasts revenues of about $14-billion, up nearly $400-million since the budget. That’s mainly thanks to federal funding to provinces to help restart their economies after COVID-19 shutdowns.

The province’s expenses are expected to go up by $100-million because of spending on health, municipalities and a boost for the tourism industry.

Ms. Harpauer said she expects the provincial economy and its revenues to bounce back to pre-pandemic levels in the next two years. Finance officials drafted the outlook based on the assumption there will be no return to widespread COVID-19 business closures.

The province isn’t projected to squeeze out a surplus, however, until 2024-25, which means running deficits in the meantime.

“We fully recognize that we’re going to, yes, have austerity budgets, but that doesn’t mean cutting. That just means minding spending,” Ms. Harpauer said at a news conference.

“Can we have any large grandiose announcements probably for the next couple of years? I’m going to say not, unless it’s going to stimulate further growth into the future.”

A provincial election is set for Oct. 26. Ms. Harpauer said the Saskatchewan Party’s platform and costing will be based on the financial picture outlined Thursday.

“I believe the Saskatchewan people do believe that we should live within our means and that ... we should put our best efforts into balancing our budgets.”

Although she didn’t rule out tax increases, the minister said it’s not likely, because jurisdictional tax competitiveness is going to be more important than ever.

The Opposition criticized the update for lacking detail and called for the legislature to be reconvened so the numbers could be debated.

“It sort of baffles me when I heard the Finance Minister ... saying that it’s time for austerity,” said NDP finance critic Trent Wotherspoon.

“We have an economy that’s in recession and people out of work. It certainly is not a time for more austerity and more cuts within Saskatchewan right now.”

The NDP called for more spending on education and more focus on creating jobs.

“Saskatchewan people are expecting and counting on their government to step up to the needs and challenge that we face,” said Mr. Wotherspoon. 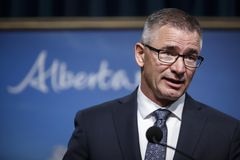 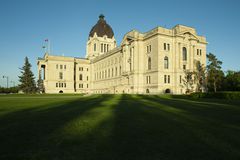 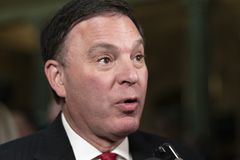