Saskatchewan has reported its first presumptive case of COVID-19 Thursday, the same day the premier ended speculation about an early election because of concerns about the outbreak.

Shahab said the person was experiencing symptoms after arrival in Canada and underwent testing in Saskatoon earlier this week. A positive result came back Thursday.

The health ministry says the Saskatchewan case has been sent to the National Microbiology Laboratory in Winnipeg for confirmation.

Shahab said the person, who is in their 60s, has been self-isolating at home and has had little contact with anyone else except for another person in the home.

“The main message for this particular instance is that the general public does not need to be concerned. Public health will contact anyone who needs to be aware,” he said.

“We’ve been saying for some time now that with several cases in Canada being reported through travel, we were expecting to see a case at some point. We will expect to see more cases in the future, primarily linked to travel, but we remain vigilant to also detect cases which may not have travelled.”

Shahab urged people with a fever or cough to stay home and for people to avoid shaking hands.

Those who have travelled also need to monitor their symptoms for two weeks, he said, and at first sign of a cough or fever call the province’s health-line for assessment and possible testing.

Saskatoon’s fire department said in a statement that it has four staff members in self-isolation as a precaution.

Officials said a crew responded to a medical call Wednesday for a patient experiencing shortness of breath. That patient was later tested for COVID-19.

Fire Chief Morgan Hackl said the self-isolation is a precautionary response and other crews continue to respond to emergency calls.

Saskatchewan’s first positive case of COVID-19 comes as Premier Scott Moe ended speculation that he will call an early spring election as his government focuses on dealing with the pandemic.

“I will not be calling a provincial election this spring,” he said.

The 2020 provincial election is scheduled for October, but Moe had mused for weeks about maybe going to the polls earlier. He had been under pressure in recent days to rule out an early election, as the number of COVID-19 cases climbed in Canada.

Moe was in Ottawa Thursday to attend a first ministers’ conference with Prime Minister Justin Trudeau, which was ultimately postponed because Trudeau and his wife are in self-isolation over coronavirus concerns.

Moe was scheduled to return to Saskatchewan and participate in the meeting via conference call Friday.

In Moe’s absence, his health minister acknowledged the premier had been grappling with different time frames for an election.

“I think the premier was very forthright with the situation,” said Jim Reiter. “He wants people to put the speculation to bed so he’s clearly indicated that that’s not going to happen.”

Opposition NDP leader Ryan Meili had accused the premier of playing politics with his election planning at a time when the government should be focused on preparing for the pandemic.

Reiter said Moe doesn’t bear responsibility for early election speculation, saying a lot had transpired in the past 24-hours and the decision was a difficult one to make.

“We have a time frame the election needs to be called in, when would be the safest time to do it and brilliant medical minds are telling us it’s impossible to know.” 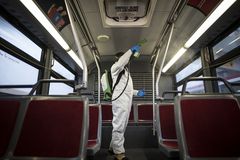 Quebec bans public gatherings of more than 250 people in bid to contain spread of coronavirus
March 12, 2020 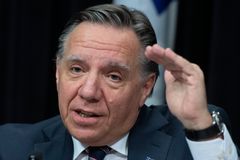 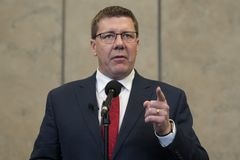