The Saudi Arabian government plans to withdraw all Saudi students it has been sponsoring at Canadian universities, colleges and other schools in retaliation for Canada criticizing the Islamic kingdom’s human-rights record.

The news emerged on the same day that Saudi Arabian Airlines announced it would suspend all flights to and from Toronto as of Aug. 13.

These punitive measures are in response to what the Mideast country calls “blatant interference” in its domestic affairs. On Sunday, Riyadh expelled the Canadian ambassador, recalled its own envoy and said it would “put on hold all new business and investment transactions with Canada.”

A Saudi government source, who wasn’t authorized to speak publicly on the matter, said on Monday more than 15,000 Saudis study in Canada on scholarships, grants or in trainee programs funded by Riyadh. Accompanying family members bring the number to 20,000 or more.

The Saudi students – and their tuition – will be placed in study programs in other countries with similar education systems, such as the United Kingdom or the United States, the Saudi official said.

The Saudi kingdom is angry at statements on Twitter from Foreign Affairs Minister Chrystia Freeland and her department last week. Canada called for the immediate release of civil-rights activists in the country and signalled concern over a new crackdown on dissidents by Riyadh. These included Samar Badawi, the sister of imprisoned Saudi writer Raif Badawi, in jail for insulting Islam. Mr. Badawi’s wife, Ensaf Haidar, who lives in Quebec with their three children, recently obtained Canadian citizenship.

Very alarmed to learn that Samar Badawi, Raif Badawi’s sister, has been imprisoned in Saudi Arabia. Canada stands together with the Badawi family in this difficult time, and we continue to strongly call for the release of both Raif and Samar Badawi.

The full economic impact of losing Saudi students is not immediately measurable. It appears Canada would lose hundreds of millions of dollars – possibly more.

“For Canadian universities, this is a significant hit,” said Thomas Juneau, an assistant professor at the University of Ottawa’s Graduate School of Public and International Affairs. “Saudi Arabia is the fourth largest contingent of foreign students in this country.”

Speaking for the first time on this row, Ms. Freeland was unapologetic and noted the government’s recent remarks on Saudi Arabia were consistent with what the Liberals have said publicly for some time.

“There is nothing new or novel about Canada’s support for human rights, very much including women’s rights, around the world and including in Saudi Arabia,” she told reporters in Vancouver on Monday.

She could not say how the dispute will affect a $15-billion deal to supply Saudi Arabia with combat vehicles equipped with machine guns and cannons. “We’re waiting for answers on how Saudi Arabia intends to go forward with the relationship.”

Ms. Freeland emphasized on Monday that Canada retains a diplomatic presence in Riyadh. “I want to assure Canadians our embassy is still in place in Saudi Arabia,” she said.

She also said Canada stands by its comments on human rights in Saudi Arabia.

“When it comes to the Badawi family, Ensaf Haidar is a Canadian citizen and she and her family therefore merit special attention from the government of Canada,” she said. “It’s something we do. We stand up for Canadians and their families around the world.”

On Monday, Ms. Haidar called the situation extremely delicate and said she could not comment further.

Ms. Freeland said the Saudi decision on education would be “a shame for those students if they are deprived of the opportunity to study” in Canada.

"Saudi students who have been accepted to Canada are very much welcome to arrive as planned and study here,” she said.

Meanwhile, Amnesty International says the global community should form a united front with Canada and speak out to protect Ms. Badawi and another woman recently arrested.

Canada and Saudi Arabia are not major trading partners, but two-way merchandise trade exceeded $4-billion last year, a significant portion of it from the combat vehicle deal.

Saudi watchers suggest the new Crown Prince, Mohammed bin Salman, is using Canada to send a strong signal to Western governments to scale back criticism of his country. Saudi Arabia regularly ranks among the “worst of the worst” on human-rights ratings put out by U.S. watchdog Freedom House.

“The main purpose for Saudi Arabia here is not to penalize Canada per se. ... This is a message to Western countries: stop criticizing us on human rights or else we will retaliate,” Mr. Juneau said.

Bessma Momani, a political science professor at the University of Waterloo, said she thinks the Saudi backlash “was very calculated” and that Riyadh chose the Canadian government under the progressive leadership of Prime Minister Justin Trudeau to make a point.

The U.K. Parliament has criticized the Saudi war in Yemen, but Ms. Momani said too many rich Saudis live in London for Riyadh to retaliate there. Plus, Saudi Arabia does more two-way trade with the United Kingdom than with Canada. “You don’t pick on the U.K., where a lot of Saudi tycoons have their money. You go after Canada. It’s an easy target.”

With reports from Les Perreaux in Montreal, Sunny Dhillon in Vancouver, Jack Hauen in Toronto and Canadian Press 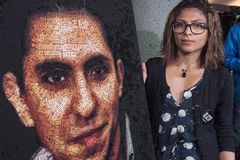 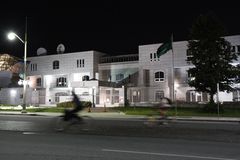 Opinion
Saudi Arabia’s bold move has nothing to do with Canada
August 10, 2018 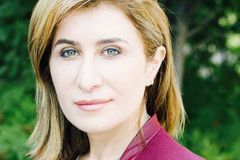