Conservative Leader Andrew Scheer’s office says it did not ask Premier Doug Ford to delay his government’s return to the Ontario Legislature until after the general election, although federal Tories acknowledge they are hearing about Mr. Ford in their ridings.

The Progressive Conservative government faced backlash on Thursday over its decision to adjourn the legislature for 144 days, until Oct. 28, one week after the federal election, with opposition parties questioning the government’s priorities and accusing the provincial Tories of using the time away to help get Mr. Scheer elected.

“We are confident that Ontarians and all Canadians will see in Mr. Scheer a leader with his own vision,” Mr. Scheer’s spokesman, Daniel Schow, said in a statement.

"Nobody in the Office of the Leader of the Official Opposition was in touch with Premier Ford’s office about his decision to adjourn the Legislature.”

There are currently no plans for Mr. Ford or his government to campaign on Mr. Scheer’s behalf in Ontario during the general election. An Ontario government staffer would have to take an unpaid leave of absence to work on the federal election campaign full time.

But both the provincial NDP and Liberals suggested Mr. Ford’s absence from the House will aid Mr. Scheer on the federal campaign trail, after a series of polls show sluggish support for the Premier and his party. Since coming into office one year ago, Mr. Ford has backtracked on major policy announcements, such as autism support and delayed municipal funding cuts. The federal Liberals have continually linked the two conservative politicians in attacks.

"Either Mr. Ford wants to be available to campaign for Andrew Scheer, or Andrew Scheer is asking Doug Ford to hide under a rock during the federal campaign,” NDP Leader Andrea Horwath told reporters at Queen’s Park on Thursday.

A Conservative source, granted anonymity because they were not authorized to speak publicly, told The Globe there is also a concern that the PC government’s alcohol-focused agenda, including a push to get beer and wine in corner stores, could affect the federal party’s chances to win over women in suburban Toronto ridings.

Mr. Ford and Mr. Scheer’s offices clashed last fall over the PC government’s cuts to francophone services in Ontario. The move blindsided Mr. Scheer and his team, who hope to make gains in Quebec, multiple conservative sources also granted anonymity because they could not speak publicly told The Globe and Mail.

Federal Ontario Conservatives told The Globe that they are getting questions about Mr. Ford, but hope that the Premier’s decision to reverse course on some controversial issues, such as backing down on decreases to autism funding, shows that he has an ability to listen.

Conservative deputy leader Lisa Raitt, who represents the suburban riding of Milton northwest of Toronto, said she is not seeing her support numbers fall federally, but acknowledged she has heard complaints about Mr. Ford’s policies.

Conservative MP Erin O’Toole, running in Durham, a suburban area east of Toronto, said affordability and housing are the No. 1 issues in his area. While he says he has received questions at the door about the provincial government’s pace of change, he said his constituents also understand the fiscal challenges.

“Yes, the Liberals are trying to use some of the changes that the Ontario PCs are making against us, but we have to remind people that we can’t let the Liberals do to Canada what they did to Ontario finances," he said.

Ontario PC House leader Todd Smith said cabinet and senior government officials made the decision to wait until after the federal election to return from an extended summer break, telling reporters that, “our team has been working extremely hard.”

“It’s time for us to sit down, talk on where we’re going to go next, talk to our constituents about what’s important to them, and we’re going to come back bigger and badder than ever in the fall,” Mr. Smith said. 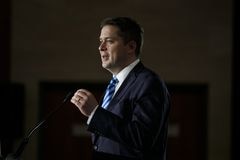 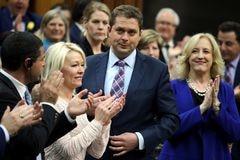