Toronto Public Health says the city’s schools are continuing to succeed at minimizing coronavirus outbreaks despite having to contend with a significant surge in infections outside their walls since the academic year began.

Data presented to the Toronto Board of Health on Monday show that while schools account for 20 per cent of all outbreaks in the city since the second wave of the pandemic began, they are the source of just 8.6 per cent of COVID-19 cases related to outbreaks.

No more than nine cases have been linked to any one school outbreak, said Effie Gournis, Toronto Public Health’s associate director of integration, information and surveillance. A school outbreak is defined as at least two lab-confirmed cases linked to each other within 14 days.

“This further suggests that infection-control measures are working in schools,” Ms. Gournis told the board. “The increase in case reports in our communities would certainly increase the probability that an infectious child or staff member could arrive at school at any time. However, this looks like it has been successfully contained so far.”

The opposite situation is unfolding in the city’s long-term care and retirement homes, Ms. Gournis added. Those facilities also account for 20 per cent of the 306 coronavirus outbreaks Toronto has identified since Aug. 1, but 61 per cent of outbreak-related cases of COVID-19 – meaning that when the coronavirus has invaded seniors' facilities, it has tended to infect far more people than when it slips into schools.

The question of what role schools play in the spread of the coronavirus has been hotly debated since the beginning of the pandemic. Clear answers are still hard to find because so much depends on the amount of virus circulating in the community, and on the infection-control measures taken inside schools, including masking and physical distancing.

Masks are required for staff and students of all ages at Toronto public and Catholic schools, and at many other boards in Ontario.

In Quebec, where full-time, in-person attendance is compulsory in primary school and masks are not, students and school staff are a steadily increasing share of cases and outbreaks. That isn’t the case in Ontario, according to a Globe and Mail analysis of data from Canada’s two largest provinces, both of which have seen their overall case counts soar to new heights in the past two weeks.

Still, Quebec government and public-health officials say schools are not the main driver of community transmission. Workplaces account for more than half of the province’s outbreaks. “In the majority of cases, school cases are coming from family members rather than the schools themselves,” said Jean Nicolas Aubé, a Montreal public-health spokesperson.

In Toronto, Ms. Gournis said it does not appear that high-school outbreaks are behind an increase in the percentage of teenagers whose coronavirus tests are coming back positive.

Janine McCready, an infectious diseases physician at Toronto’s Michael Garron Hospital (MGH,) said that in speaking to teenagers who’ve tested positive for COVID-19, she has found that, “it’s not in-class contacts, but it’s the whole process of going to school and then hanging out with their friends after school.”

Many also risk being exposed at part-time jobs, she added.

Dr. McCready has been leading MGH’s efforts to take testing directly to east-end Toronto schools. The hospital has performed more than 400 tests for nearly 20 schools, including by operating pop-up clinics inside some schools.

Dr. McCready said she is growing more concerned about students who pick up the virus at school taking it home to their families, particularly in the hardest-hit pockets of Toronto.

“To date, the numbers [in schools] have been encouraging, but the issue is that as the numbers continue to rise it becomes more and more challenging to keep the schools safe and keep the numbers low,” she said.

with files from Les Perreaux and Chen Wang 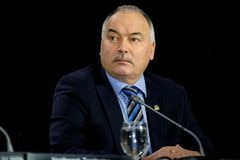 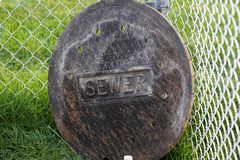 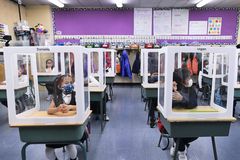