As the fastest spacecraft ever launched races toward its rendezvous with the farthest place ever explored, scientists are eagerly awaiting answers to a host of questions about an obscure celestial body named Ultima Thule, including what it might say about the origins and formation of our solar system.

Never before has such a space encounter played out with so little advance knowledge about what to expect. Ultima Thule was only discovered in 2014 – more than eight years after NASA’s New Horizons spacecraft was already launched on its mission to explore Pluto and parts beyond. And not until New Horizons shoots past the remote planetoid on Monday night will anyone have a clue about some of the object’s most basic characteristics, including its shape and rotation rate, or whether it is two distinct objects in close proximity.

“We really only have a sketch of an idea of what we’re going to find there,” said JJ Kavelaars, an astronomer with Canada’s National Research Council. “That’s what makes it so exciting.”

As part of the science team for the historic encounter, Dr. Kavelaars spent the weekend camped out at Johns Hopkins University’s Applied Physics Laboratory in Laurel, Maryland, which serves as headquarters for the New Horizons mission.

His presence there, together with that of fellow NRC colleague Stephen Gwyn, is due to the ultrasharp vision of the Canada-France-Hawaii Telescope on Mauna Kea, which helped identify Ultima Thule as a target for New Horizons and measured its position precisely enough to ensure the spacecraft could get there with a minimum amount of fuel expended on course corrections. (The object’s name is based on ancient maps and is a metaphor for the most distant of places.)

In return, the Canadian researchers will be among the first to catch a fleeting glimpse of an object so ancient and pristine that it is essentially a direct example of one of the solar system’s initial building blocks, like those that went into creating the planets over four and half billion years ago.

“It’s going to be coolest thing I’ve done so far and probably the coolest thing I’m ever going to do,” said Dr. Gwyn, whose calibrations of Ultima Thule’s position proved so on-target that engineers were able to skip one of the spacecraft’s scheduled engine burns to adjust heading a couple of years ago.

For scientists who have been with New Horizons since the beginning, the flyby of Ultima Thule is the icing on the cake for a mission that fulfilled its main objective in spectacular fashion in the summer of 2015, when it became the first spacecraft to visit and reveal Pluto.

Among its chief discoveries then was that Pluto is a complex and dynamic world with a diverse surface made of nitrogen and other frozen gases and evidence of continuing geological activity.

But even before New Horizons had finished transmitting its images and other data from Pluto and its moons, scientists were busy gearing up for the mission’s second act: a closer encounter with the Kuiper Belt.

Named after Dutch-American astronomer Gerard Kuiper, the belt is a region of small icy bodies at the shadowy fringes of the solar system. It begins at the orbit of Neptune, the outermost of the major planets, and extends for another three billion kilometres. Within that vast territory, astronomers estimate there are tens of thousands of objects larger than 100 metres in size – the leftover raw material out of which the solar system formed.

While it is defined by its location, scientists have long known the Kuiper Belt is made up of two separate populations. One population consists of icy bodies, including Pluto, that are thought to have formed somewhat closer to the sun and were then cast out into the Kuiper Belt through gravitational interactions with Uranus and Neptune.

Ultima Thule is another matter. With an estimated diameter of just 32 kilometres, its orbital characteristics suggest it belongs to the population of objects that formed within the Kuiper Belt and never left. Remote and undisturbed, it offers a window on the deep past and a rare chance to anchor ideas about planet formation with some solid data.

“We’re desperate for constraints on that process,” said Brett Gladman, an astronomer at the University of British Columbia.

In a research paper posted online last week, Dr. Gladman and colleagues make predictions for how many craters New Horizons will see peppering Ultima Thule’s frozen surface. This four-and-half-billion year record of impacts can be treated like an interplanetary census, because craters of various diameters represent the size distribution of objects within the Kuiper Belt.

An accurate crater count will be one of several ways in which the New Horizons is likely to inform what scientists understand about how solar systems are made when it skirts within 3,500 km of Ultima Thule on Monday night. (The spacecraft is now moving so fast relative to its target – roughly 14.4 kilometres per second – that its images would blur if passed any closer.)

But while the reconnaissance will be swift, it will take the better part of a day for scientists to get back just one image of Ultima Thule. This is because the spacecraft is now so far away and its signal so weak it is transmitting data at the rate of a 1970s-era telephone modem. That first glimpse could be released as early as Tuesday, if scientists are lucky in how they pointed the spacecraft and in their choice of which frames to download first. More images will follow over the next several days.

That delayed gratification is a small price to pay for scientists who have spent years preparing for the encounter, including a number who are NASA employees and working without salary during a partial shutdown of the United States government. In addition to Dr. Kavelaars and Dr. Gwyn, international members of the science team include Brian May, an astrophysicist who is better known to the world as a guitarist with the rock band Queen.

“Very few teams have had this experience and this privilege of crossing the entire solar system,” said Alan Stern, the mission’s principal investigator on Friday. “We’ve worked so hard. People are ready to see that payoff and see what we can learn about the birth of our solar system.” 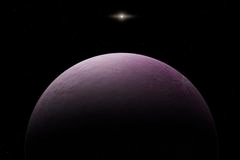 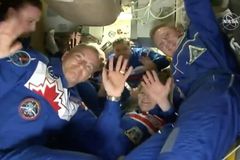 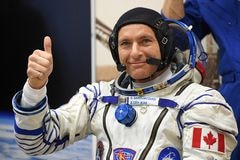