When Elisa Resconi throws a line into Pacific waters off the coast of Vancouver Island, she’s not after fish, or any other living creature on Earth.

Rather, Dr. Resconi, a physicist at the Technical University of Munich in Germany, is looking to reel in high-energy neutrinos, ghostly particles that carry news of the cosmos and the fundamental nature of matter.

Together with a small team of researchers, she is testing the waters of the Cascadia Plateau, a flat, sediment-covered plain more than 2.5 kilometres deep, where the momentary flash of light that announces a neutrino’s arrival may occasionally be seen piercing the abyssal gloom. Depending on their results, the scientists’ efforts could pave the way for a major physics facility that would cast an enormous net for the elusive particles thanks to an existing Canadian-built cable system for deep-sea science experiments. 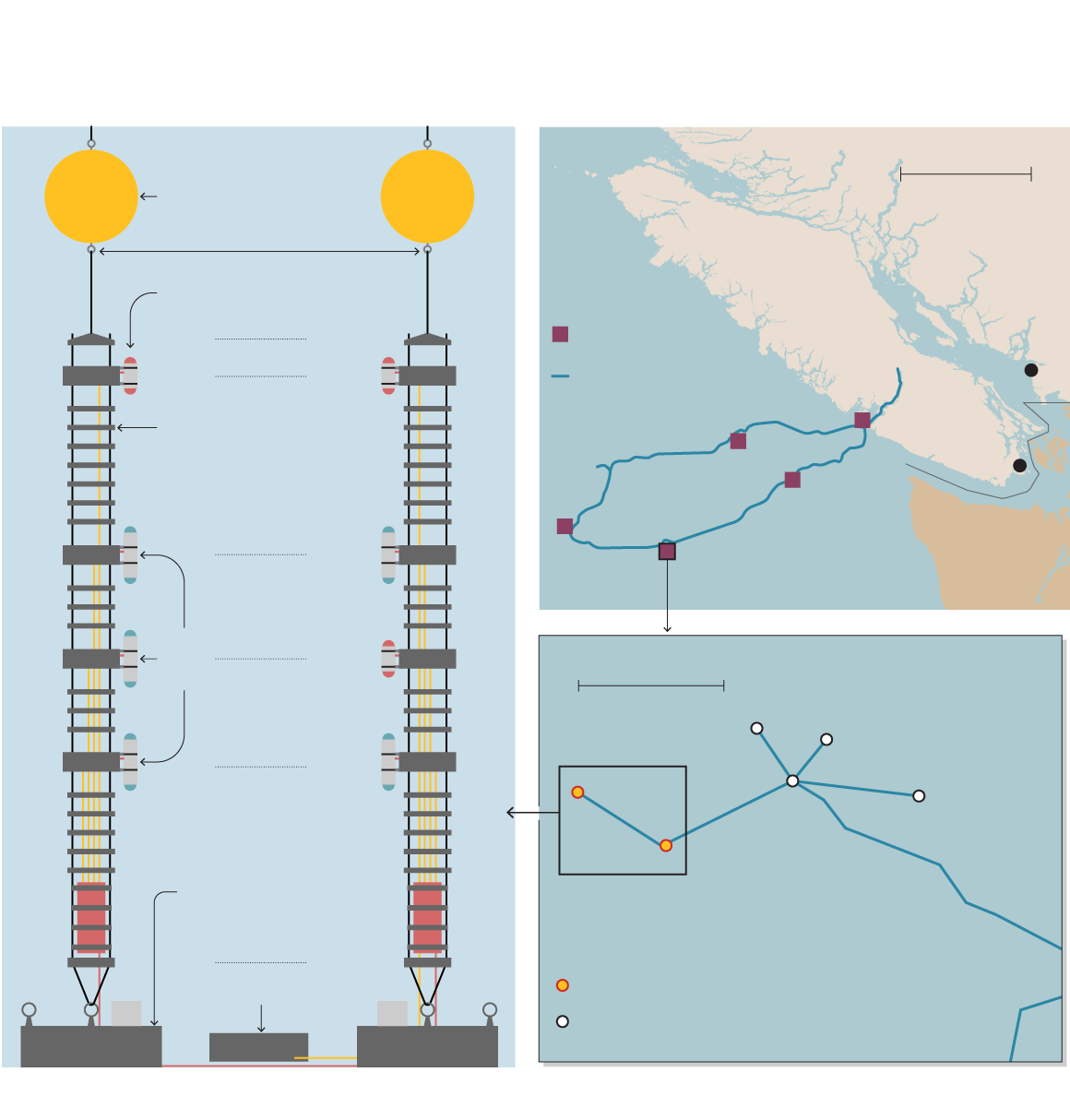 “It’s a bit like discovering a laboratory that’s already been set up for us,” Dr. Resconi said of the system, which is operated by the research initiative Ocean Networks Canada and based at the University of Victoria.

The system consists of a long loop that runs off the edge of continental shelf and into the deep ocean, with convenient nodes along the way where experiments and sensors of all kinds can plug in and communicate with a control centre on shore. Created primarily to aid ocean science, the system may turn out to be a perfect fit for the kind of large-scale neutrino detector Dr. Resconi and her colleagues have in mind.

“No one thought of particle physics as a reason to build it, but the point was always that it should serve multiple disciplines,” said Benoît Pirenne, who is executive director of user engagement for the system.

Neutrinos interact with other matter so infrequently that scientists must build giant detectors to have a hope of snaring just a few. The largest in the world, called Ice Cube, consists of long strings of sensors encased in a cubic kilometre of ice at the South Pole. Last week, scientists working with Ice Cube announced that for the first time they had bagged a high-energy neutrino fired from the maw of a giant black hole in galaxy about four billion light years away.

Now, Dr. Resconi and her colleagues are eyeing the Pacific Northwest as a potential site for a neutrino detector that would match the size of Ice Cube or even exceed it. Rather than ice, such a facility would use the relatively still and frigid waters in that part of the deep ocean as its detecting medium.

To explore the possibility, her team has built two 100 metre-long test “strings” that include both light sources and light detectors. In June, the two strings, held upright by floats, were moored to the seafloor by Ocean Networks Canada at its Cascadia station.

The purpose of the two strings is not to detect neutrinos, but to signal each other and mimic what happens when a neutrino passes by.

“We want to learn the optical properties of the water and see how the light behaves,” said Darren Grant, of the University of Alberta, the lead Canadian physicist on the project.

Neutrinos do not give off light but, in rare cases, they can collide with and deliver their energy to another particle, which then shoots off through the water at high speed, emitting a burst of light. When thousands of light-sensitive detectors are deployed in a three-dimensional array, scientists can use such a burst to work out the incoming neutrino’s energy and direction of motion.

One of the objectives of the test is to learn how to distinguish the light triggered by neutrinos from that produced by ocean creatures in the dark depths to attract mates or prey.

Dr. Resconi said that she was mesmerized watching the smooth deployment of her team’s equipment last month via an online video link. To date, efforts to set up similar neutrino detection experiments in the Mediterranean Sea have been confounded by problems with underwater support infrastructure − a problem that is neatly avoided by the existence of the Canadian system.

“I saw that this was routine for them,” she said. “That’s a great for all of us.”