The Saskatchewan Party won a massive majority in the province’s election on Monday. But almost immediately, Premier Scott Moe was forced to address the second-place showing of the upstart Buffalo Party in a handful of rural ridings, and to clarify his own reference to an “independent” Saskatchewan.

The Buffalo Party calls for greater provincial control in matters such as policing, pensions and taxation, and it seeks the building of cross-country pipelines and greater economic autonomy – without actually pushing for separation from Canada.

Its showing at the polls in Saskatchewan on Monday can be read as a boost for a small group of fledgling, like-minded political parties pushing for at least greater autonomy for Prairie or Western provinces. But more than anything, the provincial election was used by some Saskatchewan voters to register another protest against the federal government – essentially urging Mr. Moe to be even tougher in his positioning with Ottawa.

Like his conservative counterpart in Alberta, Jason Kenney, Mr. Moe already has a long list of beefs with Ottawa. His government has battled the federal implementation of the carbon tax and he has called on Ottawa to address what he describes as inequalities in federal transfer programs.

But even in the midst of victory, after his party captured 50 of 61 seats, Mr. Moe appeared to be on the defensive. In his election night speech, he addressed the 3 per cent of Saskatchewan residents who voted for the Buffalo Party. He said his government will be unrelenting in defending the province’s interests and industries, and “we will always stand up for a strong, and independent, Saskatchewan.”

On Tuesday, speaking with reporters, he was asked what he meant by his use of the word “independent.” He said he will say more about what that means in the weeks ahead but, “I don’t support Saskatchewan separating from the nation of Canada."

Former federal Conservative party leader Rona Ambrose said the Buffalo Party result is not surprising given “separatist sentiment and anger toward Ottawa” in the West.

“The reaction from Premier Moe when he said, ‘We hear you,’ is important. He is acknowledging the frustration, and not dismissing it,” Ms. Ambrose said in an e-mail on Tuesday.

The Buffalo Party of Saskatchewan only came into existence this year, produced a sparse seven-page platform ahead of the province’s election day, and ran candidates in 17 of 61 constituencies.

Still, the party placed second, ahead of the opposition NDP, in four rural ridings on Monday. It won more of the total popular vote than the Green Party of Saskatchewan, and snagged a quarter of the vote in Estevan – a rural riding in southeastern Saskatchewan hard hit by oil-price drops and resulting decline in drilling activity.

“Those constituencies have felt really left behind,” said Buffalo Party Leader Wade Sira, noting rural economies in the province have also been hurt by the loss of coal jobs in recent years.

His party, which only got its name in July, hopes to build on momentum from Monday’s vote for the 2024 election in Saskatchewan, he said. “Even though we didn’t win any seats, we created a ripple effect."

The Buffalo Party is not formally connected to other Western autonomy parties, such as the Wildrose Independence Party of Alberta, or to the federal Maverick Party (formerly the Wexit Canada party), Mr. Sira said. Nor does it have direct ties with the Buffalo Project, a group funded by Alberta and Saskatchewan businessmen pushing for what they describe as a “new deal" for Western Canada. But all are focused on a righting a long list of Western grievances with the federal government and Central Canada, and some are open to the possibility of separation.

“They’re going to learn a lot from what we’ve done here,” Mr. Sira said on Tuesday.

Still, Lethbridge College political scientist Faron Ellis cautioned about reading too much into the results. In rural Saskatchewan ridings, where voters would have been confident their preferred governing party, the Saskatchewan Party, was going to win in landslide, there wasn’t much risk in voting for a protest movement.

“When people are frustrated, they’re willing to talk about any notion." 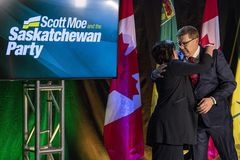 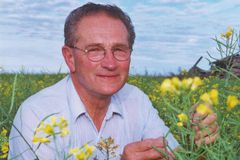 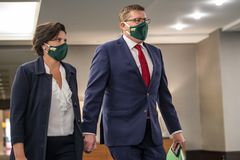 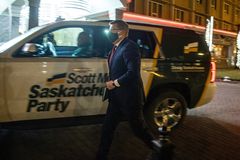