The crew of the Federal Columbia didn’t think much of the COVID-19 outbreak at first.

It was something happening on land and, anyway, seafarers rarely get sick, said the cargo ship’s captain, Karandeni Senarathna.

But while the bulk carrier picked up a load of steel about three weeks ago in Bremen, Germany, bound for the port of Hamilton, “everything changed,” said Capt. Senarathna. Suddenly, across Europe, “everything shut down.”

Now his crew of 22, along with one officer’s wife, are among the hundreds of thousands of seafarers – men and women who work on commercial ships – facing unique hardships during this pandemic. Many are effectively confined to their vessels and unable to return home as borders close, flights are grounded and fear of contagion from outsiders continues to spread.

Speaking from his ship in the port of Hamilton earlier this week, Capt. Senarathna acknowledged the toll on him and his crew, most of whom still have several months left on their contracts.

“Actually it is difficult. There are times when you get emotional,” said the captain, who has a wife and four daughters at home in Sri Lanka. “There are moments of: ‘When will you come home? When will this be over?’ We have never experienced anything like this in our lifetimes.”

The situation has grown dire enough that ship owners and transport workers have started jointly lobbying the United Nations to facilitate crew changes by encouraging member states to give mariners the right to travel in and out of their countries. They point out the supply chain is held together by seafarers remaining healthy and willing to work. Global distribution is beginning to wobble under the weight of domestic lockdowns and travel bans.

Seafarers often work nine- or 10-month contracts. But thousands reaching the end of those arrangements are already finding it impossible to repatriate because of border closings in countries such as India and the Philippines, where many of the world’s roughly 1.5-million seafarers live. About 100,000 seafarers per month are unable to return home or be relieved by new crews because of the pandemic, estimates the International Transport Workers’ Federation (ITF), a federation of transport unions. That has kept many mariners at sea for a year or more, with no end in sight.

Canada is one of the rare countries that has exempted maritime crews from travel restrictions, to facilitate the flow of world trade, but delays in other countries can still trap exhausted seafarers on their ships in Canadian ports.

The Filipino crew of the bulk carrier Orion Genesis recently contacted the ITF to say that many of its members had already extended their contracts and were now seeking repatriation when they docked in Vancouver, after more than a year on the ship.

“The best chance to help them is in Canada,” wrote one of the crew in an e-mail to ITF’s national co-ordinator, Peter Lahay, in late March. “They are very tired already & exhausted.. Hoping and praying to your kind assistance.”

Despite help from Transport Canada in securing visas for a replacement crew, the ship’s Singaporean owner argued that it was too difficult to get fresh seafarers out of the Philippines and persuaded the existing crew to sign new contracts.

Even in normal times, seafarers are prone to exploitation and indifference from a general population that depends on ships to facilitate an estimated 90 per cent of global trade, Mr. Lahay said. He worries that the pandemic will make the world turn its back on the mariners’ worsening plight.

“My fear is that seafarers are stigmatized in this, because there is always this fear of unknown people – the Polish crew or the Filipino crew – and yet we accept their trade,” he said. “Maybe that’s what the world thinks of seafarers – they’ll just become casualties of the COVID war.”

Along with added strain on their endurance and their families, mariners face logistical challenges as they try to avoid infection while continuing to work. It does not take much imagination to picture the horror of an outbreak at sea – the experience of cruise ships such as the Diamond Princess, where about 700 people contracted the virus, are warning enough.

In part to prevent that from happening, discretionary shore leave has been banned in Canada since April 3, so most seafarers must remain cooped up on ship. The practice is reminiscent of the original quarantine – the 40 days, or quaranta giorni, that ships from infected ports were required to sit at anchor when arriving in medieval Italian cities during outbreaks of the plague.

Today, though, it is seafarers who are at greatest risk of becoming infected in ports, rather than the other way around. The crew of the Federal Columbia was already wary of disembarking in Hamilton – where seafarers often like shopping at Walmart and visiting Niagara Falls – fearing that one of their members may contract COVID-19.

“We are worried about going out. That is one bad aspect,” Capt. Senarathna said. “Our chief cook is saying he has already made up his mind – he doesn’t want to go ashore; he wants to go home.”

Hamilton’s Mission to Seafarers has been helping to supply the ship with toothbrushes, SIM cards to connect with family, and several bottles of vitamin C; the group’s chaplain, Rev. Dan Phannenhour, left the supplies at the bottom of the ship’s gangway.

Stevedores, meanwhile, still have to board the ship to unload its cargo, but they have been maintaining a scrupulous physical distance from the seafarers, who in turn disinfect the crane cabin for stevedores to use after testing it in the mornings.

The captain is more worried about essential provisions for the crew such as food and fresh water. For now the ship has at least two months’ worth, but he’ll have to restock, probably in Montreal.

“You never know, things could get worse,” he said. “The supply shops could be shut down.”

Capt. Senarathna, whose daughters range in age from 1 to 10, also knows things could already be worse for the Federal Columbia. He has colleagues who have been unable to go home at the end of their contracts, so they have signed on to sail the long voyage from China to Brazil.

For now, as he navigates his 200-metre-long vessel through the locks of the Great Lakes, he is trying to maintain morale at a trying time.

“It’s nobody’s fault, we have to understand that. We have to support each other and stay strong,” he said. “We are trying to stay strong.” 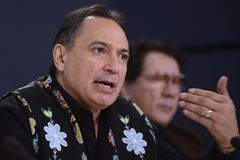 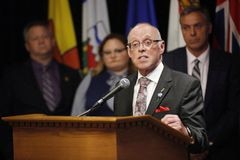 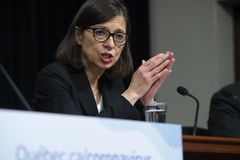