Every year for more than a decade, Ricardo Sookhoo and Brendon Thompson spend eight months sowing and harvesting onions and carrots at Eek Farms near Newmarket, Ont. And every year, once the fields are cleared and the vegetables are shuttled off the farm, destined for household tables and restaurant kitchens across Canada, they know they will return home for Christmas to eat, drink and dance with their families and friends.

But this year is different. Trinidad and Tobago closed its borders in March when the pandemic spread across the globe and Eek Farms’ crew, which includes Rudy Ramroop who joined the farm this year, are stuck in Canada to wait out the COVID-19 pandemic – along with nearly 400 other migrant workers from Trinidad and Tobago. To curb the virus spread on the islands, Trinidad and Tobago imposed strict travel restrictions, including banning commercial flights.

“It’s not our fault, it’s the government,” said Mr. Sookhoo, who has worked at the farm since 2005. “All the other countries who are in the [migrant worker] program have gone home no problem. It’s just us stuck here.”

The workers have never spent a winter in Canada, and not all farms are prepared to house workers during the colder months. Many live in trailers and bunkers with dozens of other people who leave their families every year to work in physically demanding farm jobs that Canadians tend to avoid.

Rather than lodging in trailers, the three men at Eek Farms live in a house that was once home to a local family. It is winterized, hooked up to internet and cable, and each worker has his own private room. A Christmas tree with silver tinsel and multicoloured ornaments twinkles in the corner of the living room.

Instead of making the rounds to visit family, eating Trinidad macaroni pie and imbibing a bright red, sweet drink called sorrel along the way, they will be packing up gifts, including a television, baby clothes and dishwashing soap, to send home to family that they may not see again until late next year.

Mr. Thompson, who proposed to his partner in February, will not make it home to help plan a wedding for late next year. And Mr. Ramroop watched the birth of his first child in September over the phone. Since then, he has spoken with his wife and baby girl by video chat every evening. He sent a package of baby clothes – dresses, pajamas and T-shirts – when Eissa Marie was first born, but she has already outgrown her first wardrobe and he’s been shopping for new outfits to send home.

He worries that, even if he is allowed to return home over the winter, migrant workers may not be permitted to come back to Canada in the spring. They lost out on months of work and wages this year when their arrival was delayed until late summer after Canada closed its borders to help prevent the spread of the virus in the early stages of the pandemic.

“I’m missing my first Christmas with my baby, and the next time I’ll get to see her for the first time might be next Christmas,” said Mr. Ramroop, adding that it would be too expensive to quarantine in Trinidad to visit for a short time, estimating that it costs more than $2,000 to stay in an isolation centre. “I would need to stay here for work. To go home in February and come back in April doesn’t make any sense.”

Since their contracts ended in November, the three men are not permitted to work in Canada. Bill and Avia Eek, who own the farm, have been assigning them odd jobs, but there is only so much work to go around in the winter. They have been repairing vegetable crates the size of large armchairs – they’ve completed roughly 2,000 out of 5,000 – and tearing down an old shed. But the hours fall short of even half a week of work, ranging between 10 and 15 hours each week.

“They’ve resigned themselves to the fact that they can’t go home,” Ms. Eek said. “Their country has abandoned them.”

She has been processing the paperwork for open work permits, which the federal government made available in the past week to workers stranded in Canada, to allow them to take on jobs off the farm and provide them with access to health care and employment insurance. The men from Eek Farms may join the team at a local food-packing plant next month, and they are considering pitching in at other farms in the area.

For the holidays, Mr. Sookhoo, Mr. Thompson and Mr. Ramroop will be spending the day in their kitchen cooking a buffet of turkey, chicken, pork and other treats to celebrate. They have grand plans for the snowy season. They are hoping to try out snowmobiling, skiing and ice fishing for the first time. But they count themselves lucky being on a farm where they have the proper heating and infrastructure to make it through the winter.

“We’ve already been away from our families for six or seven months and our farmers have been good to us, but I’ve heard that others aren’t doing as well,” Mr. Thompson said. “Everyone sacrifices to come up here. We’re trying to make a better life.”

‘Nobody sent their money, just me’: Supporting overseas family during the COVID-19 pandemic
November 9, 2020 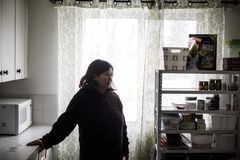 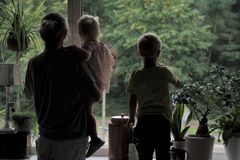