Self-isolation directives are compounding the risk for women who face intimate partner violence at home, experts warned this week amid an accelerating COVID-19 pandemic.

“Because of everyone being asked to stay home, they’re stuck in the house with their abuser. It’s not safe for them to call,” said Fazia Mohammed, a community programs manager at Interval House Toronto, which helps women experiencing domestic violence.

Ms. Mohammed said a number of women who called the centre in recent days were unable to call again because they had no privacy, leaving staff to try and help them by email.

Mass layoffs have worsened these scenarios, Ms. Mohammed explained: “Normally when women are leaving, they do so when their abuser is at work. Now he’s not at work. He’s right there.”

As the worldwide pandemic spawns mass quarantines, dire income loss and uncertainty, experts cautioned that all of these conditions can intensify stress and abuse in homes where violence already existed or was imminent. Research suggests intimate partner violence often surges during serious crises: A Red Cross report found both domestic and sexual violence increase after disasters, while a Chinese anti-domestic violence nonprofit reported a spike in abuse cases with the imposition of coronavirus quarantines.

Mandated self-isolation is particularly dangerous because abusers actively work to alienate victims from their networks of social support, said Barb MacQuarrie, community director of the Centre for Research and Education on Violence against Women & Children at Western University.

“They limit their social contact with others. That can start with family, restrictive friend networks and talking to neighbours,” Ms. MacQuarrie said. “With the directive for everybody to be self-isolated, we have far fewer opportunities to break through.”

Uncertainty can also be a trigger, experts say, because abusers are often extremely controlling of their partners’ lives. Uncertain times leave them with frustratingly little control over many aspects of their own lives. “He’s going to be taking that out on her,” Ms. Mohammed said. “That’s something we’re really concerned about.”

Economic stress hampers a woman’s ability to flee, said Andrea Gunraj, vice president of public engagement at the Canadian Women’s Foundation. Laid off, some women are unable to leave violent homes because they are financially dependent on an abusive partner to support their families.

“Having no access to daycare, not being able to lean on elderly family members or anybody for help ... again, you’re increasing the pressure,” Ms. Gunraj said.

The closures of public spaces are exacerbating the issue, experts say.

“Even if a woman wanted to go out, everywhere is pretty well shut down that she normally would have gone, be it her community centre, library or shopping mall. ...They are confined to their home,” said Lise Martin, executive director of Women’s Shelters Canada, who has observed an upswing in calls to shelter crisis lines across the country.

At the shelters themselves, staff are bracing for the pandemic. Many shelters feature communal living arrangements with shared bathrooms, kitchens and living rooms. Staff members have intensified their cleaning protocols and updated their emergency preparedness plans, Ms. Martin said.

“Shelters are also scrambling to rearrange their space to create spaces for women to isolate themselves,” she said.

Last week, the federal government announced a $50-million funding boost to women’s shelters and sexual assault centres to help manage capacity and prevent and deal with potential outbreaks at facilities.

Neighbours, friends, family members and co-workers should be on close watch for those at risk of domestic violence and reach out to assist them, experts say. Western University’s centre offers resources for bystanders and workplaces on how to spot the warning signs of abusive relationships and support victims to build a safety plan for leaving, plus where to refer them for resources.

Ms. MacQuarrie urged women in need to call provincial and shelter crisis lines. “Shelters can help with safety planning over the phone,” she said. “Sometimes it’s just about moral support.” 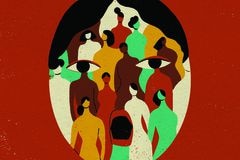