As we age, we accumulate loss – of mobility, cognition, income, independence and more.

But the greatest loss of all is one that is often overlooked: agency, the ability to have a modicum of control over our daily lives.

Elders are routinely stripped of agency – culturally, socially and financially. It’s no wonder aging is something we dread.

Our culture reveres youthfulness, vitality, speed. In our money-obsessed society, your value drops precipitously when you retire and stop earning. We classify you in a new category: “senior.”

Things get even worse when a person requires health services. They become a burden, a cost, a bed blocker. They are no longer a person in need of care and compassion, but an object on whom tasks are performed.

Yet, the world is getting older, and at a remarkably quick pace. For the first time in history, there are more people on the planet over the age 60 than there are under the age of five.

In Canada, the demographic gap is even more stark, with more people 65 and over than 15 and under. The two fastest-growing demographic groups in this country are centenarians and their slightly younger brethren in the 85-and-up group.

This is not a bad thing. A slowdown in births, coupled with healthier elders, could contribute to a more sustainable world, ecologically and economically. And the shifting balance of “young” and “old” could provide us with a perfect opportunity to confront our assumptions and biases about aging.

But the key word here is “healthier.” 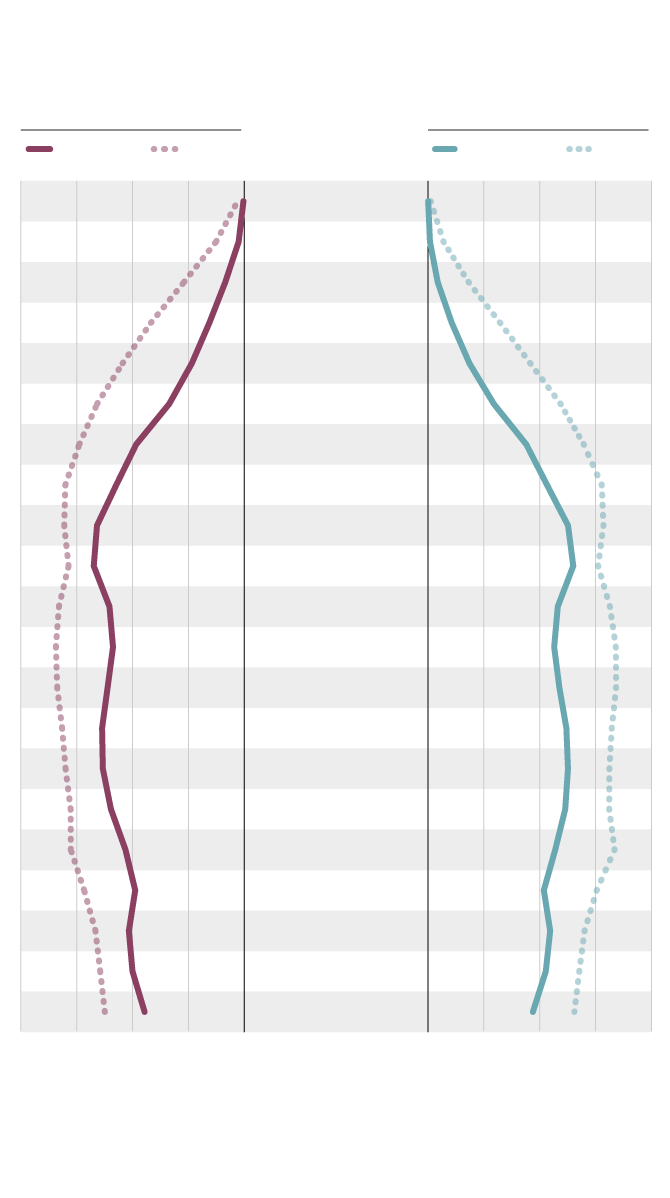 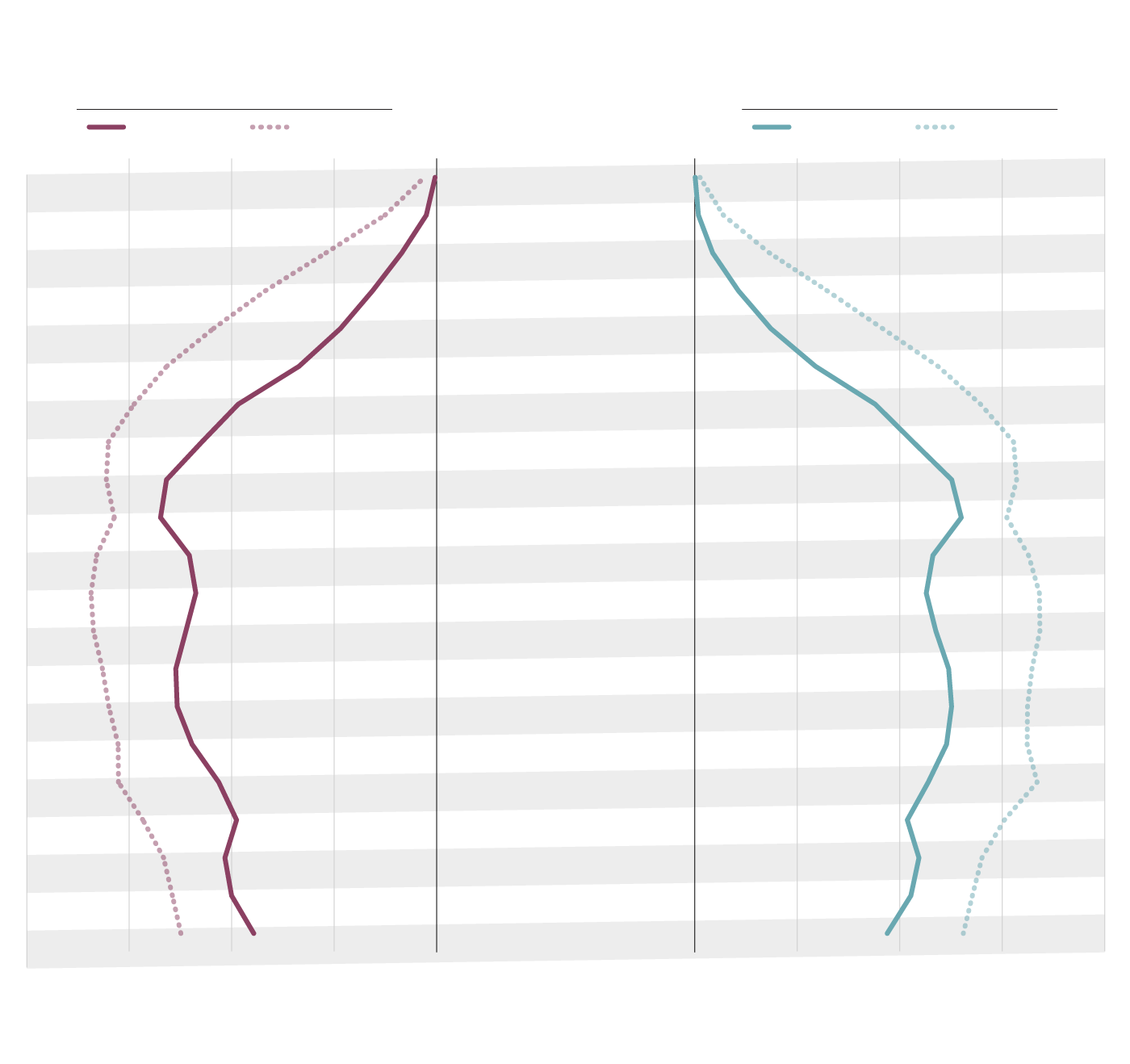 Living longer, but not better

Life expectancy in Canada is remarkable: A male born here today can expect to live 78.9 years, and a female 83.9 years. But even that understates the reality. Women who live to 65 (and most do), can expect to live another 20.8 years on average, and men a more modest 16.7 years.

The dark, little-discussed reality, however, is that while we’re living longer, there is little evidence that older people are living better. That’s because the last 10 to 12 years of these prolonged lives include living with significant physical and mental disabilities.

As the well-worn public-health expression goes: We are adding years to life, but not life to years.

Statistics Canada measures not only life expectancy but what it calls health-adjusted life expectancy (HALE), which estimates years one can expect to live without significant pain, or loss of mobility, dexterity or cognition.

The message in those data is that elders’ quality of life is not keeping pace with their increasing longevity.

For example, while men’s life expectancy is, as noted, 79.8, their HALE is only 69. Similarly, women have a HALE of only 70.5. And over the past two decades, the average years a Canadian can expect to live has been growing more quickly than the years they will live without a significant loss of abilities. 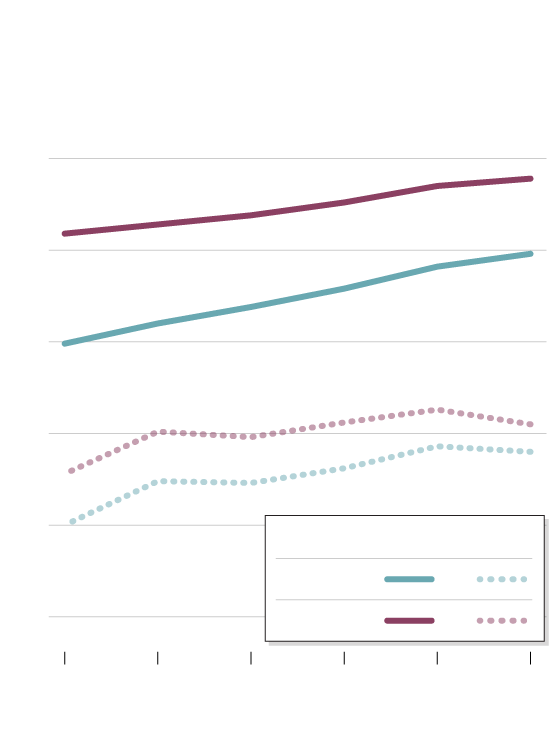 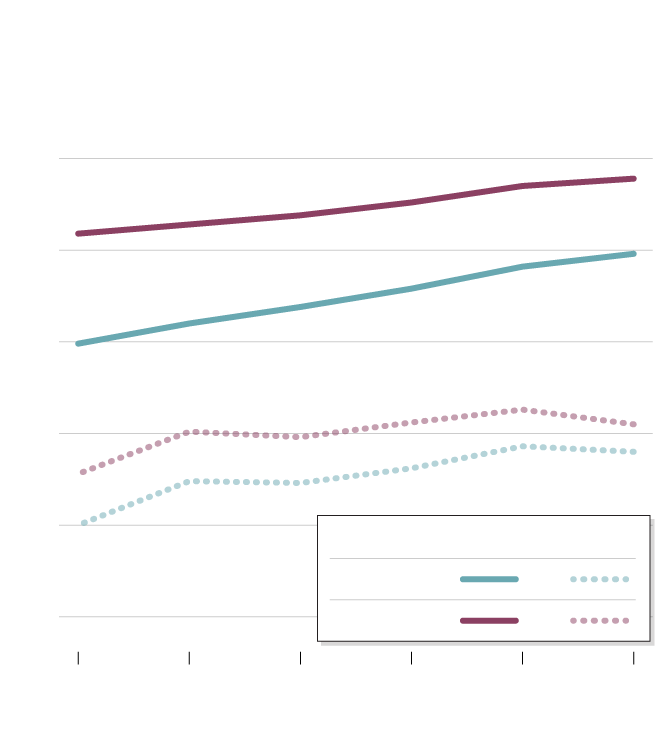 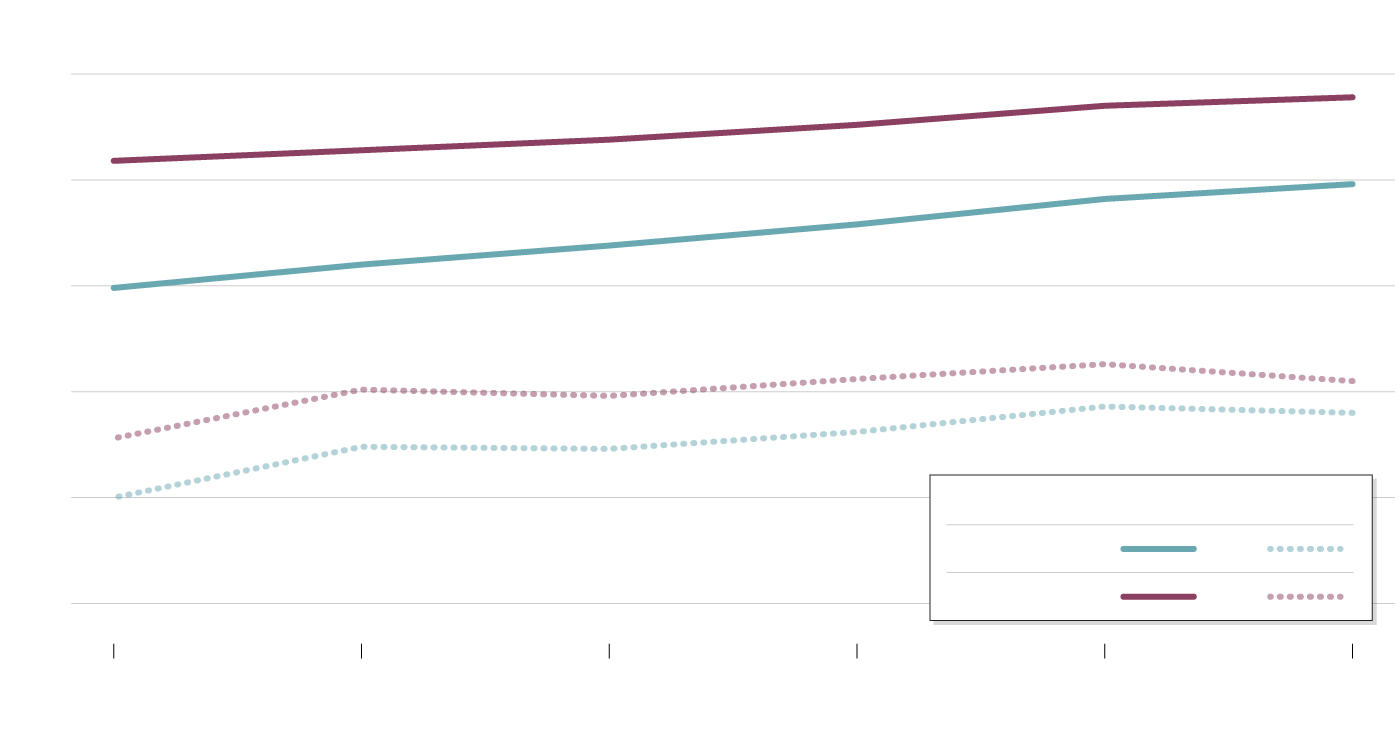 As the World Health Organization writes in its Decade of Healthy Ageing Plan of Action: “The opportunities that arise from increasing longevity depend strongly on healthy aging. People who experience these extra years of life in good health and continue to participate and be an integral part of families and communities will strengthen societies; however, if the added years are dominated by poor health, social isolation or dependency on care, the implications for older people and for society are much more negative.”

Stated plainly, if we focus on keeping elders healthy, they will be able to contribute more, economically, socially and otherwise.

That’s going to be important as society ages and there are fewer young people to fill jobs.

And, for the most part, that’s exactly what older people want: to be engaged, not marginalized. To be active, not housebound or institutionalized. To be connected to their community, not isolated and lonely. To, ultimately, live out their final years, months and days in a dignified manner.

Unfortunately, we haven’t made that easy.

We continue to spend a lot of money on sickness care for elders – treating older people for maladies as they arise – but far less on keeping them healthy in the first place, with nutrition, housing and income support programs.

The outbreak of the COVID-19 pandemic made this state of affairs shockingly apparent.

Older people were in the news, in large part because they were dying in horrific numbers.

In Canada, much of the focus was on the carnage that occurred in congregate settings such as long-term care homes, the setting for about half of our 45,500 COVID-19 deaths to date. (Most of the other deaths have been in people over the age of 60 living in the community.)

So when students in the Global Reporting Program at the UBC School of Journalism, Writing, and Media began kicking around ideas for a project about a year ago, they quickly zeroed in on aging.

Several noted that while a lot was being written about seniors, the subjects themselves were rarely heard from. The young people were determined to give the older people a voice.

Their multimedia report, Growing Older, profiles four elders in Finland, Sweden, South Korea and Canada as they contend with the challenges of aging.

It touches on many aspects of health, including financial well-being, memory disease, institutionalization and the effects of climate change on older bodies.

The students also produced a series of videos featuring the individuals; the stories shared are deeply personal.

Quita Longmore of Ladysmith, B.C., is determined to age in place. The 79-year-old wants to live and die in her home with the help of her son, and speaks of her dread of being institutionalized and isolated.

Lasse Ainasoja, a retired bus driver in Helsinki, speaks candidly about living with dementia at age 62, including the fear of losing memories and of being a burden to his loved ones.

Yeong-Im Jung, 75, recounts her backbreaking daily routine: collecting cardboard and other recyclables on the streets of Seoul in a bid to make a few dollars to put food on the table. This is how she survives in one of the wealthiest countries in the world, where reverence of elders is supposed to be a cultural norm.

Lisa Högberg, a retired flight attendant, is now a climate activist in Sweden. The 77-year-old worries about what kind of world her generation is leaving younger people.

One of the most fascinating revelations of the series is how much younger and older people have in common. Both worry about the affordability of housing, the ability to make ends meet, the burden of caregiving and the fate of the planet.

The other strength of the project is its ability to humanize all the dry statistics. Give an issue a face, and you can’t help but picture your own relatives.

The fact that elders (and older women in particular) have among the highest rates of poverty really hits home when you imagine your grandmother collecting scraps at dawn so she can eat lunch. The numbers about soaring dementia rates are abstract until you imagine your own father or grandfather losing his memories, or consider that even countries with some of the world’s best health systems, such as Finland, are still struggling mightily with what they call the “memory crisis.”

And in places where parents often put off childbearing until later in life, and having just one or two children is the norm, young people are increasingly familiar with the flip side of this issue as well. They understand the burden that comes with caregiving. They know that looking after a parent or grandparent itself can be physically, mentally and financially demanding, not to mention isolating.

There have been many dire predictions of the rapidly aging population leading to marginalization of younger people – that the “OK Boomer” memes are a precursor of intergenerational warfare. But what a project such as this one demonstrates is that when conversations occur across generations, when younger people and their elders share their worries, hopes and dreams, there is far more commonality than animosity.

Young and old alike strive for the same thing: some agency, some sense of control, in a world that seems increasingly cruel and alienating.

This report was produced in partnership with the Global Reporting Program at the UBC School of Journalism, Writing, and Media. For their full report, visit https://globalreportingprogram.org/growing-older/

Aging in Canada: More from The Globe and Mail

Video: Far from the North, ‘it’s community that she misses’

With scarce options for senior care in Nunavut, many Inuit families have to send loved ones thousands of kilometres away for the support they need. Earlier this year, The Globe and Mail profiled one such family.

Challenges for Canadian seniors, in depth

Quebec’s nursing homes are betting big on the ‘Green House’ model of long-term care. Will it work, and could the rest of Canada follow?

Cheaper hearing aids could be on the horizon? Hear, hear!

The moral and societal imperative to fix long-term care