Ontario votes on Thursday – or at least some of it will. Only about half of registered voters bothered to cast a ballot in the last two provincial elections. Only a third of young people did.

People come up with all sorts of reasons not to vote when election day comes around. They are too busy. They are too confused. Their vote doesn’t matter anyway. None of these excuses stand up. Let’s tick them off one by one.

It’s too much trouble

Oh, come on. Voting is childishly simple. Polls are open from 9 a.m. till 9 p.m. Just show a piece of ID with your name on it and you get a ballot to mark. If you aren’t registered for some reason, it’s easy to fix. You can even do it on your phone. If you simply cannot spare the time on Thursday, you could easily have voted in advance polls, which opened May 26.

Tough. The options aren’t great this time around, but it’s your job as a voter to choose from what is available. “Remember, it is not about voting for the perfect candidate,” Michelle Obama said. “There is no such thing. Presidents are human.” So are premiers and would-be premiers. If you are not wild about any of them, vote for the least bad of the lot. It’s better than just crossing your arms and staying home. Or just vote for the local candidate that seems best. If you really can’t bring yourself to back any of the parties on offer, the least you can do is show up to vote and tell the election officer you decline to cast a ballot. It’s allowed. Thousands do it every election and have their ballot marked “declined.”

They’re all the same

That’s certainly not true this time (if it ever is). The front-runners are miles apart. One would rein government in, the other would expand its reach. One would tax businesses more, the other would tax them less. Doug Ford of the Progressive Conservatives and Andrea Horwath of the NDP differ on everything from carbon taxes to where beer should be sold. Voters seldom get a clearer choice.

That’s just lazy cynicism. Canadian politics are pretty clean, by and large – certainly cleaner than they were in our grandparents’ time. These days it is considered a major scandal when a senator is accused of fiddling with his expenses. If you are concerned about, say, the dodgy dealings surrounding some Tory nominations, don’t vote Tory. If the way the Liberals cancelled those gas plants struck you as underhanded, don’t vote Liberal. But don’t just stay away. It’s not fair to paint everyone with the same brush. Most of the men and women running this time are decent, honest people.

They don’t talk about issues that matter to me

We hear this one from younger voters, especially. They say that issues such as old-age pensions, crowded hospitals or high daycare costs don’t concern them. Well, just wait a little while, guys. In the meantime, you are supporting many of these services through the taxes you pay or will soon be paying. It’s short-sighted to take an interest only when politicians start talking about high tuition fees or the cost of rent. Elections are about the future. Your future. If you care about how it unfolds, you’d be foolish to opt out on Thursday.

That’s what many Americans said in 2016. Look who’s in the White House now. Every vote counts. That’s especially true in Ontario’s election. Mr. Ford’s PCs and Ms. Horwath’s NDP are neck-and-neck in recent polls. A small swing to either could determine the victor.

None of it really matters

Oh, it matters all right. Perhaps not in the life-and-death way it can in poor countries that hover between chaos and progress. Ontarians are lucky to live in a place with a stable political system. But a lot is at stake even here. The outcome of this election will determine concrete things like the price of a litre of gasoline, the price of electricity and the level of the minimum wage. It will determine how much people pay in taxes, whether they are rich, poor or middle-class. It will affect how Canada’s biggest province deals with the global challenge of curbing greenhouse gases. It will affect how kids in school are tested and how they are taught about sex. 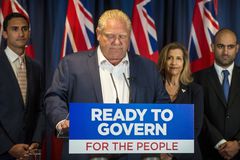 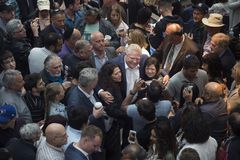 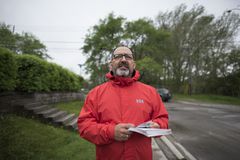