Several mass COVID-19 vaccination clinics across Ontario are winding down as first-dose registrations wane and communities shift their focus to smaller venues.

The large clinics held in local arenas, hospitals and recreation centres across the province have been a key part of the vaccine rollout that began this winter.

Now that first-dose vaccination coverage has hovered at around 80 per cent for adults provincewide, many health units are beginning the transition to smaller, more targeted vaccination approaches.

“Our large-scale clinics are ending because they are no longer filling up,” the Northwestern Health Unit, which covers the city of Kenora, Ont., and surrounding communities, said in a statement this week as its mass clinics wrapped up operations. “Once they are over, we will provide the vaccine in our offices and at smaller clinics in the community.”

Grey Bruce, a current hot spot for the more infectious Delta COVID-19 variant, is also shutting down its mass clinics at the end of the month to return the large sites for community use.

The health unit is advising people with shots booked for August and beyond to reschedule, and is offering smaller clinics across the region that includes several rural areas.

People living in the Wellington-Dufferin-Guelph region were urged this week to seek out their shots before the local health unit starts closing mass clinics the week of Aug. 6.

“I encourage people to take advantage of the thousands of available appointments at our clinics before we move to the next phase,” Rita Isley, director of community health for the region, said in a statement. “These last few weeks of our mass clinics are the easiest way to get your shot.”

The health unit said it will shift to small clinics and pop-ups “into the fall” after the last of the large clinics close on Aug. 20.

Larger cities are also following the trend, with Mississauga, Ont., aiming to close a convention centre used as a vaccination site on Monday, with another hospital clinic closing the next day.

Mayor Bonnie Crombie said the transition away from mass clinics is part of the city’s focus on bringing vaccines to the least-immunized communities, with more emphasis planned on pop-ups, drive-thru clinics and primary care sites.

“This is a good news story and it shows that our mass vaccination clinics have done their job getting the majority of our people vaccinated,” Crombie told reporters on Thursday.

“We can now look at this period as the home stretch of our initial vaccine rollout to get to that final 10 to 20 per cent of our population and ensure that they, too, are vaccinated.”

​Kingston, Ont.’s health unit announced last week that it would enter a “new phase” of its vaccination effort, with plans to shut down mass clinics beginning in August and shift to pharmacy, mobile and primary care sites.

Mass clinics in the London, Ont., will see reduced hours in the coming weeks amid dwindling demand, the health unit announced this week. It said immunizations have sped up and many people have moved up their second-dose appointments that were scheduled for the fall, meaning the large sites won’t be needed.

“As the health unit turns its focus to individuals in the community, the vaccination effort will rely on mobile and walk-in pop-up clinics, as well as providing opportunities to be vaccinated at community events,” the Middlesex-London Heath Unit said in a statement.

Health Minister Christine Elliott said earlier this month that primary care sites would become more essential to the province’s vaccination plan as mass clinics at hospitals, stadiums and other large venues wind down and resume their old uses.

The Grey Bruce health unit noted this week that its local COVID-19 situation is now a “pandemic of the unvaccinated,” a trend documented around the world.

The health unit says 95 per cent of cases reported in the first two weeks of July were among people not fully vaccinated, and encouraged people to get their shots, noting that it’s likely that vaccinated people may be subject to fewer restrictions such as isolation rules in the event of future outbreaks.

“Vaccinating the majority of people sets us on the road to return to normal,” it said.

Ontario reported 192 new COVID-19 cases on Friday and one death from the virus. Sixty-six per cent of Ontario adults are now fully vaccinated. 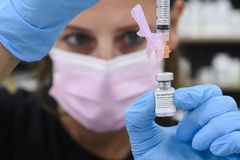 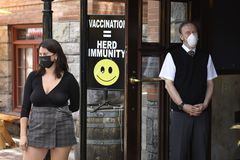 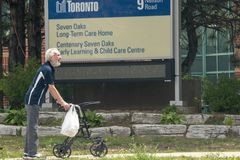