The testimony of sexual-assault complainants with intellectual disabilities should be assessed like that of anyone else, rather than on the basis of myths and stereotypes, the Supreme Court says, in a unanimous ruling that restores the conviction of a man for the years-long abuse of his vulnerable neighbour.

The stereotype at the heart of the case of Thomas Slatter was that the complainant was “suggestible” – that she might tailor her courtroom testimony or reports to police and social workers to be in line with suggestions made to her.

The adult complainant was living in eastern Ontario with her former foster parents in a housing program supported by Pathways to Independence, a non-profit group that helps people with developmental disabilities. She testified that, between 2009 and 2013, when she was in her late teens and early 20s, her neighbour, Mr. Slatter, sexually assaulted her many times, ranging from fondling during dog walks to intercourse at an abandoned house.

The trial judge, Ontario Superior Court Justice Wolfram Tausendfreund, said he found her testimony compelling, partly because it set out details over a period of years, and specified locations where her presence and that of the accused neighbour were corroborated by others. In 2017, he found Mr. Slatter guilty of sexual assault and sentenced him to 27 months in prison.

But on appeal, Mr. Slatter’s lawyer, Robert Reynolds of Belleville, Ont., argued that Justice Tausendfreund had not explained his reasons for rejecting expert evidence that the complainant was suggestible.

The expert, Jessica Jones, a forensic clinical psychologist and professor of psychiatry at Queen’s University, had testified that the average person is at the 50th percentile on a suggestibility curve of the population, while the complainant was at the 75th percentile, average for people with similar disabilities. (Dr. Jones said her intellectual functioning was at an early grade school level.) She also testified that if the information was personal, significant and “emotive,” someone with an intellectual disability would be less suggestible than they otherwise would be.

Two judges of the Ontario Court of Appeal, Justice David Doherty and Justice Gary Trotter, agreed with Mr. Reynolds last year, threw out the conviction and ordered a new trial. A third judge, Justice Sarah Pepall, dissenting, said the judge’s 28-page explanation of his decision to convict Mr. Slatter was adequate and did not need to be perfect.

She said that while the complainant had given detailed evidence about sexual assaults in an abandoned house, for instance, the defence offered only speculation that the woman’s social worker had induced her descriptions. “By any measure [the suggestibility] had no air of reality. There was no need for him to address the matter in his reasons," Justice Pepall wrote in her dissent last year. The dissent gave the Crown an automatic right of appeal.

This week, the Supreme Court released a brief written ruling in which it agreed unanimously with Justice Pepall’s dissent. (The court decided the case shortly after a hearing last Friday.) It stressed the importance of focusing on the individual, rather than on expert testimony, in assessing credibility and reliability.

“Courts should be wary of preferring expert evidence that attributes general characteristics to that individual, rather than focusing on the individual’s veracity and their actual capacities as demonstrated by their ability to perceive, recall and recount the events in issue, in light of the totality of the evidence,” Justice Michael Moldaver wrote for the court.

“Over-reliance on generalities can perpetuate harmful myths and stereotypes about individuals with disabilities, which is inimical to the truth-seeking process, and creates additional barriers for those seeking access to justice.”

During the hearing itself, Justice Moldaver said he could not understand why the appeal-court majority “jumped” on the judge’s failure to address suggestibility. “A trial judge need not specifically address that which is made out of whole cloth,” he told Mr. Reynolds. Justice Moldaver said the evidence “suggested she is anything but suggestible.”

She called the ruling an important step forward. “It makes it clear that, just because a person is labelled with a disability, we should be wary of treating their reliability differently based on what I would say are actuarial scores,” Ms. Fraser said in an interview. 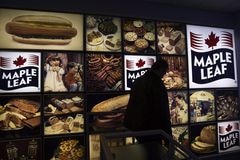 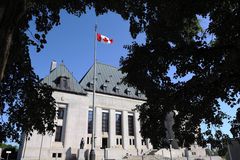 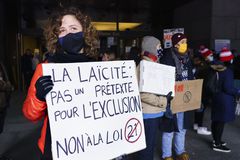