The tarp barn is hot and humid under the August sun as Amber Petersen steadies herself on a four-by-eight-foot sheet of plywood already slick with lanolin oil.

Sheep handler Draven Kowalski swings the long wooden gate open, picks another ewe out from the bleating crowd and ushers the reluctant 160-pound animal toward Ms. Petersen. She quickly puts the sheep on its back and begins shearing off its summer fleece, adjusting her position with her feet, like a dancer going through a routine she’s done thousands of times. In less than three minutes, the animal is shorn clean, put back in the pen, and another one is in her grasp. She’ll handle 80 sheep like this before her work is done, a light day by her standards.

Ms. Petersen, 36, is the last professional sheep shearer on Prince Edward Island, a job few people want to do any more because it’s exhausting, tricky, tough work. She handles about 9,000 animals a year, a workload that’s left its mark on her body: a pinched nerve in her arm that keeps her up at night, aching knees, throbbing wrists, sore hips. “If you can learn to shear, you can learn to do anything in life,” she said, with sweat dripping off her nose.

Sheep used to be a common sight on most Prince Edward Island farms, a cheap source of meat and clothing introduced by French, English and Scottish settlers who allowed them to roam the woods and meadows during the summer. They’re part of the reason bears were hunted to extinction on PEI nearly a century ago - the big predators decimated farmers’ flocks. But as land prices have increased here, making the island’s red dirt more valuable for hosting tourists and growing potatoes, sheep - while more plentiful now - have become a specialty, concentrated in just a few dozen farms. Sheep shearing, a skill that was once common, has gone with it.

“When I was a kid, everybody used to have a few sheep. And everybody would know someone who could shear sheep,” said Dale MacAusland, managing partner of MacAusland’s Woolen Mills in Bloomfield, PEI, whose family company has been making wool blankets since 1932. “Up until the early 1950s, you didn’t need a lot of money on Prince Edward Island. Sheep and lambs just made sense. If you needed a pair of pants, you’d make them out of wool. They were the original fast food.”

Today, if you have sheep that need shearing on PEI, you call Ms. Petersen. She’s so in demand that, for most of the year, she works seven days a week - three days at a desk job for a land surveying company, the rest of the time in a barn somewhere, hunched over on a sheet of plywood.

She can’t travel around her island without constant reminders that there’s always more work to be done, and another flock waiting. “There’s nothing worse than driving around and seeing woolly sheep, and being like ‘Oh, I haven’t gotten there yet,’” Ms. Petersen said.

She learned sheep shearing as a teenager from her father, a hobby farmer who taught himself shearing and tried to introduce the craft to both of his children. “My brother hated it,” she said. She learned to love it, although she lives on a beef farm now, with no sheep.

Not that long ago, it was considered unlucky to have a woman inside a barn when shearing was being done. Men still outnumber female sheep shearers about 40 to one globally. But Ms. Petersen, even though she has to wear men’s shearing clothes - specially-made suede moccasins, double-lined pants and an elastic belt - because no one makes them for women, has nothing to prove. She’s a skilled shearer who competes internationally, shears on contract in New Zealand, and has earned the respect of farmers around the Maritimes who have come to rely on her when their flocks get shaggy.

Much of their wool will be loaded into giant feed bags and trucked to the MacAusland’s mill, where it will be sorted, washed, dried and spun. Gone are the days when farmers around the region would mail pillowcases of raw wool to the mill. Today, the shipments are larger, and less frequent.

Sheep are known for being difficult, labour-intensive animals to raise, and many people with romantic visions of keeping lambs on a hobby farm quit after a few years. Jackie Irwin-Paynter, who owns the flock Ms. Petersen is shearing, says the stress is constant. Many evenings she sits on a stool in her barn and just watches her flock, looking for signs of illness or injury.

After a decade of shearing at a pace that would wear most people out, Ms. Petersen says she’s thinking about slowing down. Her body aches and wants a break. But someone needs to look after the island’s sheep. That’s why she’s already training a 21-year-old protege, Ila Matheson, to eventually take her place.

But quitting entirely? Ms. Petersen, pinning another reluctant sheep in place with her legs as she picks up her shears, just shakes her head.

“I’ll keep going for a long time,” she said. “I can’t give up sheep shearing.”

The last lighthouse keeper: Why a Nova Scotian couple refused to leave their island paradise
August 2, 2020 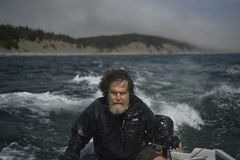 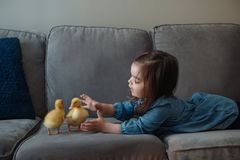 Canada’s horses are at growing risk of death as their owners face financial ruin
May 15, 2020 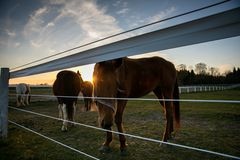