Concerns about single-use packaging now top food-safety considerations for grocery shoppers, a new study reveals, as Ottawa prepares to unveil a strategy to reduce plastic waste in the environment.

The survey by Dalhousie University says one in two Canadians actively shop for alternatives to plastic packaging, but few are willing to pay substantially more for green options, despite rising anxiety about the environmental harm caused by wrappers discarded after a single use.

That poses a significant challenge for big food retailers such as Loblaw Cos. Ltd., Metro Inc. and Sobeys Inc. as they scramble to respond to rapidly changing consumer demands. They face a delicate balance between maintaining food-safety standards and offering greener packaging customers aren’t necessarily willing to pay for.

It also shows that global concerns about plastic pollution are driving purchasing decisions, said Sylvain Charlebois, a professor in food distribution and policy and scientific director of the university’s Agri-Food Analytics Lab, which conducted the survey.

He cautioned that there were no major food recalls or contamination scares when the study was carried out, but said the findings nevertheless represent a significant change. Food safety has historically been top of mind for consumers.

“You’re seeing the market shift completely looking at the environment as being a much more important issue than food safety,” he said.

Can only the rich eat ethically?

Canada’s Liberal government on Monday will release the first phase of a strategy aimed at reducing plastic waste, although it is unclear whether that will include voluntary measures, outright bans on single-use items or new regulations that target product design.

In a sign of already shifting market behaviour, the Metro grocery chain in April began allowing customers across Quebec to bring reusable containers for use at its deli, meat, fish, seafood, pastry and ready-to-eat meal counters. The company said its goal was to reduce single-use packaging.

“The reality is you’re balancing food safety against recyclability and reusability,” he said. Retailers are more likely to ask suppliers to reduce the amount of plastic they use in products. “That’s the real power that retailers have, is to force the manufacturing community to think differently."

The Dalhousie study, titled The single-use plastics dilemma: Perceptions and possible solutions, surveyed 1014 Canadians between May 13 to 18 and has a margin of error of 3.2 per cent 19 times out of 20. Most respondents believed all sectors and levels of government have a role to play in reducing single-use packaging.

Bans were not as popular as deploying new technologies. However, nearly 90 per cent of respondents did not want to pay substantially more for environmentally benign alternatives such as biodegradable packaging.

While more people believe regulations to reduce single-use packaging for food should be strengthened, there are trade-offs to consider, Mr. Charlebois said. Eliminating plastic from the produce aisle can make it harder to trace fruits and vegetables, as required by new food-safety regulations. It could also increase food waste, while reusable containers can raise contamination risks, he said.

Currently, just 9 per cent of the plastic waste generated each year in Canada is actually recycled, with the rest sent to landfill, burned or dumped into lakes and rivers. That has amplified local anxiety over plastic pollution, while widespread images of dead seabirds and whales found with stomachs full of single-use shopping bags have increased concern about the issue globally.

“There’s lots of finger pointing going on and people are expecting industry and governments to act on this, but I’m not sure people are fully aware of the role of plastics in general in the food industry," Mr. Charlebois said. 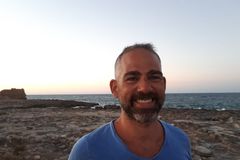 Is it possible to live truly plastic-free?
Subscriber content
May 13, 2019 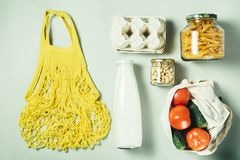