Sienna Senior Living Inc., one of Canada’s largest owners and operators of private, for-profit long-term care homes, has announced that a second high-ranking executive has left the company.

The turmoil in Sienna’s executive suite comes amid investigations into allegations of elder abuse at one of its long-term care homes and the death of a resident from apparent dehydration at another facility.

Canadian expert says he is confident COVID-19 vaccine is months, not years away

The Markham, Ont.-based company owns and operates 70 long-term care and retirement homes in Ontario and British Columbia, and manages another 13 facilities. Its long-term care homes in Ontario have been hit hard by COVID-19, the respiratory disease caused by the novel coronavirus. To date, 291 residents and three staff members have died of the virus, according to the provincial Ministry of Long-Term Care.

Hospitals have temporarily taken over three of Sienna’s long-term care homes in Ontario under mandatory management orders. The federal government has also deployed the Canadian Armed Forces to two of the homes, at the request of Ontario Premier Doug Ford. The military’s stay, which was set to end on Friday, has been extended for another two weeks.

“There is no doubt this has been a tough time for our organization,” Dino Chiesa, a real estate executive and chair of Sienna’s board, said in a statement. “Everyone is working around the clock trying to address the difficulties that have been brought on by the COVID-19 pandemic.”

Nitin Jain, the company’s chief financial officer, has replaced Ms. Cormack at the helm. The former personal support worker had been CEO since 2013.

Sienna has also appointed Joseph Mapa, former CEO of hospital network Sinai Health System, as executive adviser to Sienna’s board of directors. Last week, it hired Paul Boniferro, a former Ontario deputy attorney-general, to conduct a company-wide review into its policies and practices.

That same week, the Ontario government appointed hospital network William Osler Health System to take over management of one of Sienna’s homes – Woodbridge Vista Care Community in Vaughan, north of Toronto, where 18 residents sickened with COVID-19 were hospitalized late last month. The Canadian military has also been deployed to the home.

Long-Term Care Minister Merrilee Fullerton told reporters this week that ministry inspectors are investigating the circumstances surrounding an elderly resident at Woodbridge who died of exhaustion caused by malnutrition.

In addition to Woodbridge, the government has appointed hospitals to temporarily manage two other homes owned by Sienna: Altamont Care Community and Camilla Care Community, both in the Greater Toronto Area.

Altamont was featured in an Armed Forces report detailing horrific conditions at five long-term care homes in Ontario, ranging from poor infection control practices to the abuse and neglect of residents. To date, 53 residents have died.

Peel Regional Police have launched a criminal investigation into a whistle-blower’s allegations of elder abuse at Camilla Care. The whistle-blower was part of a team from Trillium Health Partners sent in to Camilla in late April to help deal with a COVID-19 outbreak at the home, where 68 of 236 residents have died.

Trillium has since taken over management of the home. 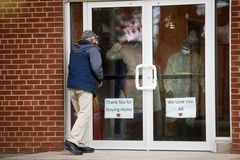 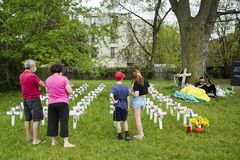 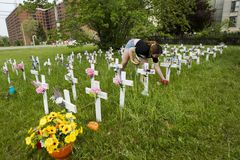