The oil industry’s next threat could be in the grocery aisle.

A worldwide movement to limit single-use plastics in food packaging poses a challenge for Canada’s fossil fuel sector, at the same time that large companies struggle with volatile prices, pipeline constraints and the global rise of electric vehicles.

Prime Minister Justin Trudeau on Monday said Canada would join other countries and ban as early as 2021 a range of everyday plastics that are frequently discarded after a single use, including forks and knives, shopping bags and stir sticks.

The move is part of wider efforts by the Liberal government to improve Canada’s dismal recycling rates and reduce pollution, just five months shy of a federal election in which the environment and climate change promise to be major issues.

The proposed ban would align with European Union regulations on single-use plastics, and a global push that some analysts and energy companies say has major implications for global oil demand and industry revenues.

The oil industry supplies chemical manufacturers with the building blocks needed to make resins that are used to create plastic products. Globally, petrochemicals account for the single-largest contributor to oil-demand growth out to 2040, according to the International Energy Agency.

“That doesn’t sound like a big number, but it’s not insignificant, particularly when you start to look at that as a percentage of oil-demand growth. It’s not nothing," said Katherine Spector, a research scholar studying the issue at Columbia University’s Center on Global Energy Policy in New York City.

To be sure, data are spotty about how much plastic winds up in single-use items versus durable goods such as cars. It’s also difficult to assess long-term impacts of new restrictions. And it can be hard to accurately define single-use plastics.

Moreover, a global ban is far from reality, and effects could be muted over time. “I do not consider that a big drop in demand over that time frame,” said Jackie Forrest, an analyst at ARC Energy Research in Calgary.

But forecasts of rising oil demand to make plastics may also butt up against shifting consumer tastes.

In a sign of shifting behaviour, a recent public-opinion poll by Dalhousie University said one in two Canadians actively shop for greener packaging options, although few are willing to pay a premium.

The lobby group for Canada’s oil producers declined comment on the impact of the measure. The Chemistry Industry Association of Canada, whose members include Imperial Oil Ltd., Inter Pipeline Ltd. and the Canadian arm of Dow Chemical, said it does not support bans of any kind.

Environmental groups applauded Canada’s proposed ban on single-use items, as well as the pledge to make companies that manufacture plastic products or sell items with plastic packaging pay for collection and recycling of their waste.

Ottawa said it would conduct a scientific assessment to determine specific items to prohibit and could also adopt policies requiring products to contain a set amount of recycled content, or be capable of being recycled or repaired.

Even as restrictions mount, companies are committing to new investments. In December, 2017, Inter Pipeline announced plans to build a $3.5-billion plastics plant in Northern Alberta to take advantage of provincial subsidies.

“We don’t support bans that aren’t based or rooted in science,” said Isabelle Des Chênes, executive vice-president of the Chemistry Industry Association.

Chelsea Rochman, an assistant professor at the University of Toronto’s department of ecology and evolutionary biology, said there is no question that single-use plastics harm wildlife as they break down in the environment, with potentially toxic effects.

"There’s no doubt that there is exposure and that these animals are eating the microplastics,” she said. 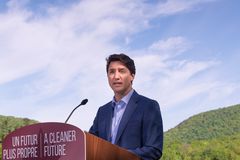 Malaysia to send plastic waste back to foreign countries including Canada
May 28, 2019 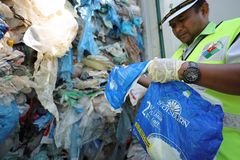 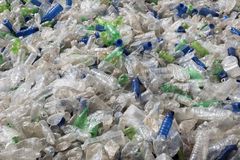