Solitary confinement continues to be overused in Ontario correctional facilities and should be phased out entirely, says one of the central figures responsible for drawing attention to the plight of Adam Capay, the 26-year-old Indigenous man who spent more than four years in isolation.

“I think there are likely other people in somewhat similar circumstances,” says Ms. Mandhane, who first brought the Capay case to public attention in 2016. “I really hope this government takes this as an opportunity to start to implement the necessary changes.”

Last month, Justice John Fregeau issued a stay of proceedings in the first-degree murder case against Mr. Capay. On Monday, the Crown declared it would not appeal the stay decision, bringing an end to the 6½-year proceeding and lifting a publication ban on details of the case.

Court records show Mr. Capay fatally stabbed 35-year-old Sherman Quisses on June 3, 2012, and then spent a total of 1,647 days in solitary confinement, much of that behind Plexiglas and beneath round-the-clock lighting.

His deterioration became public knowledge after Ms. Mandhane visited him during a tour of Thunder Bay District Jail and disclosed the grim details of her encounter to the media.

Mr. Capay told her his prolonged segregation had impaired his ability to speak and discern day from night. The Globe and Mail published the first in a series of stories about Mr. Capay and the officials responsible for his prolonged isolation on Oct. 18, 2016. Ministry officials would keep him in solitary confinement for another seven weeks, after which a court ordered his transfer to undergo a psychiatric evaluation.

Justice Fregeau’s 126-page decision outlined how the Thunder Bay jail failed to hold legally mandated reviews of Mr. Capay’s segregation status, advised staff to avoid talking to the inmate and neglected his declining mental health – among other misconducts that amounted to “prolonged, abhorrent, egregious and intolerable” breaches of his Charter rights.

“We respect the court’s decision,” Ms. Jones said in an e-mailed statement. “This situation began in 2012. We must prevent a similar case from happening again. Today our thoughts are with the family of Sherman Quisses. Ensuring justice for the victims of crime underlies our government’s approach to community safety.”

In her letter to Ms. Jones, Ms. Mandhane recommends the government launch an urgent action plan consisting of fifteen-day limits on segregation placements, judicial reviews of isolation decisions and bans on the segregation of pregnant, suicidal, mentally ill and physically disabled inmates.

In addition, she says the Capay case justifies calls to end the practice of solitary confinement in Ontario altogether.

“For many years, the OHRC warned the previous government that it was not placing sufficient emphasis on protecting the human rights of prisoners," Ms. Mandhane states in her letter. “Adam Capay’s treatment shows starkly that the failure to heed the OHRC’s repeated warnings has had a devastating impact on prisoners, victims of crime and the administration of justice.”

While solitary confinement of inmates in the federal corrections system has dropped significantly in recent years, figures in Ontario remain largely unchanged since Mr. Capay’s story came to light. Numbers released last year show that between 6 per cent and 8 per cent of the provincial system’s total population of around 7,000 inmates are segregated at any one time. Around 20 per cent of segregated inmates are held in isolation beyond 15 days.

The previous Liberal government passed a bill incorporating a number of Ms. Mandhane’s recommendations shortly before last year’s election. It has yet to be proclaimed by the Lieutenant-Governor and the new Progressive Conservative government has given little indication of their plans for the legislation.

“Not a lot has changed since Adam Capay was admitted to segregation,” Ms. Mandhane said. “The legislative regime remains largely the same.” 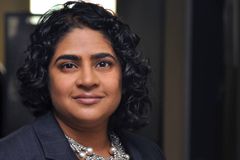 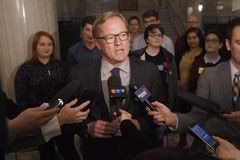 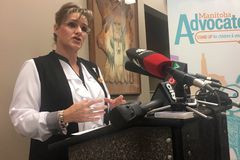