Fear of contracting COVID-19 in hospitals or doctors’ offices has prompted some moms-to-be to choose to take on midwives and have their babies at home, midwifery groups say.

A recent survey and reports from midwifery practices indicate that a pronounced uptick in women interested in home births began as the pandemic took hold in the spring.

One of them was Madeleine Shaw, of Victoria, who was 34 weeks pregnant in March and on track to have her baby in hospital with a doctor assisting. However, the prospect of contracting COVID-19 prompted a relatively last-minute switch to a home birth.

“Birth and certainly your first time is already something riddled with unknowns and anxieties for lots of people, and to put a pandemic on top of it was the icing on the cake,” Ms. Shaw said. “It’s scary now but it was really frightening then, because we knew so little at the time.”

Ms. Shaw, it appears, was not alone in her concerns.

In a survey of its members last month, the Midwives Association of B.C. found 89 per cent of those responding reported more women asking about the home birth option between March and November compared to inquiries made before that period.

Almost 40 per cent described the increased interest in homebirths as moderate or large.

In Ontario, a similar pattern emerged, said Jasmin Tecson, president of the Ontario Association of Midwives. Reports from across the province indicate more interest in both midwifery services and having babies in a non-hospital setting, she said.

“We have noticed a distinct increase in people choosing home or birth centre instead of hospital,” said Ms. Tecson, who has a midwifery practice in Toronto. “Practices on average, anecdotally, are reporting a planned [non-hospital birth] rate that’s roughly double.”

There’s little doubt, she said, the uptick has been related to COVID-19 fears, and the spike has been noted in the newly pregnant as well as among later-stage pregnancies.

Ms. Shaw, now 34, said another concern was that she would end up with little support in hospital given anti-pandemic limits on visitors and attendants. Having her baby, George, at home allowed her husband, doula and midwives to be on hand for what turned out to be an “ideal” birth in late April, she said.

Women choosing the midwife route are also keen to access pre- and postnatal care without having to venture out to doctors’ offices or hospitals for routine checkups and assessments, Ms. Tecson said. New moms are particularly reluctant to venture out in to the “bigger COVID-19 world” with a newborn, she said.

“The perception from the public is that if you don’t have to go out into the world, especially with a brand-new baby, they’d clearly rather not.”

Ms. Shaw, a director with the provincial public service, agreed, saying it was a huge bonus to have midwives come to her home both before and after George was born.

One thing still unclear is whether Canada will experience a baby boom or baby bust because of COVID-19. Shoppers Drug Mart said sales of home pregnancy test kits have risen but refused to provide details.

From her vantage point, Ms. Tecson said pregnancy rates themselves have not changed much.

“A lot of people thought there would be a lot of COVID-related pregnancies because of people snuggling up at home due to lockdown,” she said. “We haven’t seen that.” 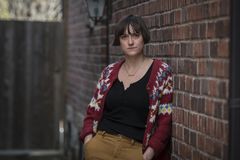 Lack of data on pregnant women raises questions about whether they should get COVID-19 vaccine
February 3, 2021 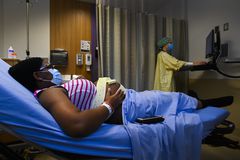