Now that they’re safely back in Florida, Rose and Perry Cohen are looking forward to one of the joys of retirement: an extended lunch with friends.

“We can extend our table,” Mr. Cohen said from his home in Century Village East, a sprawling retirement community in Deerfield Beach, just south of Boca Raton.

“They’re coming here for lunch, the table is long – they’re going to be at the other end.”

At a time of year when older Canadians traditionally flood the Florida peninsula to escape the harsh realities of winter at home, the Cohens have found themselves in the minority since arriving last weekend from Toronto.

“We were shocked to find out how many people did not come,” Mr. Cohen, 74, said.

“It’s quiet here. I mean, there’s cars, there’s people, but it’s like, ‘Where did everybody go?’ A lot stayed home. I guess they ran scared.”

Upwards of 70 per cent of the roughly 500,000 snowbirds who would typically migrate south at the end of the year opted instead to stay put in 2020, according to the Canadian Snowbird Association.

But Mr. Cohen said as long as one takes the proper precautions – constant mask-wearing, staying away from crowds, restaurants and bars and frequent use of hand sanitizer – he’s confident they can keep themselves just as safe as they would be at home.

And while many southern U.S. states didn’t appear to be taking the pandemic seriously when COVID-19 first erupted in North America in March, public attitudes in Florida appear to have evolved since then, he added.

“Everybody’s wearing a mask, everybody’s spacing, the markings are on the floor – people are doing what they’re supposed to do,” he said.

“When we started to see more of this going forward, that the individual is taking responsibility we felt comfortable at that point.”

Before making their decision to abandon their annual Florida trip, Hascal Rosen, 87, and his wife Sandra played out all the potential worst-case scenarios should one or both of them become infected in the U.S.

“We don’t even know which hospital they would take us to. Sandra could be hospitalized, I won’t be allowed to see her. How do I even speak to her, and vice versa,” Rosen said.

“And what if they tell us we have to go home? Well, the airline won’t take us because we have the virus, we’re not driving, so we’re just going to be stuck somewhere.”

So the Rosens opted to stay in Toronto, playing bridge online, talking to their kids on the phone several times a day and using the internet to place pickup orders for groceries, pharmaceuticals and other essentials.

“We’re feeling safer being here than being in a foreign country,” he said. “This is where we’re more comfortable.”

Martin Firestone, a travel insurance expert and president of Toronto-based Travel Secure, said roughly 80 per cent of his client base these days comprises older Canadians, whose insurance needs change after they hit 65.

And while roughly two thirds of his clients aren’t going south this year, demand for coverage has spiked in recent weeks as the colder weather kicks in and snowbirds like the Cohens realize it’s now or never.

“I’ve been such a proponent that this is not the time to travel. I’m in sales, but yet I say, ‘Think about the consequences,’” Mr. Firestone said.

“It’s really scary, yet my sales for this month are through the roof.”

Mr. Firestone, like many of his clients, said he’s looking forward to the fall 2021 travel season, when Canadians are likely to make the most of their new-found freedom – provided the vaccines are well-deployed and border restrictions are eased.

“Without sounding a little bit Trumpish here, I think it’s going to come back bigger and better than ever. And the reason is, we’re all going to appreciate what we used to take for granted.” 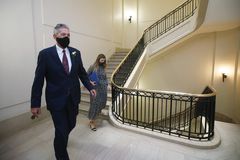 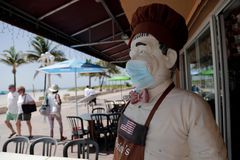 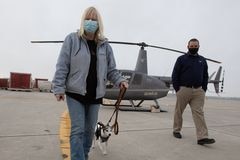