Students in Ontario and Saskatchewan were the only ones in Canada who did not improve in math over a nine-year-period, according to the latest results of a standardized test administered by the Council of Ministers of Education.

The Pan-Canadian Assessment Program (PCAP) test was administered in the spring of 2019 to about 30,000 students, in Secondary II in Quebec and in Grade 8 elsewhere. It offers a glimpse into how students in different provinces compare and provides data that can be used to examine education policy on student learning.

The focus of the 2019 test was math. It measured students’ understanding of numbers and operations, geometry and measurement, patterns and probability. Reading and science were also assessed.

The results showed that math scores had increased by 10 points over the baseline established in 2010. While the test scores in Ontario and Saskatchewan were the same as nine years ago, all other provinces showed a statistically significant improvement, the report stated.

Math has been a challenge for provincial governments over the past few years. Parents and experts in the subject have called for changes to how the curriculum is delivered, with a greater emphasis on teaching foundational skills in the early grades.

Anna Stokke, a professor in mathematics and chair of math and statistics at the University of Winnipeg, said she was heartened by the results, although she would have liked to see more students performing at the highest level.

“There’s been a lot of awareness raised across Canada about math and the problems with the way math was being taught in schools,” she said, adding that several provinces, including Ontario and Manitoba, have recently made curriculum changes.

Prof. Stokke said she was concerned about how students would fare not only in math but in other subjects when they take the test again next year, given that schooling has been disrupted by the pandemic. The assessments are administered every three years.

In Ontario, the government has made changes to the elementary-school math curriculum to address concerns around declining test scores. Caitlin Clark, a spokeswoman for Education Minister Stephen Lecce, said the province was “squarely focused” on improving math scores, and much of the decline happened under the previous government.

“Following years of stagnation under the former Del Duca-Wynne Liberal government, Ontario students will now learn the fundamentals of mathematical concepts in their entirety, financial literacy, numeracy skills, coding, and more, to ensure students can graduate with practical real life and job skills that will set them up for long term success,” she said in an e-mail statement on Tuesday.

Similarly, Saskatchewan Ministry of Education spokeswoman Chelsey Balaski said that the government released a new math resource in the last academic year to improve how math is taught and how students are assessed.

The PCAP report showed that students in Alberta, Ontario and Quebec performed at or above the mean score in math. It also found that there was no gender difference in math performance, although a higher proportion of boys performed at Level 4.

Meanwhile, in reading and science, girls achieved higher scores, on average, than boys.

In science, there was also a slight improvement from the baseline year of 2013. Alberta, Ontario and PEI were above the Canadian mean score, the report showed.

Toronto high school to move to remote learning due to COVID-19 outbreak
October 12, 2021 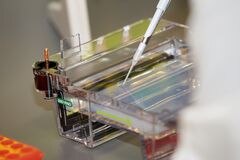 ‘Early-years literacy has suffered’: Signs of pandemic consequences from Canada’s largest school board
May 4, 2021 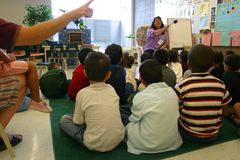