Statistics Canada is recalling data from a major national survey on the health of Canadians after a New Brunswick court ordered it disclosed to tobacco companies.

The data are in the Canadian Community Health Survey (CCHS), a large-sample national survey on people’s health status and the determinants of health. The survey results are shared with the provinces, with the consent of the participants, under agreements that prohibit unauthorized third-party sharing.

Researchers say the data are crucial to gain insights into issues such as smoking trends or risk factors in diabetes. Loss of the data, they say, could disrupt hundreds of projects and compromise the ability of public-health bodies to make decisions.

The New Brunswick government has taken big tobacco companies to court in an attempt to recoup costs from treating illnesses related to smoking. Statscan learned in February about a motion filed in provincial court ordering the disclosure of survey data, the agency said. In March, a judge ordered the information given to the companies so they could assess an expert witness’s estimates of the health-care costs.

“With the recent development in tobacco litigation, there is a risk to confidentiality of respondent information held within provincial and territorial departments and their authorized affiliates,” the agency said. “Canadians put their trust in our organization to protect their information, and we are committed to do what it takes to keep it safe.”

Statscan did not say which years are affected. Alberta Health has already destroyed all its copies of the survey, while Ontario and Manitoba have deleted some information.

The national statistical agency in August notified the provinces that its data-sharing agreement with them regarding the CCHS (and its predecessor, the National Population Health Survey) was terminated or amended, and that the data must be returned or removed.

The deadline for doing this has shifted. Statscan initially issued set dates in September and October; as of Friday, after a stay in proceedings of the New Brunswick case, a new deadline of next March was set.

The New Brunswick case has potential ripple effects for many health projects in Canada. Researchers say if no solution is reached to maintain access, future projects could be hindered, graduate study research disrupted and public-health units affected.

In Ontario, at least 100 projects at health research institute ICES rely on the community survey. (The province’s Ministry of Health has agreements with other partners, including ICES and public health units.)

“There’s a risk, and we need to find a solution and we’re all working hard on that,” said Michael Schull, ICES chief executive officer.

The Manitoba Centre for Health Policy deleted data in mid-September, said the centre’s director, Alan Katz. He has requested the data be reinstated given the deadline extension. Without it, he said, new projects such as an examination of the health toll of alcohol use will not be possible.

The CCHS data yield vital insights into health behaviours such as diet, smoking, alcohol consumption and levels of physical activity. The survey results can be linked with provincial data on health-care services to give a richer understanding of lifestyle and interactions with the health-care system. Before being made available to researchers, files and linked data are de-identified, meaning they’re scrubbed of names and addresses.

Public-health units use the data for planning, such as to prepare health-status reports. Ottawa Public Health says the CCHS is a primary data source for assessing population health. Program manager Amira Ali said not having the data "could affect our ability to do local population health assessment and could require a substantial change in the methods we use currently to understand the health of the population in Ottawa to inform our programs and services.”

The CCHS data are still available in the 32 research data centres on university campuses, Statscan said.

“Safeguarding existing assets and ensuring safe access to data is a priority,” the agency said. “After all the investments that have been made in creating valuable data, Statistics Canada has no desire to see a loss of any data investments. The last thing we want is for there to be the destruction or deletion of datasets.”

Other provinces are also in litigation with tobacco companies. The Supreme Court of Canada ruled last year that British Columbia does not have to grant access to personal health information. Philip Morris International Inc. had sought the raw data in heath-care records to assess whether government claims about the costs of treating smokers were correct.

The availability of health data to researchers “safeguards people’s lives in Canada,” said Amir Attaran, a professor in the faculties of law and medicine at the University of Ottawa. Regarding the New Brunswick case, “to let tobacco companies attack that through the court process effectively means that tobacco companies are endangering lives in completely new ways not involving a cigarette,” he said. 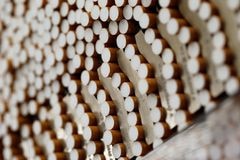 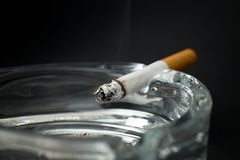