Reversing overdoses – something firefighters used to do once or twice a week – suddenly consumed entire shifts. Three, four, five times a day, members would administer oxygen or naloxone to patients, pulling them back from the brink before turning them over to paramedics or sending them on their way.

At the fire hall in the city’s sleepless Downtown Eastside, Vancouver Fire Rescue Services (VFRS) added a second medic truck to respond to a doubling in call volume.

To Jonathan Gormick, VFRS’s public information officer and special projects lead, it became clear that just sending crews out to one overdose after another – sometimes to the same person more than once a day – was an insufficient response.

“Some of the things that [patients] were dealing with were so apparent, and probably fairly easily remedied, but we didn’t have the tools or time,” he said.

“It just felt absolutely helpless to say, ‘Here’s naloxone, here’s oxygen. Maybe we’ll see you next week?’ I just wanted to stay and talk for 15 minutes and see what was going on.”

Instead of just reversing overdoses and leaving, VFRS could now return a few days later with an outreach worker, offering connections to supports such as addiction treatment, counselling or housing.

After a year of working out logistics and legal considerations, the program launched in September, 2019. Since then, CORT’s two-person team has contacted 140 patients, connecting 111 of them to services.

“This may seem out of the scope of fire, but it’s certainly not,” Capt. Gormick said. "Every time we’re on a call, we make a connection with someone, we develop a relationship, we’re let into their lives by virtue of seeing where they use or where they live, and some problems jump out that are relatively easily solved.

“There are little things that can make someone’s life a little less awful and also make the likelihood of subsequent overdose less. So why are we just reversing overdoses when we can address what the cause is?”

Chris Dickinson, an outreach worker who helped launch the program, said it helps reach a demographic the existing overdose outreach team alone cannot. Most referrals to the team come from local hospitals, but many overdoses are reversed within the community, he said. As well, some people choose not to go to the hospital after an overdose, for a variety of reasons.

“The great thing about the combined overdose response team, in conjunction with the firefighters, is that we really capture those people who aren’t presenting to the hospital … but are still very much looking for support in accessing services,” he said. “It broadens our catchment, it broadens our ability to connect with people.”

Asked whether there have been any surprising observations in the program’s first year, Capt. Gormick offers two. The first is the broad range of overdose patients, across income brackets and geography. There was a lawyer, a student living with his parents, an inmate who was just released after a seven-year term to an entirely transformed drug landscape.

There have been overdoses in back alleys, swanky condos and detached homes in affluent neighbourhoods. More than 40 per cent of VFRS’s overdose calls are outside of the Downtown Eastside, he said.

The second is the multitude of barriers preventing people from getting help. Some people in the suburbs, for example, didn’t feel comfortable talking to their family doctors about their addiction. Others said they couldn’t miss school or work to make appointments, not knowing that alternative scheduling is available.

He recalls the student who hid his overdose from the parents he lived with.

“If you talk to parents of deceased kids, or partners of deceased people, they say, ‘I had no idea they were struggling that badly,’ ” Capt. Gormick said. “People with addictions can be professionals at hiding their use – and it’s all because of stigma.” 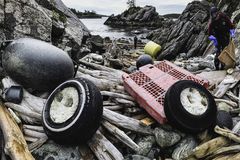 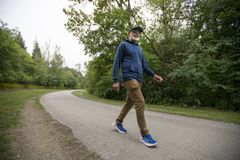