Debbie Wiseman wasn’t surprised early in the pandemic when she started seeing families in her community post pleas on Facebook like this one: “My husband and I only have a can of soup to share today, can anyone help us?”

As a child growing up in St. John’s, she’d lived through food insecurity herself; her family relied on food hampers donated by her school to get through lean times. So when the city had to temporarily shut down local food banks because of the COVID-19 pandemic, leaving some residents desperate, Ms. Wiseman was determined to help.

As a member of the St. John’s-based Social Justice Co-operative, she started researching new ideas to address increased food insecurity in the city and came across an initiative that had taken hold in Nova Scotia. Since its inception in 2006, the Hunters Helping the Hungry program had helped facilitate donations of big-game meat to food banks across the province.

Given Newfoundland and Labrador’s dense moose population and big-game-hunting culture, she figured a similar program would already be in the works, if not up and running. It wasn’t – although another St. John’s resident had been trying to establish one since 2008. Ms. Wiseman reached out to him and offered to help make it happen.

Barry Fordham of the Newfoundland Outdoor Heritage Coalition had started out by contacting the Minister of Fisheries and Agriculture directly, speaking with him and other associations in hopes of amending legislation that only allows donations of game meat to change hands a limited number of times. An amendment would mean a hunter could use a government-approved butcher to process a carcass before donating it to a food bank, which could then distribute it to people in need.

St. John’s has plenty of those: A recent study by the University of Toronto’s Proof Food Security Policy Research Centre declared it the most food-insecure city in Canada, with one out of every six households unsure of where their next meal will come from.

What the initiative really needed was a large amount of public support – something organizations such as the Social Justice Co-operative are experts at generating. That’s where Ms. Wiseman came in.

Midway through the summer, she wrote and circulated an online petition that quickly gained 1,000 signatures, executed a multipronged social-media strategy and, when the media called, said yes to every interview that came her way.

Mr. Fordham says she was “nothing short of a godsend,” and credits her life experience with helping her understand the urgency of food insecurity and giving her the drive to move things forward.

With the public momentum they’d generated and a new minister in charge, Ms. Wiseman and Mr. Fordham requested a meeting this past summer with provincial officials. After 12 years of unproductive conversations, the government now plans to remove regulatory barriers, paving the way for a pilot program in November.

Under the program, hunters will be able to take their moose carcass to a government-approved butcher and allocate a certain amount for donation. Considering the average-sized moose provides hundreds of pounds of meat, hunters need a lot of freezer space, a strong taste for moose meat and plenty of similarly inclined friends, family and neighbours to use it all up. Now, a portion can be ground, portioned into one-pound packages and frozen before being distributed to food banks.

Although Ms. Wiseman has been a vegetarian for several years, she says she advocated for the program because the moose will be hunted anyway, and without it people will go hungry. Not everyone, she says, is as lucky as she has been.

Calling herself lucky might sound like a bit of a stretch: Ms. Wiseman was only 7 when she lost her father, leaving her mother, Pat, juggling multiple jobs to pay the bills and keep her children fed.

It was a struggle, but she made sure the children never went hungry by relying on inexpensive bags of potatoes and cheap cuts of meat to get through the month, and turning to donations when the money didn’t stretch far enough. “She’d say that although we didn’t always have what we needed, we could get it because of the kindness of others. And because of that, we were lucky.”

A couple of years ago, after the death of her sister, she set herself a goal: to attend a meeting of the Social Justice Co-operative. She did and immediately felt she’d found “her people.” But she still struggled to leave the house.

Ms. Wiseman has finally found her footing, however, thanks to the pandemic: “When COVID happened, all of our meetings went online, and at that point, I really felt like I could get involved,” she says. “Because of that, I became more confident. I found my voice.” 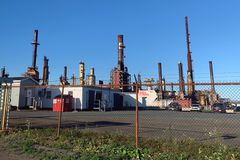 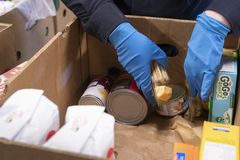 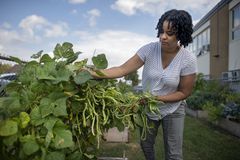