A lack of health data may be putting Canadians of certain races and ancestry at risk, according to a Toronto researcher who has found large gaps in the existing research on the prevalence and outcomes of breast and cervical cancers among black women in the country.

Onye Nnorom is a family doctor, who holds the job of black health theme lead – advancing black health at the University of Toronto’s faculty of medicine. She said collecting health information that accounts for Canadians’ race and ancestry is critical, as it can help doctors and researchers understand how and whether certain populations are disproportionately affected by illnesses, including cancer.

When doctors are unable to recognize disparities among certain groups, “then we’ve missed the boat," said Dr. Nnorom, who is also a public health and preventative medicine specialist. "So people either have worse outcomes, and in the worst case scenario, they die unnecessarily because we’re not identifying those differences and we’re not able to identify those risk factors.”

Dr. Nnorom is the lead author of a new paper, published in the Journal of Health Care for the Poor and Underserved, that examined nearly 2,000 studies, published between 2003 and 2018, for information on cervical and breast cancer in black Canadians. Of them, she and her team found only 23 studies that focused on these cancers in black Canadians.

Some of these studies showed varying rates of cancer screening among Canadian women from sub-Saharan Africa, from Latin America and the Caribbean, and those who have been in the country for generations, highlighting the diversity of Canada’s black population, Dr. Nnorom said. None of the studies reported the incidence, prevalence or mortality rates of cervical cancer for black women in Canada, and none reported the prevalence or mortality rates of breast cancer.

Dr. Nnorom said she homed in on this body of research because international studies have shown black women are disproportionately affected by these cancers in other countries, and she wanted to know whether and how this applied to women in Canada.

In the United States and Britain, for instance, black women have been shown to have poorer outcomes for cervical and breast cancers than white women, owing to different potential factors, including inequalities in access to health care or a predisposition to more aggressive forms of breast cancer.

Leila Springer, founder and executive director of the Olive Branch of Hope, said the women with breast cancer her Toronto non-profit organization supports, who are primarily of African-Caribbean heritage, need answers to how their disease affects them.

Ms. Springer said she wants to know why a specific type of cancer, namely triple negative breast cancer, appears to be particularly prevalent and aggressive among women of African ancestry. Moreover, she said: “Is the treatment that is being given to us … the correct type of treatment? Because if you don’t have the research on this group of people, how do you know?”

At McMaster University, cancer biologist Juliet Daniel, who was not involved in the literature review, said she is currently studying breast cancer tissue from women in the Caribbean and Nigeria. But accessing tissue from black women in Ontario has been a challenge because data are not typically collected during surgery to identify whether a tumour comes from a black patient, she said.

Dr. Daniel, who is a professor in the department of biology, said research into specific groups can have implications for the rest of the population. For example, she said mutations in the BRCA1 gene, associated with a higher risk of breast cancer, were first identified in Ashkenazi Jewish women. But scientists now know these mutations can be found in all women, and the BRCA1 gene is now widely used as a biomarker for increased risk of breast cancer, she said.

“So research on cancer disparities in any ethnic group may actually provide significant insight into cancer risk, development and survival in general and can actually expedite biomarker and drug development, and lead to improved health-care policies,” she said. 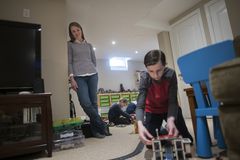 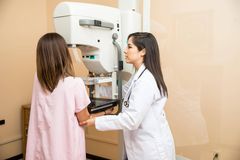 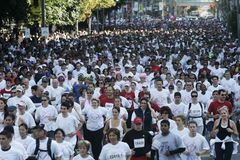