A new study in England suggests even just one dose of the Pfizer-BioNTech and Oxford-AstraZeneca vaccines are extremely good at keeping people from ending up in the hospital if they contract COVID-19 from the Delta variant of the virus that causes it.

The news is particularly welcome in Canada, where a focus on first doses means more than two-thirds of Canadians are now partially protected from COVID-19, but only about one in eight are fully vaccinated.

Delta, one of the variants first identified in India, is proving to be the most infectious of the variants known so far, and Monday prompted British Prime Minister Boris Johnson to push back plans to lift all public health restrictions next week.

A surge of cases linked to Delta has tripled the COVID-19 infection rate in the United Kingdom in the last three weeks. The U.K. had seen the number of new cases fall to below 30 for every one million people in mid-May, from more than 1,000 in January. It’s now back up to more than 100.

Last month, Public Health England said a single dose of Pfizer or AstraZeneca was only about 33 per cent effective at preventing symptomatic cases of COVID-19 after one dose, but after two doses, that rose to 88 per cent for Pfizer and 60 per cent for AstraZeneca.

On Monday, Public Health England said it had new data that showed the vaccines were doing really well at keeping people from getting extremely sick.

The study, based on 14,000 people with confirmed cases of COVID-19 due to the Delta variant between April 12 and June 4, found two doses of either vaccine were more than 90 per cent effective at keeping people out of the hospital. There were a total of 166 hospitalizations in the group.

Ontario infectious disease specialist Dr. Isaac Bogoch says the study is a ray of hope at a time when “good news is in short supply.”

“If people’s aim is ‘I don’t even ever want to get COVID,’ then the vaccine doesn’t look that good,” he said. “But if, if they’re looking at ‘well, I still might get COVID but I’m not going to get really sick,’ then that’s an incredibly encouraging thing.”

Evans said the Delta variant is spreading fastest in the U.K. among people who have no vaccinations at all.

Canada is also vaccinating faster than ever, averaging more than 10 doses a day for every 10,000 Canadians in the last week. With more than 13 million doses expected in the next eight days, the supply is also coming in faster than ever.

While individual provinces have set their own vaccine targets and reopening plans, chief public health officer Dr. Theresa Tam set a tentative national goal to get 75 per cent of eligible Canadians vaccinated with one dose, and 20 per cent with both doses, before most outdoor restrictions can be lifted.

At current rates Canada is set to hit the 75 per cent with one dose goal before the end of this week, and 20 per cent with two in eight to 10 days.

Tam has warned however that with Delta’s added infectiousness, Canadians need to continue to be careful and follow public health orders, particularly between their first and second doses. 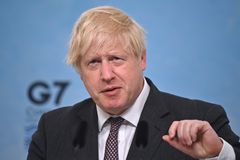 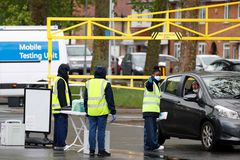 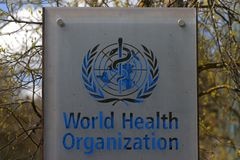