Dave McGinn
Published May 7, 2021 Updated May 7, 2021
Comments
Text Size
Please log in to listen to this story. Also available in French and Mandarin. Log In Create Free Account

A new startup using technology developed at Toronto’s Sunnybrook Health Sciences Centre promises to improve the breast cancer surgery experience for patients and may help address the backlog of surgeries that has been growing during the pandemic.

The MOLLI Surgical technology is designed to simplify the way surgeons identify the location of a tumour. Currently, surgeons are guided to a tumour in one of two ways: In most cases, a radiologist uses a needle to insert a wire into the breast that is hooked to the tumour on the day of the surgery – a process that can contribute to a patient’s discomfort and anxiety. It can also prove frustrating in the operating room, since the wires sometimes move, making it more difficult for the surgeon to pinpoint the tumour. In the other method, a radioactive seed is placed inside abnormal breast tissue through a needle, a technique that requires tracking and disposal of radioactive material.

The MOLLI system uses a magnetic marker roughly the size of a sesame seed that can be implanted in a tumour weeks before surgery and located easily by a surgeon using a wand attached to a tablet screen.

Dr. Nicole Look Hong, a surgical oncologist at Sunnybrook who co-created the technology, calls it a “patient-centred approach” that could help relieve some concerns leading up to surgery.

But its biggest benefit could be how it streamlines breast cancer treatment scheduling, Dr. Look Hong said.

Using the wire method, radiology, pathology and surgery departments must all co-ordinate their schedules to perform their respective tasks on the same day.

With MOLLI, a radiologist could insert the seed up to 30 days prior to surgery.

“Radiology, pathology and surgery all have to work in concert, communicate very clearly, everything has to go just right in each one of these departments for that stool to be held up and the patient’s care to be delivered seamlessly. And because they’re all linked and everything has to happen on the same day, unforeseen events, as they happen in the provision of care, throw that off,” he said. “The real innovation, the breakthrough with MOLLI, is that we decouple all of that.”

That allows each of those departments to schedule more optimally, he said.

Dr. May Lynn Quan, medical director of the Calgary Breast Health Program at the Foothills Medical Centre, said the technology could streamline the traditional process even further if the magnetic marker could be inserted at the time of biopsy when a tumour is detected.

“We could potentially remove a procedure from the patient’s journey and allow them to go straight to surgery,” she said.

Improving the efficiency of breast cancer surgery is critical at a time when there is such a large backlog of surgeries because of the pandemic, said Dr. Fazila Seker, president and CEO of MOLLI Surgical.

A study published in the journal JAMA Network Open in March found there was a 60-per-cent drop in cancer surgeries in Ontario immediately after the pandemic was declared in March, 2020.

Breast cancer accounts for approximately 25 per cent of new cases of cancer and 13 per cent of all cancer deaths in women in Canada, according to government data.

The MOLLI technology was granted clearance for use south of the border by the U.S. Food and Drug Administration last week. It is currently awaiting approval from Health Canada.

“This is a triumph of advancing imaging,” said Dr. Andrew Smith, president and CEO of Sunnybrook.

Although MOLLI was originally conceived as a way to improve breast cancer surgery, it is essentially a locating tool that can have much wider applications, Dr. Seker said.

“We’re really looking broadly across all surgeries,” she said. 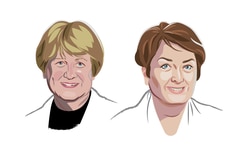 COVID-19’s collateral damage: What happens when Canadians with other illnesses miss out on medical care?
March 28, 2021 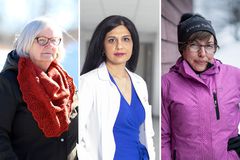