A Supreme Court nominee sketched out a portrait of himself as a judge without a personal agenda, who has surprised himself at how often he has changed his viewpoint after hearing out counsel and his colleagues on a case.

Answering questions on Tuesday at a public nomination hearing of Parliamentarians, Mahmud Jamal also underlined the importance he sees in his nomination – as the first person of colour on the court since it was established in 1875. He also recalled his arrival as a teenage immigrant in Edmonton as an extraordinary moment in his life.

Soft-spoken, articulate and relaxed during the first Supreme Court nomination hearing done by Zoom, he quickly won ringing endorsements from members of all parties.

Bloc Québécois MP Rhéal Fortin, pointing out that one of Justice Jamal’s two sons has the same name as the Prime Minister, said: “I don’t think you even needed to call your son Justin; you were always destined for the Supreme Court.”

Conservative MP Michael Cooper said: “I have no doubt you will be a credit to the Supreme Court and a credit to Canada.”

Prime Minister Justin Trudeau nominated Justice Jamal, a member of the Ontario Court of Appeal, on Thursday. A group of MPs and senators had just four days to prepare for the session – much less than the six weeks or so routinely accorded to senators in similar hearings in the United States. In the Canadian system, the prime minister retains the authority to appoint his nominee should the Parliamentarians object. Justice Minister David Lametti describes the hearings as a “get-to-know-you” meeting.

It was moderated by University of Ottawa civil law dean Marie-Ève Sylvestre, who set down the ground rules: no questions about cases he has handled, or issues he might face, or about the appointment process itself.

The Prime Minister chose Justice Jamal to replace Justice Rosalie Abella, a forceful liberal voice for the past 17 years on issues ranging from equality law to international human rights to criminal law. She retires on July 1 when she turns 75.

Justice Jamal, in his application form made public last week and in his comments in Tuesday’s hearing, endorsed a cautious, balanced approach to being a Supreme Court judge.

Judges, he said, do not have “unfettered discretion”; they need to respect legislators and the executive, and often do not have the information that those branches of government have. But at the same time, they need to act “fearlessly” when the Constitution is violated.

And his mind is open, he stressed. “You have to have a willingness to change your mind. I’m astounded by the number of times I read the briefs, think I know what I’m going to do on a case, and then listen to the arguments, listen to my colleagues and change my view.”

He said as a judge he believes in exercising “conscious objectivity” – a phrase used by former chief justice Beverley McLachlin, which he said requires one “to have empathy for each of the parties, to understand their perspectives, and then to decide based on the evidence and the facts.”

Justice Jamal talked in opening remarks about his family’s origins in Gujarat, in British India in the 19th century, followed by three generations in Kenya and then a move to England in 1969, where the family faced racism “daily.” Arriving in Edmonton in 1981, he found a high school with a diverse population where everyone got along.

“I thought, ‘Hey, this is an extraordinary place.’”

Senator Claude Carignan asked him why he mentioned his religious faith in his application form, and whether that might reflect on his objectivity in religious freedom or secularism cases. (Justice Jamal was raised in an Ismaili Muslim family and converted to the Baha’i faith; his wife, a refugee from Iran, is Baha’i.)

He responded that everyone knows who the Jewish and Christian judges are, he didn’t want speculation about his background, and “it’s who I am.”

Asked about being the first person of colour on the court, he said he is “very mindful of the responsibility that comes with that role. I’m going to do my utmost to honour it and discharge it.” He said he thinks his appointment, if confirmed by the Prime Minister, would be helpful for other minority Canadians. “I think it gives them aspirations. It gives them hope in public institutions.”

But when asked what his diversity might add to the court’s reasoning process, he said: “My experience is not better or worse than anyone else’s.”

Justice Jamal was a Bay Street lawyer practising in a wide range of areas, representing banks and other big businesses, including Big Tobacco, for 23 years. He also handled constitutional, civil, administrative and other cases, and often worked pro bono for the Canadian Civil Liberties Association and other groups.

“I spent my career on Bay Street, but I wasn’t of it,” he said in response to a question of whether he is in touch with the views of regular Canadians. “It wasn’t where I came from.”

He also said in response to questions about Indigenous issues that “reconciliation is all about respect,” and he expressed astonishment that the last residential school closed as recently as 1996 – the year he became a lawyer. 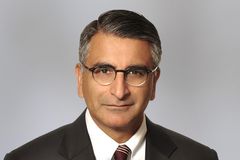