The Supreme Court of Canada has stressed the individual right to sue to protect their reputation, in its first interpretation of new laws aimed at discouraging lawsuits designed to shut down free speech.

The question at the heart of these laws – when is a lawsuit meant to intimidate, and when is it a legitimate attempt to protect one’s good name – split the court, which in a 5-4 ruling allowed Ontario doctor Howard Platnick to continue his $16.3-million defamation suit against lawyer Maia Bent, who criticized him confidentially to members of an e-mail list. Her comments were leaked and republished.

Reputation is a “plant of tender growth [whose] blossom, once lost, is not easily restored,” Justice Suzanne Cóté wrote for the majority, citing an earlier ruling from the court.

The minority, in a dissent written by Justice Rosalie Abella, countered: “Dr. Platnick’s lawsuit – and the exorbitant amount of damages he is seeking – is precisely the kind of claim that has the effect of stifling expression on matters of public interest.”

Even so, some observers found the court’s interpretation, on the whole, positive for freedom of speech in Bent v. Platnick and one other case from Ontario that it addressed on Thursday.

Ontario, B.C. and Quebec have passed laws in the past two decades that provide those facing costly, drawn-out lawsuits, often for defamation, the chance at an early exit in court, by stressing the public interest in open debate. (Such lawsuits have been dubbed by free-speech advocates as “strategic litigation against public participation,” and the laws are thus known as anti-SLAPP laws.) Ontario’s anti-SLAPP law was passed in 2015.

In one of the two cases before the Supreme Court, the president of a non-profit environmental group, Pointes Protection Association, had gone before the Ontario Municipal Board and criticized a proposed subdivision. The land developer, a numbered company, sued the group for $6-million, alleging the president had violated a contractual agreement with the developer limiting its public statements. Pointes Protection sought to have the case thrown out, using the anti-SLAPP law.

In that case, the court was unanimous in setting out a broad framework in which freedom of speech is a cornerstone of Canadian democracy, but in which the right to sue over one’s reputation is also fundamental. The court said, again unanimously, that the case was an easy one: Any harm to the developer was slight, and the public interest in the environmental group’s right to speak out far outweighed that harm. (Also, the court said the developer’s interpretation of its contract was simply wrong.)

The second case – a test of the new framework on free speech – divided the court. In it, the president-elect of the Ontario Trial Lawyers Association, Ms. Bent, had written to the members on a private e-mail list expressing concern about bias in medical examination reports for insurers. She claimed that a doctor for an insurance assessor in a car-accident case, Dr. Platnick, had wrongly altered an assessment from another doctor. After it was leaked and republished, Dr. Platnick sued her for defamation. Ms. Bent, using the anti-SLAPP law, sought to have Dr. Platnick’s lawsuit thrown out.

The court’s majority said the lawsuit should be allowed to continue. It said the potential harm to Dr. Platnick’s reputation outweighed the harm to freedom of speech – whether directly to Ms. Bent, or in a potential chilling effect on others. Critically, it found that Ms. Bent may have no valid defence. One of the defences to defamation is “qualified privilege” – when someone has a duty to say something, and an audience has a duty to receive it. But the majority said that she had gone beyond qualified privilege because there was no necessity to use Dr. Platnick’s name to make her point, and because she had made no efforts to check the accuracy of her remarks. And her allegation that he altered another doctor’s report appears to be false, the majority said.

The minority said that withholding the defence of qualified privilege from Ms. Bent because she identified Dr. Platnick makes no sense.

“Qualified privilege exists to acknowledge the benefit of expression which is relevant to protecting the public interest, including protecting the public from the perpetuation of wrongdoing or injustice,” Justice Abella wrote, joined by Justice Nicholas Kasirer, Justice Sheilah Martin and Justice Andromache Karakatsanis. “Generic accounts of misconduct, which do not refer to specific persons (and are therefore not defamatory in the first place) do not require the protection of qualified privilege.”

Timothy Danson, a lawyer representing Dr. Platnick, said the ruling had reaffirmed that free speech is not a licence to injure the reputation of others. “What’s most significant is the recognition that as important as freedom of speech is in this country, free speech has never included the right to defame someone,” he said.

He said Ms. Bent’s comments caused Dr. Platnick to be “blacklisted” by the insurance industry. “His life was destroyed.” The Supreme Court, and the Ontario Court of Appeal, which came to the same conclusion in the case, know “you cannot recover from that kind of libel.”

Howard Winkler, a lawyer representing Ms. Bent, said in an e-mail that his client was disappointed by the ruling, but that the court had not decided on the defamation claim itself. “Ms. Bent looks forward to pursuing her defences to the claim of Dr. Platnick and she will continue to advocate for a fair and accessible automobile insurance dispute system in Ontario,” he said.

Iain MacKinnon, a lawyer representing several media organizations, including the Canadian Media Lawyers Association, that intervened at the Supreme Court, said the majority view of “necessity” to preserve qualified privilege was “the biggest red flag for me as a media lawyer,” because it could become harder to use the defence.

The rulings may have an important, though tangential, consequence. Andrew Bernstein, a Toronto lawyer not involved in the two cases, said that the court had affirmed in the Pointes Protection case that anti-SLAPP laws apply not only to defamation, but to other types of lawsuits. As a result, he said, it may be possible for sexual-assault or harassment victims, or others who settle with their abusers and sign non-disclosure agreements, to speak up about what happened them and try to shut down any subsequent lawsuits over a breach of confidentiality, as being contrary to the public interest. 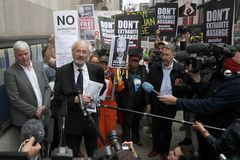 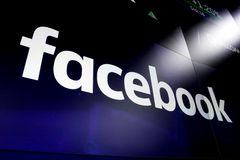