Children’s wishes will be given new importance in international cases of alleged abduction by a parent after a Supreme Court of Canada decision changed the ground rules for determining whether a child must be returned to another country.

In an unusually sharp dissent, three judges said the ruling on Friday will “benefit would-be abductors” by allowing them to be rewarded when their children develop roots in their new communities. It would also encourage abductors to manipulate the emotions of the children, the dissenters said.

The 6-3 ruling came in a dispute between separated parents over where their two children should live. The family of four, all Canadians, had been living in Germany, but the children were struggling in school. The father had custody, but allowed the mother to bring the children to St. Catharines, Ont., for the 2013-14 school year. When the consent agreement ended, he sued in the Ontario Superior Court of Justice under a 1980 international agreement known as the Hague Convention on child abduction to have the children returned.

By the time it reached the Supreme Court, the case had been resolved in a roller-coaster two-year process. The trial judge said the children had to be returned to Germany. On appeal by the mother, Ontario’s Divisional Court threw out the ruling, saying the children had become integrated into their new community. The father appealed, and the Ontario Court of Appeal restored the original ruling, saying a child’s habitual residence does not change when a parent gives consent to a time-limited stay in another country. The mother then returned with the children to Germany, obtained custody and brought them back to Canada.

The Supreme Court said the issues were important enough to address even though the dispute was settled.

Written by the now-retired chief justice Beverley McLachlin (judges have six months after retirement to complete the cases on which they sat), the ruling sets out a new approach for Canadian courts applying the Hague Convention. (Canada is one of about 90 signatories.) The convention sets out the terms for returning children to the country of their “habitual residence.” Until now, previous parental intention on what the home country is usually, with some exceptions, would settle the matter.

But the Supreme Court majority said that approach is out of line with an international trend in the European Union, Australia, New Zealand and parts of the United States. That approach focuses neither on parental intention nor children’s wishes, but on a hybrid of those two, plus other factors, such as whether children have settled into their new community.

“The reality is that every case is unique,” Ms. McLachlin wrote.

Under the flexible, hybrid approach, children’s views will be given new weight, as long as a judge determines they are mature enough to have a say. (There is no specific minimum age at which they qualify.)

A judge “considers all relevant links and circumstances,” the chief justice wrote. And, even where parental intentions had been clear, one parent, acting on his or her own, may be able to depart from those intentions: “There is no rule that the actions of one parent cannot unilaterally change the habitual residence of a child.”

The ruling did not apply its new interpretation of the Hague Convention to the current case because it was already settled, prompting the father’s lawyer, Steven Bookman, to say it will be years before Canada’s courts work out what the new interpretation means in practice.

He has cases, he said, in which mothers have brought the children to Canada, saying they wish to visit the children’s grandparents for a month or two. The father gives a time-limited consent. Such consents are now “meaningless,” he said.

The dissenting authors, Justice Suzanne Côté and Justice Malcolm Rowe, supported by Justice Michael Moldaver, were scathing. The ruling “effectively permits one parent to unilaterally change a child’s habitual residence without the other parent’s consent even in the face of an express agreement,” and promotes abduction, they said. “The uncertainty generated by this ad hoc approach benefits would-be abductors.” 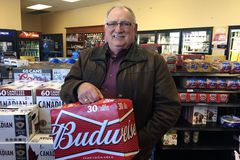