The country’s highest court is about to begin an experiment in a key stage of its legal process: oral argument.

Next month, the Supreme Court of Canada will begin holding its hearings by video conference. The four scheduled cases include one on criminal-court delay in which a lower-court judge stayed a charge of murder. The video hearings resume again in September, with a major case on the federal carbon tax. The court had cancelled its hearings from March through May, because of the COVID-19 pandemic.

In oral argument, lawyers have anywhere from five minutes to an hour to cut to the heart of an issue. Judges may bombard them with questions. It is a last-ditch opportunity that comes after thousands of words have been spilled in legal briefs, lower-court rulings and transcripts.

Ottawa lawyer Eugene Meehan, who used to work for the court and now specializes in Supreme Court cases, doesn’t think removing direct human contact between judges and legal counsel will be good for his clients – or for Canada.

“When you argue in the Supreme Court, the judges all see you and you see them, face to face, eyeball to eyeball,” says Mr. Meehan, who was the court’s executive legal officer from 1990 to 1992 under Chief Justice Antonio Lamer. “Because of the deliberate design and placement of the counsel desk and the judges’ bench there is eye contact with every single one of the nine judges.”

Without that direct personal contact, Mr. Meehan says, lawyers and judges lose the nuances. Lawyers can’t read the room and judges can’t read one another. Judges sometimes ask questions just so another judge can hear the answer.

Video “works for quarantinis among friends, book clubs, Scrabble; not for something so fundamental as our basic human rights,” Mr. Meehan said in an email. “So many big cases from the Supreme Court – such as abortion, federal versus provincial powers, gay rights – we OK with all that law being laid down on a TV screen?”

The video hearings will put the Supreme Court far in front of its U.S. counterpart, which this month began holding hearings by telephone conference calls. Canada’s Supreme Court hearings in June feature a lawsuit and three criminal cases. Hearings resume in September, with three days scheduled for the carbon-tax case, which pits the governments of Saskatchewan, Ontario and Alberta against Ottawa, and will have dozens of intervenors.

Chief Justice Richard Wagner will be in his office, said court executive legal officer Renée Thériault, and the other judges will be connected remotely. Some have been working from home during the pandemic. The court is considering what technology to use, keeping security in mind, Ms. Thériault said.

Lawyers scheduled to appear before the court in June say they will likely webcast from an office or boardroom, rather than work from home, where a child or dog may interrupt.

“For the sake of at least some decorum, I think I might just be in the office,” said Vancouver lawyer Eric Purtzki, who will represent a man arguing police entrapment in a cocaine trafficking case. Counsel will be expected to wear robes.

While not ideal, Mr. Purtzki said the use of video is appropriate in the circumstances. “My client has a conviction for a drug offence hanging in the balance," he said. "He wants his case resolved. The legal community and the courts have to respond to that.”

It won’t be the court’s first use of video. In 1985, it set up videoconferencing in its main courtroom to allow lawyers to make their submissions without travelling to Ottawa. But the technology has not been used frequently in oral argument.

The Quebec Court of Appeal branch in Quebec City has been using video links since the 1990s for lawyers from distant communities, who save travel time and thousands of dollars of expenses for their clients. And inmates arguing their own appeals have done so by video from jail.

Oral advocacy is the “cornerstone" of the Anglo-Canadian legal tradition, says veteran criminal defence lawyer Brian Greenspan. Jim Phillips, who teaches law at the University of Toronto, says oral arguments often evoke an emotional response – “that kind of response that gets you to say, ‘Yeah, this is just unfair’” – and then offer up a legal framework for judges.

“Then the exercise becomes working out how they can find it’s unfair, given all the constraints that the previous cases and the statute and their institutional role put on them,” Mr. Phillips says.

Even so, legal observers have questioned whether oral argument matters at appeal courts. Participants usually answer that it does, though only in a limited number of cases, or simply to persuade the judges to frame a case in a new way. Now the question is: Does the direct human contact matter?

“Videoconferencing would not have much on an impact on the rate of success,” retired Supreme Court judge Louis LeBel said in an interview. From his experience with lawyers linked by video, on both the Quebec appeal court and the Supreme Court, “lawyers remained as good or as poor as they were in person.”

However, he is concerned about judges’ attention spans in long hearings. “I am not completely sure about cases where you have many intervenors or appeals that stretch over a couple of days. It may be more challenging for the judges to maintain the same level of attention as if the lawyers were actually before them.”

Ken McEwan, a Vancouver lawyer, represents a company in the first Supreme Court videoconferencing case, a lawsuit. “This feels a bit like it’s going to be like learning to drive a car all over again," he said. "Where do you look? When do you mute?” 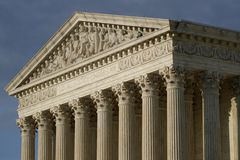 U.S. Supreme Court hears arguments by teleconference for first time due to coronavirus pandemic
May 5, 2020 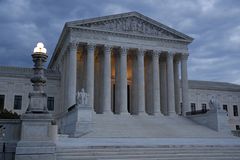