The Supreme Court of Canada has ruled that a trove of files related to murder victims Barry and Honey Sherman be unsealed and opened to public access.

The unanimous decision found that trustees of the wealthy Toronto couple’s estate failed to establish a major risk to their safety and privacy, and that public interest and the principle of open court proceedings require unlocking the files.

“In this case, the risks to privacy and physical safety cannot be said to be sufficiently serious,” Justice Nicholas Kasirer wrote.

“The sealing orders should not have been issued. Open courts can be a source of inconvenience and embarrassment, but this discomfort is not, as a general matter, enough to overturn the strong presumption of openness.”

In June, 2018, a lower court judge issued an order protecting the files, which concern the appointment of estate trustees and would ordinarily be available for public inspection.

The order stemmed from the notion that individuals named as beneficiaries or trustees of the estates would be at risk of harm because the Shermans were found slain in their home.

That decision has now been set aside, affirming an Appeal Court ruling that lifted the sealing orders and marking a win for Toronto Star reporter Kevin Donovan.

Mr. Donovan, an appellant along with his newspaper, applied to have the files opened up and wrote extensively about the case over the past 3½ years.

Barry Sherman, the billionaire chairman and CEO of pharmaceutical firm Apotex Inc., was found dead with his wife in their house on Dec. 15, 2017, two days after the homicides. The couple were philanthropists and well-known members of Toronto society, sparking intense interest in their deaths and the resulting police investigation.

Autopsy results revealed the couple died by “ligature neck compression” and police have said there were no signs of forced entry.

The family hired its own team of private investigators and offered up to $10-million for information that would help solve a case that shocked the city and made international headlines.

The killings remain unsolved and the investigation is ongoing.

Toronto Star publisher Jordan Bitove stressed the “importance of independent and trusted journalism in our country.”

“The court made clear today a fundamental point about the principle of open court proceedings. We are pleased that the court has delivered that message powerfully,” he said in a statement.

In a written submission to the Supreme Court last year, the Shermans’ estates and trustees contended the general public interest in maintaining court openness cannot outweigh the “serious invasion of privacy and grave physical safety risks” posed by disclosure.

Court openness is protected by the constitutional guarantee of freedom of expression and is “essential to the proper functioning of our democracy,” Justice Kasirer wrote in the Supreme Court decision.

“The question is not whether the information is ‘personal’ to the individual concerned, but whether, because of its highly sensitive character, its dissemination would occasion an affront to their dignity that society as a whole has a stake in protecting.”

Justice Kasirer said that while information in the sealed files “might well cause inconvenience and perhaps embarrassment,” they do not reveal “anything particularly private” about the trustees and beneficiaries.

The risk of bodily harm also underpinned their argument to keep the files under lock and key.

“There is no dispute that the feared physical harm is grave. I agree with the Toronto Star, however, that the probability of this harm occurring was speculative,” the decision states.

Torstar holds an investment in The Canadian Press as part of a joint agreement with subsidiaries of The Globe and Mail and Montreal’s La Presse. 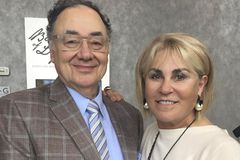 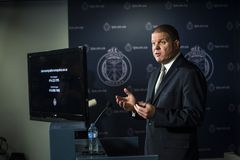